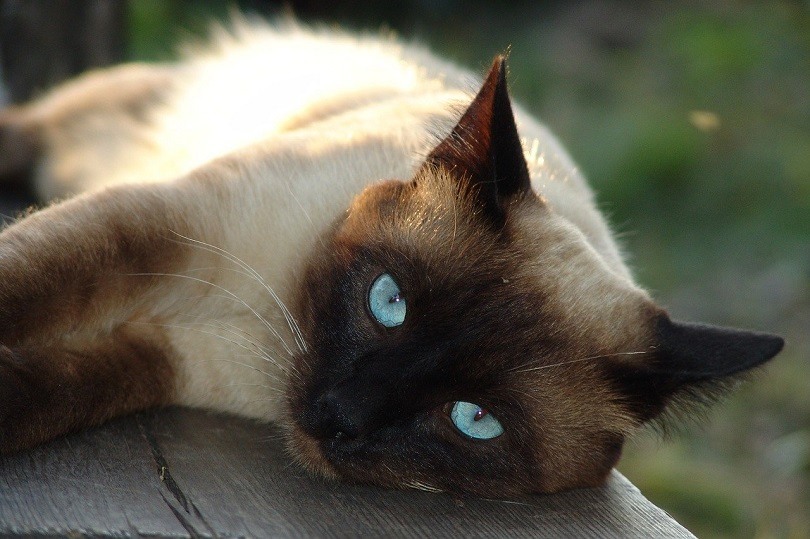 If you are looking to purchase a cat for your home, one of the first questions many people have is what the cheapest cat breeds are. However, with more than 70 cat breeds available and new breeds coming out every day, it can be difficult to sort them based on cost. We have chosen 11 of the least expensive breeds to list for you here to help you narrow it down. We’ll show you what each one looks like and tell you a little about it so you can see if it’s right for your home. We’ll also tell you the average cost, but some prices will vary based on breeder location and quality.

The Turkish Van is an increasingly popular cat breed notable for its medium-long shaggy hair. It has a specific color pattern named after the cat, and the color is only present on the head and tail, with the rest of the body sporting a white color. It’s an athletic and energetic cat that’s well suited to large families that can keep it entertained throughout the day. It’s one of the lowest costing cats on this list though it is somewhat rare, so it can be difficult to find a breeder.

The ragdoll is another cat breed that sports an interesting color pattern. These cats have a ColorPoint pattern, a form of albinism resulting in white fur on the body’s warmer parts and color on the cooler regions. The cat will usually have color on the face, legs, and tail, getting darker at the extremities. It’s a calm, gentle, and sociable animal that gets along well with other animals and children. You can expect to pay about $400 for one of these kittens.

Siamese cats also have a ColorPoint pattern in their fur and can have any of several colors on their face, including blue, lilac, chocolate, fawn, and several others. It has a loving and loyal temperament, and you will often find it sitting at your feet or on your lap. It tends to live between 8 – 12 years and has very few health problems. Since this breed is so popular, it’s not hard to find them at low cost, and you can usually pick one up for about $200.

Burmese cats first came to America in the 1930s and instantly became a favorite because of their bright eyes. It has a long lifespan and is very intelligent. It’s easy to train to do tricks and is affectionate and loves when you carry it around. It’s available in several colors, including sable, dark brown, platinum, and many others. These cats are a bit rare these days, but you can still find breeders willing to create them for a price between $500 and $1000, depending on where you live.

The Manx cat is an unusual cat that often has a bobbed or shortened tail., It’s extremely people-oriented and will often seek out human companionship and get into mischief if left alone for too long. As long as it’s close to its owner, it’s very calm and well suited to families with babies. It’s also intelligent enough to train several tricks and will often be waiting at the door for you to return home. It’s available in a wide range of colors and patterns, so you are sure to find one you like. It costs between $500 – $800, so it’s one of the more expensive breeds on this list.

The Himalayan cat is another breed that features the ColorPoint pattern on its fur, so you can expect a mostly white cat with color on the face, tail, and feet. Its hair is long, so it’s very soft and cuddly. These cats have a sweet temperament and like to be around people, so they are a great breed for large families with children. However, these cats can also get moody and may require time to themselves. You can usually purchase a Himalayan cat for around $300 in most areas of the United States.

The Cornish Rex is a unique cat breed with extremely short hair that is more like a down than fur, though it’s available in a wide variety of colors and patterns. Most owners describe it as having a doglike temperament because it likes to follow you around the house, sit by your feet, and will usually come running when you get home from work. Despite its unique characteristics, you can usually find this breed at low cost, and they typically don’t exceed $100.

The Oriental Shorthair is another breed with extremely short hair that makes a fine pet. These cats shed very little, so you won’t find fur all over your furniture and clothes as you do with other breeds, though you will need to take extra steps to help keep them warm and out of the sunlight, so their skin doesn’t burn.  They are available in more than 300 colors and patterns, so you can get any type you like. These cats are extroverts that thrive in a large family with lots of company. You can usually purchase one for about $400 – $500.

The Havana Brown cat breed is very distinctive, and they have an especially bat-like appearance when they are kittens. As the name suggests, these cats are usually brown or brown, black. These cats have a long lifespan and are extremely curious, so you can expect them to dig around in all your closets and under your bed. It’s intelligent and can learn several tricks and will be able to communicate what it wants. These cats are somewhat rare, so it’s hard to pin down a price, and we found them for sale anywhere between $300 and $1500.

The Snowshoe cat is a relative of the Siamese breed, and like those cats, it has a pointed color pattern, though Snowshoe cats tend to have a bit more color on their back. These cats have a very long lifespan, and some can live more than 20 years though most will fall a little short. Most owners describe this breed as one of the most affectionate you can find, so it’s a perfect choice for families with children and people that like to lounge around with a cat on their lap. Because it’s related to the popular Siamese breed, you can usually find Snowshoe cats between $200 and $250.

The Domestic Shorthair is the last breed on our list but is the most popular in the United States. A Domestic Shorthair is any American cat that isn’t part of a specific breed and is instead a mix of several. While these cats may not have the pedigree, they are often friendly and loyal and will provide you with close to 20 years of companionship if you keep them healthy. These cats are often free of charge, and even the most adorable ones will cost less than $50, so it wins as the most affordable cat.

Of the 11 cat breeds on our list, the Domestic Shorthair emerges as the most affordable cat, followed closely by the Himalayan, Siamese, and Turkish Van. The Domestic Shorthair will also be the easiest to find, and you can usually have one the same day, while it might take considerably longer for the other breeds. Before you seek out a breeder, we recommend looking around at your local animal shelters to see if they have the breed you are looking for at a discount price. Often these animals will save you even more money because they have already had their shots.

We hope you have enjoyed our look into these cat breeds and have found a few you would like to keep as a pet. If we have helped you find your next cat, please share these 11 most affordable cat breeds on Facebook and Twitter.