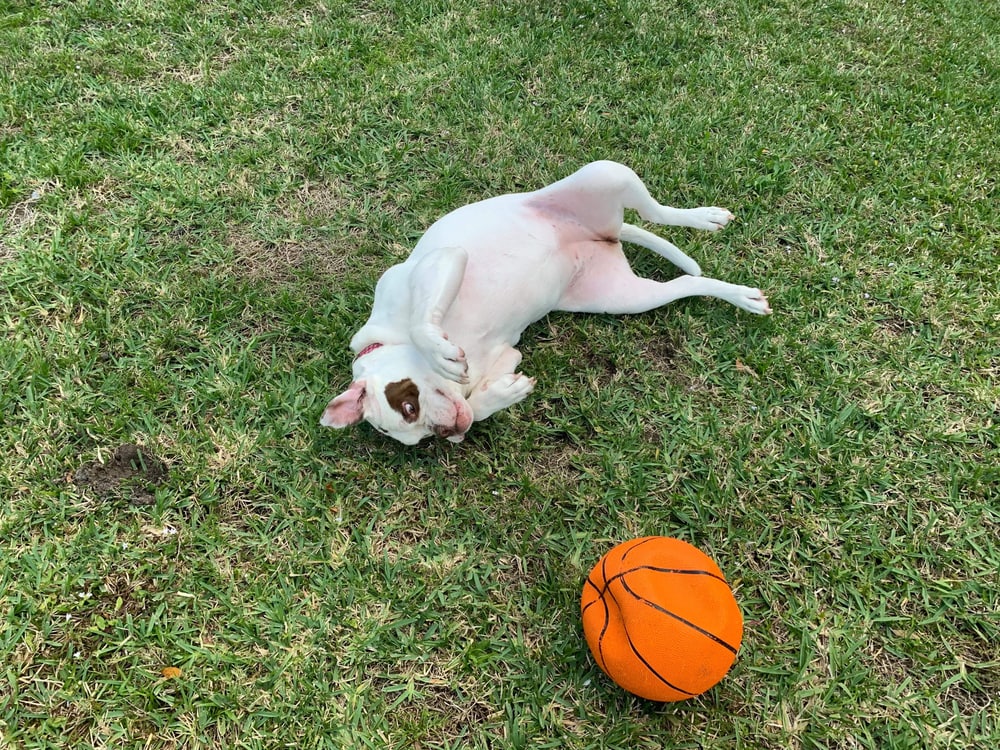 There are many types of Bulldogs in the world, but few can boast such a special lineage as the Alapaha Blue Blood Bulldog. This breed was created in America by a single family that lived near the Alapaha River after which the breed was named. The family wanted to save the “Ol’ Plantation Bulldog of the South,” which was becoming a rare breed after it had once been plentiful. Though first officially recorded in 1979, the breed’s roots go much farther.

Like most varieties of Bulldog, the Alapaha Blue Blood Bulldog is a thick, stocky, muscular dog with surprising athleticism. Unlike many Bulldogs, this breed doesn’t drool! They’re known for being excellent companion pets, though they were originally used for working on the plantations in the Southern US. These Bulldogs tend to be aloof with strangers, which just serves to make them even better watchdogs and guard dogs.

Alapaha Blue Blood Bulldogs aren’t the most energetic of dogs, but they still require ample space to exercise their athleticism. Still, they can be kept in apartments if plenty of exercise is provided, though they will do best in a home with a yard. But be aware that these dogs do have a tendency towards aggression that will need to be socialized and trained early on.

Though this breed is pretty rare, they’re not as expensive as you might think. Granted, for superior-quality specimens with breeding rights and top-notch genetics, you’ll be shelling out a pretty penny. But if you just want to add an Alapaha Blue Blood Bulldog to your family as a pet, you won’t have to spend an exorbitant amount.

Truthfully, these dogs sell for about the same price as an American Bulldog. The average price of an Alapaha Blue Blood Bulldog is $1,300. This means that there are plenty selling for even less than this, so you might be able to find a specimen for $1,000 or even less. On the same note, many specimens cost quite a bit more, even if they’re not show quality or don’t come with breeding rights.

If you’re looking for top-quality lineage with papers and the rights to breed, then you should multiply the average price of an Alapaha Blue Blood Bulldog severalfold. You’ll pay at least $2,500-$3,000 for a pedigreed puppy, and prices climb sky high from there. It’s not unheard of for these dogs to cost as much as $10,000!

1. The Breed’s Origins Are Undocumented

It’s believed that the Alapaha Blue Blood Bulldog breed is about 200 years old. However, there was no official documentation of the breed until 1979. Still, members of this breed and similar ones were used to working on plantations in the south long before the 1970s. They went by several different names back then, including Cowdog, Catahoula Bulldog, and Silver Dollar. Of course, these dogs weren’t used for companionship; they were strictly intended as working and hunting dogs, guarding homesteads, driving cattle, and hunting game.

Though called Bulldogs, Alapaha Blue Blood Bulldogs are missing many Bulldog traits. For example, this breed doesn’t drool, which most Bulldog breeds are known to do excessively. They’re also quite tall for Bulldogs, standing around 2 feet in height, making them much more similar to an American Bulldog than a French or English Bulldog.

When Papa Buck Lane decided to rescue the plantation dog breed of the south, he set to work combining these dogs into a single, unified breed. They were already all quite similar, but this joining is what created the Alapaha Blue Blood Bulldog we know today. Most of the Bulldogs used to create this breed are now extinct, including the Old Country Bulldog, Old Southern White, and the Mountain Bulldog.

If you were to sum up the temperament of this breed in a single word, it would be loyal. This is one of the most loyal breeds around. When Papa Buck was originally working on the breed, his favorite dog was named Otto. Otto lived for generations, as each time he died, a new Otto was named. When Papa Buck died, Otto continued to guard his grave long after his death, showing the true depth of loyalty of an Alapaha Blue Blood Bulldog.

Aside from loyal, these dogs are also affectionate. However, they have a tendency towards aggression; particularly the males. You’ll want to train this out early with lots of socialization. Luckily, this is an easy breed to train.

Alapaha Blue Blood Bulldogs tend to be rather quiet. They’re also very wary of strangers and are generally rather aloof. However, because of their fierce loyalty, they’re the ideal guard dogs, and they’re willing to put their life on the line defending their family. That said, they want and need a lot of affection and attention, so they’re not suited to being left outside or away from the family.

This breed makes a great family pet. They’re gentle, playful, and great with kids, though they can be a bit stubborn. You’ll have to make sure to socialize out any aggressive tendencies early on if you want your Alapaha Blue Blood Bulldog to be a good pet for the family. Make sure you set your place as the dominant alpha in the household and your dog will be an obedient and faithful companion.

These dogs have somewhat high prey drives due to their hunting history, so you’ll want to be careful with smaller dogs around them. But if you properly socialize your dog and you keep socializing it regularly and often from a young age, then it should be able to get along with other dogs. Cats, on the other hand, might never do well with an Alapaha Blue Blood Bulldog.

Things to Know When Owning an Alapaha Blue Blood Bulldog:

Alapaha Blue Blood Bulldogs are a pretty sizable breed, so expect to spend quite a bit on food each month. You’ll want to find a large-breed-specific food to ensure your dog is getting adequate nutrition.

For the most part, any high-quality dry kibble for large breeds should do. We would recommend either finding food that includes glucosamine and chondroitin or supplementing your dog’s diet with them as they can aid in joint health, which is important for breeds like the Alapaha Blue Blood Bulldog that are susceptible to joint health problems like hip dysplasia.

Though not overly energetic, this breed still needs a good bit of exercise. They do best with a backyard where they can romp and play around, though it doesn’t have to be very large. Even so, they can still do well in an apartment, but you’ll need to provide ample exercise opportunities; at least 30-60 minutes daily.

To train one of the Bulldogs, you’ll have to establish a dominant role. This requires a firm hand and plenty of confidence, which is why it’s recommended that these dogs are not trained by beginners. Still, if you manage to secure your role as the alpha, training an Alapaha Blue Blood Bulldog is quite easy. They’re intelligent dogs that are easier to train than most, making it a rewarding process for someone experienced in dog training.

Like most Bulldog breeds, Alapaha Blue Blood Bulldogs have short coats. They shed only a moderate amount, so they don’t require much grooming and maintenance. Simply brush the coat out once each week to eliminate the excess loose hair. When your dog stinks, give it a bath, and be sure to keep the nails trimmed and the ears clean. This breed doesn’t have any special or unique grooming needs; just the basics.

The biggest problem for the Alapaha Blue Blood Bulldog breed is the limited numbers they have to work with. Because of this small genetic pool, some health concerns have become more prevalent. Still, they’re a rather hardy breed overall, and there aren’t too many health concerns that you need to watch out for.

There are some major differences between male and female Alapaha Blue Blood Bulldogs, albeit, mostly physical. Males are far larger than females and large males can weigh twice what a small female does. Females can be as light as 50 pounds, and they generally don’t weigh more than 75 pounds. Weights for males start at about 75 pounds, though they can get up to 100 pounds. Surprisingly, they’re rather similar in height, with females standing 20-23 inches tall and males only sometimes taller with sizes ranging from 20-25 inches.

There are some temperamental differences between the sexes as well, though these tend to fall in line with other Bulldog breeds. Males are often the more aggressive sex, though females tend to display more territorial behavior.

Undyingly loyal, affectionate, and slobber-free, the Alapaha Blue Blood Bulldog makes an excellent pet, watchdog, and companion. However, they’re not for everyone. You need to have a firm hand and previous dog-training experience to deal with this Bulldog’s stubborn personality, but once you establish dominance, they’re actually quite easy to train.

This breed was created from several Bulldog breeds that are now extinct, making them a piece of living history. Of course, they’re quite rare, even though breeding efforts have pulled them back from the brink of extinction. But if you can find one, you’ll have a great pet that will get along with everyone in the family and is willing to give its life up protecting any member of the pack.