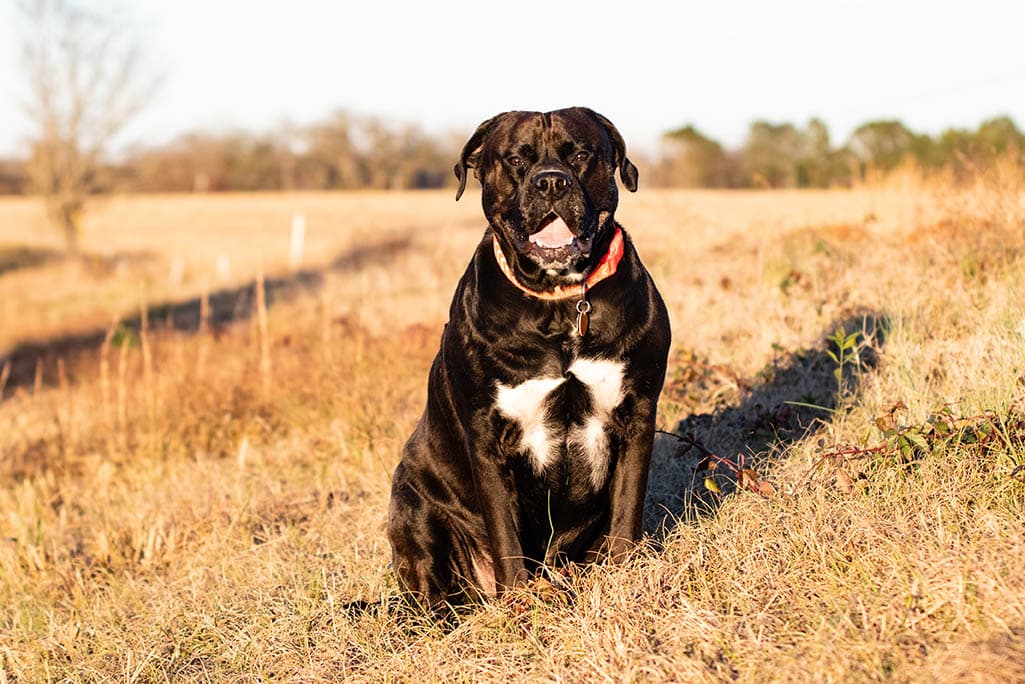 For this reason, it can be difficult to determine what a mixed breed will act or look like. However, the dog can only inherit traits from either the American Bulldog or the Labrador, so we can make broad predictions.

It is rare to find a breeder that specializes in American Bulldog Lab puppies. Because this isn’t a registered breed or even considered a separate breed, there are not many breeders around. Typically, these puppies are “accidents” or the result of home breeders. You’re likely to find them at local animal shelters and rescues.

If you rescue one of these puppies, you can expect to pay about $100-$300. This is mostly to cover their vaccinations and medical needs, which can be somewhat expensive for these puppies. Adult dogs will likely cost about the same and may be easier to find. Check local rescues, and let them know what you’re looking for. Many will be more than happy to call you if a dog that matches your description comes through the door.

If you happen to find a breeder that specializes in these dogs, you can expect to pay a bit more, about $500 to $1,000. However, depending on the parentage of the puppies, they may be priced higher.

1. These dogs may be completely trainable or absolutely stubborn.

Because of the temperaments of each parent, this mixed breed may either be easy to train or extremely stubborn. There will be large differences between puppies even in the same litter. Likely, none of the puppies will be quite as stubborn as the American Bulldog. However, none will be as trainable as a Labrador either. Most puppies will be somewhere in between, but extremes on either side of the spectrum are possible.

While the Labrador Retriever mostly has solid colors, this mixed breed often does not. This is largely due to the genes from the American Bulldog, which almost guarantees that the puppy will end up with markings of some sort. Of course, solid colors are possible but this is rare.

3. Their exercise needs will vary.

The American Bulldog is an active breed that is known for short bursts of energy. They tend to run around quickly for a time, but their endurance doesn’t allow them to keep going for long. The Labrador Retriever is the exact opposite. They have a great deal of endurance that allows them to go for a long time. However, they aren’t quite as active as the American Bulldog. The mixed-breed puppies can end up anywhere in the middle.

The temperament of this breed can vary widely. Typically, they are friendly with people, even to the point of being a little too friendly. Early socialization is important to prevent your canine from becoming over-excited every time that someone new shows up. They are typically affectionate and loveable. However, they are not lapdogs by any means.

These canines are quite active in their demeanor. They want to play frequently and tend to hold onto their puppyhood longer than most dogs.

They can be a bit protective of their family, which can lead to aggression. Some of these dogs may make good watchdogs, but others will simply be too friendly. They are courageous and loyal. Whether that overcomes their friendly nature depends on the dog.

These dogs may be incredibly stubborn, or they may not be stubborn at all. This is the area where you will see the most difference, even between puppies in the same litter. It simply depends on what parent they take after the most.

Yes, they can be. Whether this dog is a fit for your family depends largely on how active your family is and how much time you have available to commit to a dog. As larger dogs, American Bulldog Labs need quite a bit of training to ensure that they are well-behaved around people. Socialization is also important to ensure that they understand that strangers are not a threat to their humans and to lessen their protectiveness.

These dogs are affectionate and playful. However, they do require quite a bit of exercise and time. For this reason, we do not recommend them for families that aren’t active or don’t have much time to commit to a dog.

Because of their large size, these dogs are good for little children as well. Just be sure to supervise, as these canines can get excited and accidentally knock kids over. However, the child is likely not going to hurt these dogs, which prevents the likelihood of pain- or fear-based biting, the most common type of biting in dogs.

They can, but their tendency to be territorial can throw a wrench in their relationship with other dogs. Typically, proper socialization will leave you with a canine that at least tolerates the presence of other dogs. Early socialization is important and required. We absolutely recommend puppy classes for these dogs.

While American Bulldog Labs are not hunting dogs, they do like to chase things. This can be a problem for pets like cats and even chickens. These dogs are not particularly good with livestock animals. Early socialization can help, but you should still be careful regarding cats and similar animals.

Things to Know When Owning an American Bulldog Lab Mix

These dogs do not have any specific dietary requirements. They are quite large, which means they eat more compared to some other canines. You should preferably purchase a high-protein food with plenty of meat. Avoid fillers and unnecessary carbs, like high amounts of grains and veggies.

You should be careful when feeding these dogs as puppies. We recommend a puppy food that is specifically designed for large breed puppies, as these will contain extra nutrients that these larger dogs need to grow. You should avoid overfeeding puppies, though, even if they seem to act hungry all the time. Too many calories can cause the dog’s growth to outpace their bones and joints, which can lead to things like hip dysplasia later.

It is extremely important to stick to the correct feeding guidelines when your dog is little.

These canines are extremely active. It doesn’t matter which parent they take after, you should plan on taking them on long, frequent walks. Outside playtime is extremely important, though you should keep them in a fenced-in area. These dogs can learn a reliable recall sometimes, depending on the level of their stubbornness. If your dog doesn’t seem to listen to your commands all the time, you shouldn’t trust them to come back when asked.

These dogs are typically quite good at agility competitions and enjoy playing a variety of games. They are quite intelligent, which you can use to your advantage while exercising them. Teach them games like hide-and-seek to exercise their body and minds at the same time.

Because of their intelligence, these dogs can learn commands relatively easily. They are fast at figuring out what you want them to do. However, this doesn’t necessarily mean that they’re going to do what you say every time that you ask. Often, these dogs have some level of stubbornness.

The rare American Bulldog Lab may have no stubbornness at all and readily do whatever you ask. But most will at least consider whether they want to follow a command or not. Some may be incredibly stubborn and only respond when something is in it for them (like food).

Due to their high energy levels, these canines are extremely play-driven. You can usually use toys to play with them instead of treats. The same basic training principles apply. Simply ask them to do a command, and when they do, throw the ball or play tug for a moment. The playtime acts as the reward. This is a great way to wear them out and do training at the same time.

These dogs don’t have high grooming needs. They do shed quite a bit, so occasional brushing may be needed to lessen the amount of fur that ends up all over your home. However, they don’t have many grooming needs besides this. They may need an occasional bath if they get obviously dirty, but this will only be necessary if they roll around in mud or something similar.

As for all dogs, regular toothbrushing is recommended. You should also check their ears for built-up debris regularly, though this is less of a problem for this breed. Their nails will need to be trimmed regularly. However, due to their high activity, they may need them cut less often than some other breeds do.

As a mixed breed, these dogs are generally healthier than many others. They are less likely to inherit genetic conditions because they are drawing on a larger genetic pool. However, they are still prone to a few conditions, mainly due to their size.

These dogs are prone to hip dysplasia, as there is a great deal of weight being put on their hip joints. This can be quite serious for some dogs, while others may have no symptoms at all. Proper feeding during the puppy years is extremely important to prevent this.

They may also develop conditions like progressive retinal atrophy, cataracts, and skin allergies. However, these are rarer than they are in other breeds.

While males may be a bit larger, these dogs vary so much, it is hard to notice differences between sexes.

This mixed breed is often large and active. They do best in active families that have plenty of time to exercise and train them. They are typically friendly but do require socialization to get along with strangers and other dogs. They may be stubborn or extremely trainable, depending on what traits that they inherit from their parents. Either way, they are extremely smart and enjoy playing games like hide-and-seek.

Because they inherit a larger pool of genes, they are much healthier than either of their parents. Proper feeding in the early years can go a long way toward preventing hip dysplasia, which they are somewhat prone to due to their larger size.

We recommend this breed for active families with plenty of extra time. These dogs get along equally well with younger and older children, so they are good dogs to grow up with.