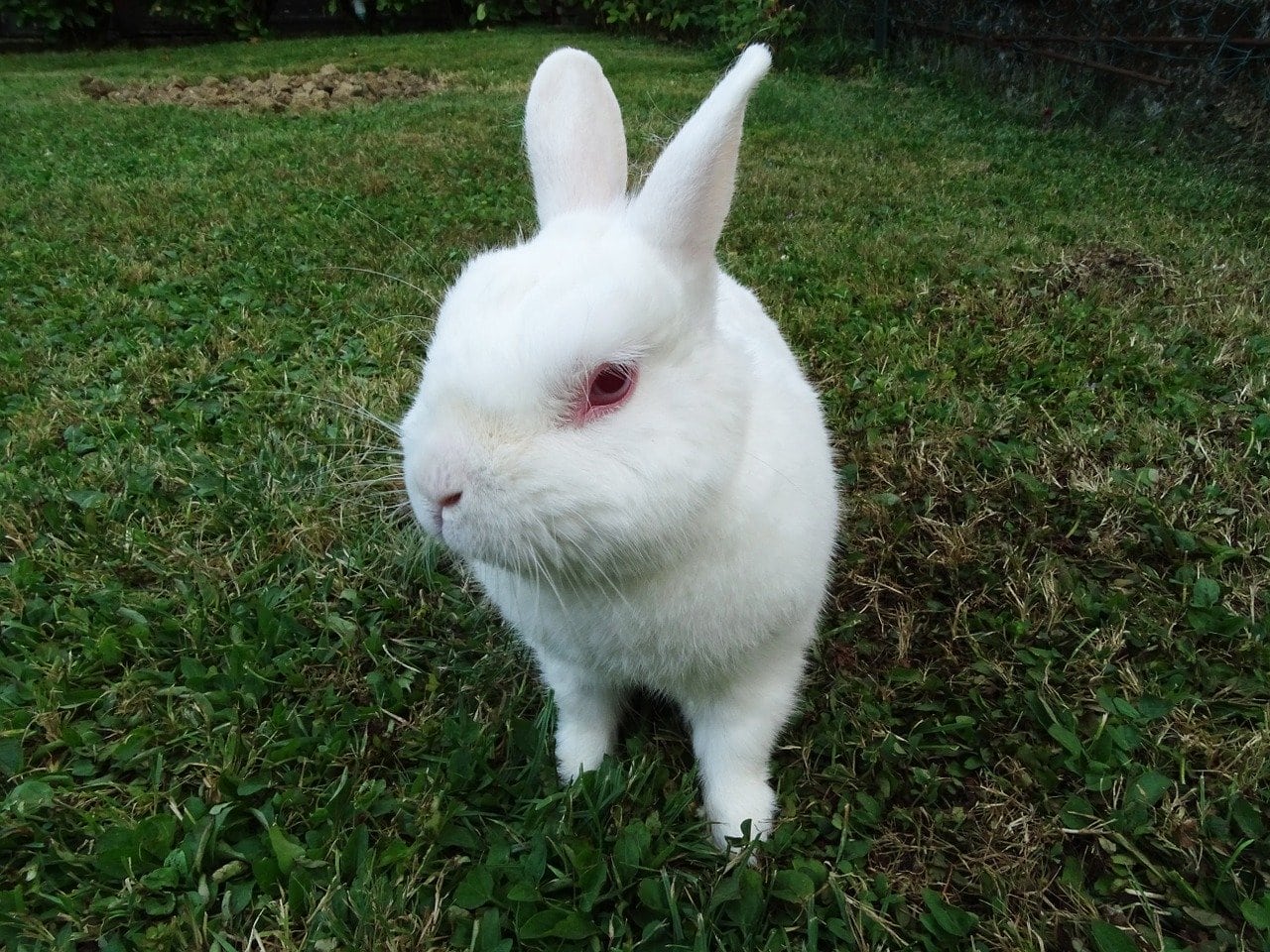 Though it was one of the earliest breeds to be recognized by the American Rabbit Breeders Association, the American rabbit is much less common today than when it was introduced. Originally developed for fur and meat production, its heritage and name are a testament to events in world history that changed the course of rabbit breeding in the United States.

Now considered a “threatened” breed by The Livestock Conservancy, American rabbits have seen a slight resurgence in popularity since the 1990s due to a small group of dedicated enthusiasts. In this article, we’ll be looking at the series of events that led to the American’s status today, as well as discussing their common traits and potential as pets. Read on to find out more!

History and Origin of the American Rabbit Breed

Developed as early as the first years of the 1900s, the American enjoys a reputation as one of the first recognized breeds of rabbit from the United States. Pasadena, California played home to the origin of the American, due to the work of one Lewis Salisbury.

Because of the competitive nature of the rabbit breeding industry at this time, Mr. Salisbury did not reveal exactly what breeds he had used to achieve the lustrous blue and white coats of the American. Given their general appearance though, it’s likely that the American breed is a product of cross-breeding between the Beveren, Flemish Giant, Blue Vienna, and Imperial.

Originally developed solely for meat and fur production, this breed was first known as the “German Blue Vienna” — a name which would fall from favor due to America’s conflict with Germany in World War 1. After being renamed as the American, it saw a small surge in popularity before a steady decline. Due in large part to its first purpose as a meat and fur animal, the American has not enjoyed the growing popularity of rabbits kept as pets and exhibited in shows.

With their semi-arch body formation, Americans appear slightly more alert and active than many other breeds of their size and purpose. Their muscular, thick-boned frames give them a dense quality. Weighing around 12 pounds fully grown, they are on the larger side of “standard” sized rabbits.

Available in just two colors — blue and white — the American lacks the variety of coats that has made many other breeds popular as pets and show animals. What they may lack in variety of color, they make up for with their plush and easily groomed fur.

The American rabbit breed is known for having a hearty appetite and enjoying regular exercise, though it rarely seems to be in a hurry. Feed them plenty of timothy hay, a small portion of kibble, and plenty of leafy greens to keep them in fantastic health. Especially with rabbits of this size and larger, it is wise to give them multiple sources of fresh, filtered water.

Americans’ soft, easily managed fur was once highly in demand for coats and other garments. Requiring only minimal assistance with grooming, once weekly brushings will be enough for most of the year. Increase this to twice weekly during the spring shedding season, and your rabbit’s health will thank you!

Passive, deferential, and timid, the American rabbit shows its breeding heritage very strongly in its sweet demeanor. They are well regarded as being excellent mothers, and have even been known to make good foster mothers for other breeds of rabbit.

Especially in regards to stressful situations, the American’s easygoing attitude makes it a highly desirable pet. Of the many available rabbit breeds to choose from as pets, the American is extremely well suited to big city life and apartment dwelling.

Final Thoughts on the Rabbit Breed

While it may not have the kaleidoscope of colors available in many of today’s most popular rabbit breeds, the American’s long history of healthy breeding and kind, sweet temperament makes it an excellent choice as a pet. Requiring very little maintenance alongside proper diet and exercise, they will reward your affections and care many times over. Consider the American rabbit breed if you’d like to take care of a piece of living history!