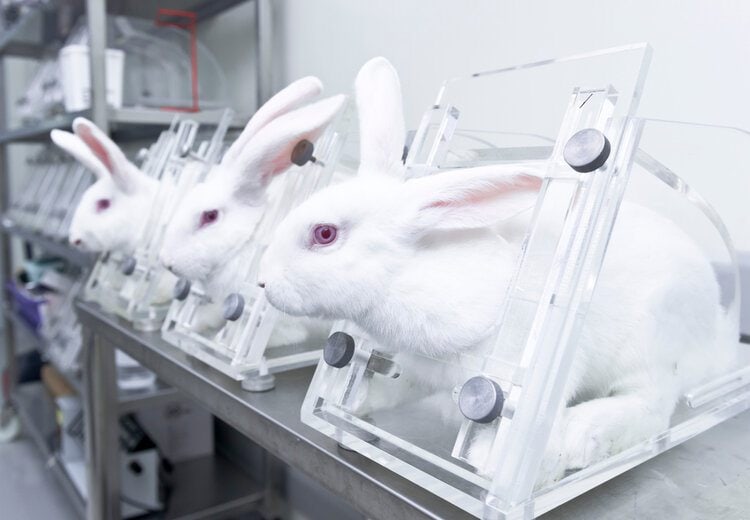 We have all heard about animal testing, but many of us may not realize the sheer magnitude of how many animals get harmed and killed, or of the horror these animals face each year in the United States alone. While we need to do animal testing in some cases, there are steps we can take to ease the animal suffering and alternatives we can employ to avoid it altogether.

Join us while we look at facts and statistics regarding scientific animal testing, and we’ll also look at some alternatives that scientists are beginning to employ.

Estimation of the Top 10 Animal Testing Countries in the World :

Why Are Animals Used in Research?

Scientists use animal research to learn more about a wide range of health problems that affect humans and animals. Some studies require a living host, and when the procedure is too dangerous, or painful for a human, the tests are often run on animals. Many animals are biologically like humans in many ways, despite their differences. Similarities in eye structure and lung operation are just two examples of things that can be studied in an animal so we can use it on a human later. Scientists can also view their test subject throughout its entire life due to the short lifespan seen in many animals.

The animals used for experimental studies include monkeys, cats, dogs, birds, fish, guinea pigs, mice, rabbits, and more. Most studies take place on rodents, mainly the guinea pig, which is where the phrase “I’m not your guinea pig” and other similar expressions began.

What are the Laws Surrounding Animal Testing?

The Animal Welfare Act is the only law in America regarding the testing of animals, and it doesn’t cover approximately 95% of the animals used for testing. Laboratories are not required to disclose what happens to animals that are not covered by the Animal Welfare Act. Recently some new requirements have been put in place by Congress to limit funding to institutions like NIH and FDA if they don’t submit detailed plans for the reduction or elimination of the use of animals in their facilities within the next five years. The Public Health Service (PHS) has policies dictating the care for laboratory vertebrae, but most experts consider them inadequate because they lack the means to enforce the policy.

The United States Department of Agriculture (USDA) is also responsible for overseeing laboratories that use animals. However, they are underfunded and understaffed, and can only ensure compliance from a fraction of the total number of facilities.

What Are The Alternatives to Animal Testing?

There are more than fifty alternatives to animal testing available to scientists who wish to move away from living animals, and we’ll detail a few of them in this section.

We hope you have enjoyed reading over our look into the scientific testing on living animals. As you have probably discovered, there are several ways in which we can improve the situation for animals. We can use alternative methods when possible, and we can require scientists to be open about their work and why they need to run tests on a living animal. We can also release animals that have made it through the testing so they can enjoy the remainder of their life.