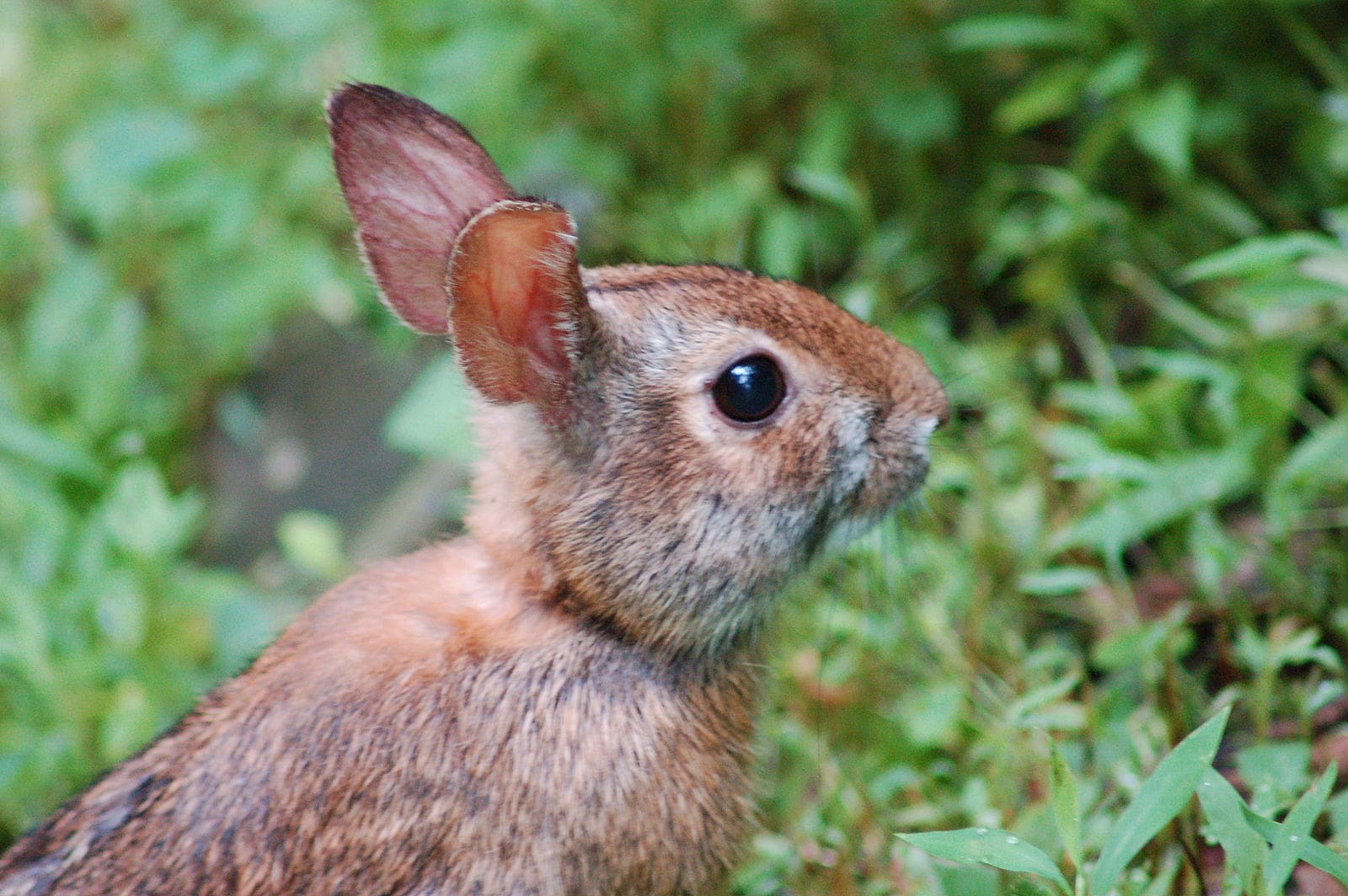 The Appalachian cottontail is a rabbit that inhabits the Appalachian Mountain region in the United States, which extends 2,000 miles all the way from eastern Canada to central Alabama. These rabbits are frequently confused with the Eastern cottontail, which can be found in Midwest North America and is much more common.

The Appalachian cottontail is a wild rabbit that is pretty adorable, but it is not meant to be a pet. This particular species of rabbit is thought to be understudied and is considered rare in North America.

Quick Facts about the Appalachian Cottontail

The Appalachian cottontail numbers are decreasing, and they have been red-listed as “near threatened” by the International Union for Conservation of Nature (IUCN) as of 2019. A combination of development, utility lines, hunting and trapping, logging, and human recreation have all been instrumental in the decline of the Appalachian cottontail.

The Appalachian cottontail is also known by a number of other names, including the woods rabbit, mountain cottontail, and Allegheny cottontail.

The Appalachian cottontail lives in high altitudes of over 2,500 feet and most commonly in areas that have been clear cut 5 to 10 years before. They prefer to take shelter in lower brushes such as rhododendron, mountain laurel, blueberry, and greenbrier.

The Appalachian cottontail has a preference for dense and brushy areas where they can forage and hide from predators.

Like all rabbits, the Appalachian cottontail is crepuscular, which means they are more active at dusk and dawn. They tend to rest and groom under a protective cover during the day and overnight and are active all year round (meaning they don’t hibernate). They are solitary animals, and the males will fight during mating season and for dominance.

The Appalachian cottontail’s senses in hearing, sight, and scent are heightened, contributing to attracting a mate and reacting to any potential predators. Mother cottontails sometimes make a grunting sound if a predator is close to her nest, and they might squeal while mating.

Appalachian cottontails are medium-sized with brownish fur mixed with mottled black coloring along their backs, and a reddish patch is usually found on the back of the neck. They appear to be darker along their backs, which becomes lighter along their sides and they have a white belly. And, of course, they have that distinctive white, fluffy tail that gives them their name.

The natural predators of the Appalachian cottontail are owls, hawks, foxes, dogs, coyotes, bobcats, and humans. They gravitate to dense brush to take cover from predators and use hopping and leaping as well as running in a zig-zag pattern to escape while being pursued.

They are also able to slink carefully along the ground with their ears pressed against the body and are able to remain motionless for up to 15 minutes to avoid detection.

The diet of the Appalachian cottontail only consists of plant-based food as they are herbivores. They eat fruit and greenery throughout the summer and twigs, shoots, and bark in the winter.

Some of the more common vegetation they feed on includes:

The bark and buds they typically eat in the winter come from shrubs and trees, which include chokecherry, black cherry, aspen, alders, blueberry bushes, and red maple trees.

Breeding occurs for most of the year, from February to September, when the weather is warmer. The females typically have several litters every year, at an average of three per year. Each litter can have anywhere from two to eight kittens (this is what baby rabbits are called) per year but generally average 3 to 4 with each litter.

Gestation lasts an average of 28 days, and the kittens are usually weaned by about one month, and they become sexually mature at around 1 to 2 months. Female rabbits can breed immediately after they’ve given birth.

The average lifespan of the Appalachian cottontail is usually less than a year, but because of their prolific reproduction practices, it makes up for their high mortality rates.

Like any wild rabbit, the Appalachian cottontail does not make a good pet, even when a baby rabbit is taken into captivity. A young wild rabbit might seem quite tame if you’re hand-feeding and taking care of it, but this will change as it matures.

Cottontails need a special diet formulated specifically for their species. Wild rabbits are also prone to bacterial infections that can prove fatal and are quite easily stressed.

Because cottontails forage at dawn and dusk, they only feed their young twice a day, so if a nest of kittens is found, don’t assume they have been deserted. It’s safest to cover the nest back up with the material that originally covered it and watch for the mother at twilight and daybreak.

If there is no sign of the mother for several days, bringing the young to a wildlife rehabilitation center will give them the best chance to reenter the wild and thrive.

The Appalachian cottontail is a relatively rare species of wild rabbit that is under threat from the destruction and fragmentation of their habitat through urban development.