Are Birds Dinosaurs? What You Need To Know! 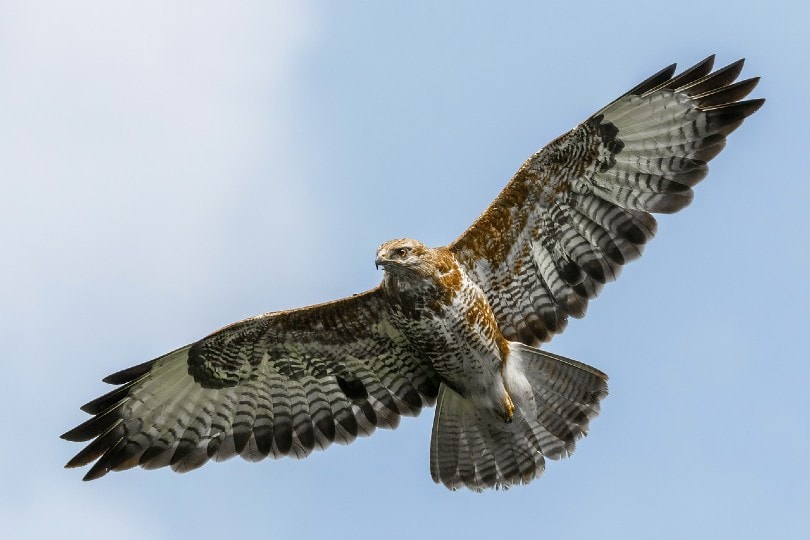 To answer the question succinctly, yes, birds are dinosaurs. Modern avian creatures that we know can trace their lineage back to an ancient class of creatures known as “theropods” (meaning “beast-footed.”) Theropods included dinosaurs such as velociraptors, tyrannosaurus rexes, and coelurosaurs. The theropod classification consists of a wide variety of historical animals included carnivores, herbivores, and omnivores. Coelurosaurs, in particular, are the ancient relative of our common birds.

While we learn in grade school that a meteor hit the planet and wiped out the dinosaurs, the truth of that situation is a little more nuanced than that. When we look at the lineage of their evolution and the fossils of ancient creatures that we can observe, we can see that when the terrestrial theropods went extinct, the bird-like dinosaurs survived and continued to evolve. Eventually, they would become the birds we know today. Birds are considered the only living creatures on the Earth that are direct descendants of the dinosaurs that once walked our planet.

What Makes a Bird a Bird?

The modern birds we have grown up with have a specific appearance that distinguishes them from other creatures. They have feathered bodies, a toothless beak, unfused shoulder bones, longer forelimbs than hind limbs, and a bony plate near the tail called a pygostyle.

From investigating fossils, we can find the origins of these traits and trace them back through time to their most primitive forms. For instance, the Fukuipteryx is an ancient avian, about 120 million years old, that is the first known instance of a creature with a pygostyle. The specimen studied from the Fukuipteryx has a pygostyle that is incredibly similar to our modern chickens. So we can trace the evolution of our birds back to this creature because their body structures are similar.

Primitive Birds: What Are They and How Do We Know?

Despite being the common ancestor of our surviving species, primitive birds like the Fukuipteryx and its direct relative had much in common with theropods like the velociraptor and tyrannosaurus rex.

Jingmai O’Connor, a paleontologist, specializing in the birds of the dinosaur era and their transition to modern birds, explains that these early bird specimens had reptilian tails, teeth, and claws on their “hands.” She explains that though ancient birds had feathers, many theropods had feathers that were not birds.

Paleontologists distinguish different species and classifications of fossils based on the subtle variations in bone structure and bits of fossilized tissues. These traits would later be ironed out and normalized through natural selection to give us the more distinct species patterns today.

The earliest known bird is the 150-million-year-old archeopteryx which means “ancient wing.” Archeopteryx lived in what would become Germany long after the split of the Pangea supercontinent that made up the terrestrial surface.

Fossils of the Archeopteryx show that this dinosaur had feathers, wings, and claw-like fingers on its wings. The Archeopteryx weight just 2 lbs and was about 20 inches long. Paleontologists think it would have been capable of powered flight based on the shape of its forelimbs and feathers, a trait we associate with modern birds.

Another link we have to the birds of the olden days is the earliest known bird pellet. The fossil dates back 120 million years and contains a mass of indigestible materials, including fish bones. Modern birds like owls also cough up these undigestable pellets during their process of digestion.

The Evolution of Birds Made Easy

The most commonly distinguishable trait of an actual bird is flight. While not all modern birds retain the ability to fly, it’s the most distinct characteristic that separates birds from other creatures that live around them. Much like fish can breathe by passing water through their lungs, birds can fly. Flight is what separates ancient birds from other theropods.

The Troodonitae family of dinosaurs is one of the earliest bird specimens. As they evolved, the bones in their hands fused into one stiff structure that supported the feathers and wings. These traits evolved after the origin of powered flight and are the primary features of the birds we know today.

When non-avian dinosaurs went extinct, bird-like dinosaurs continued to evolve and change, developing more specialized body structures relating to flight. Elongated structures near the breastbone called a keel and more powerful pectoral muscles to empower the downstroke of powered flight started to be seen in specimens as we exited the Cretaceous period.

Today we see a diverse pool of birds, over 10,000 individual species. However, these birds can trace their lineage back to the flighted dinosaurs in the Cretaceous period and before. By examining these specimens, we can see how birds have evolved over the years into the feathered creatures we have today.

The birds around us today have many differences in size and traits from their primitive ancestors, but there’s no doubt that they are directly related. By observing the fossils that the past has left behind, we can see the direct relationship between their body structures and digestive tracts. We can watch evolution in action by observing the fossils of ancient birds.

While the hummingbird may not look it, they are the direct descendants of the ancient Archeopteryx. Birds are the living proof of evolution at work. Next time you see some chickens pecking at corn on the ground, remember that they are the closest thing you’ll ever see to a tyrannosaurus rex walking the Earth.