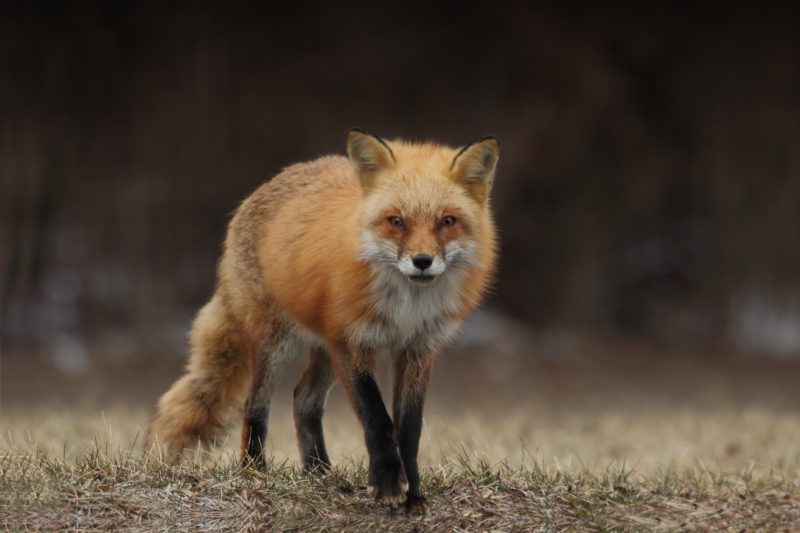 If you’ve just seen a fox for the first time or had a close encounter with one of these little critters, you might be worried about whether you were in danger. Things could be even worse if you’ve seen a fox around your property and you’re worried about your children or your pets. Many people wonder what dangers a fox can pose and what health risks might be associated with foxes. While foxes aren’t interested in humans, for the most part, there are some things you ought to be aware of.

All wild animals are dangerous. Even if you see a pigeon or other small bird and try to pick it up, you could get bitten or clawed. To that extent, foxes are dangerous. However, foxes are naturally fearful of people, and rightly so. Most of the time, if a fox sees you, it will try to escape as quickly as possible.

That said, there are some times when foxes can be a threat. The primary threat is if you attempt to capture one. When a fox is stuck and terrified with nowhere to run, it will lash out, and you could be bitten and scratched ferociously. So, never attempt to capture a wild fox. It’s illegal to have a live fox in most states anyway.

Another time that foxes can be dangerous is if they’re carrying a disease. That disease could infect you, your family, or even your pets. But most of the time, you’ll know if a fox is carrying a disease by their poor health, ragged fur, and aggressive disposition.

There are two main diseases that foxes carry that you’ll want to avoid. One is lethal to humans, the other will only cause minor irritation, though it can be worse for dogs.

Some foxes carry mange, which is an infection caused by a mite. Humans can get this type of mange, but it will die off in a few weeks. If your dog gets infected, it’s a different story. You definitely don’t want your dog to suffer from mange. It’s extremely rare for cats to get mange from foxes.

But the main disease you should be worried about that foxes can carry is rabies. Rabies is lethal for humans who aren’t vaccinated. It’s a really rough road to go down. But you can usually tell a fox is rabid before getting close to it.

Rabid foxes have a strange gait, act extremely tame or aggressive, try to harm themselves, stagger or stumble while they walk. Avoid foxes exhibiting any of these behaviors by a long distance and alert your local animal control agency.

Foxes will not attack people under normal conditions. A rabid fox might, but a fox will usually run from a human instead. Of course, if they’re stuck in a cage or backed into a corner with nowhere to run, then they might attack. But if you don’t attempt to capture a fox, it won’t attack you.

If you have very small pets that are left unattended outside, they could very well become fox prey. Larger pets, such as big dogs and even grown housecats are not at risk. A fox will never attack a large dog unless the fox is rabid. They won’t even risk attacking a fully-grown housecat. Most adult cats are the same size as a fox with some wicked self-defense skills that foxes generally steer clear of.

For the most part, you have nothing to fear from foxes. Small pets, on the other hand, are a different story. They’re in danger if you leave them outside unattended. But unless a fox is rabid or you attempt to capture it, it’s not going to attack you. A fox would rather run and ensure survival than risk messing with a creature many times its size. Or even a creature of the same size for that matter, which is why your adult housecats are even safe.