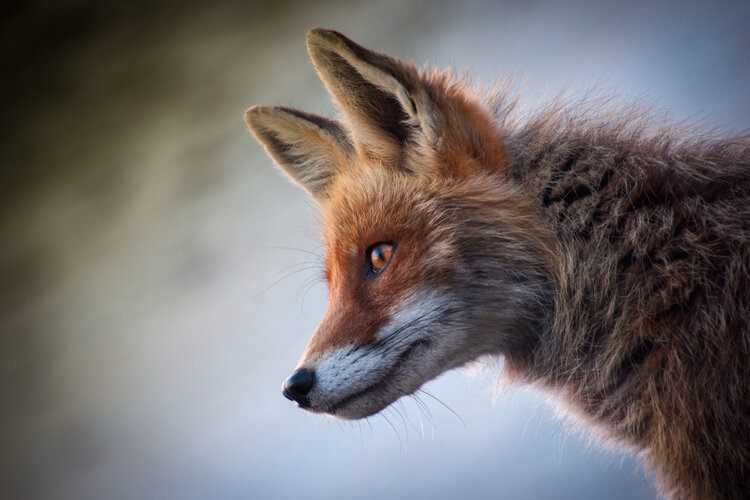 If you’ve ever seen a fox in the wild or even at the zoo, you probably thought that it looked similar to dogs you’ve seen in the past. Granted, some foxes look more like rodents or marsupials than dogs. But your standard red fox, one of the most prevalent and far-reaching carnivorous species on the planet, looks like a long, slender dog. Are they related? The answer is kind of… Let’s take a look at the fox family tree for clarification.

Scientists group animals according to shared physical and genetic characteristics. These groupings add up to the animal kingdom hierarchy, which includes classes, orders, families, genera, and species. Each step up becomes more specific, with species being the most specific group in the hierarchy.

When we talk about foxes, we’re actually talking about several species. Each type of fox is technically its own species. For example, there’s the common red fox, which is the one you’re most likely to encounter in the wild. Other fox species include the arctic fox, the gray fox, and Darwin’s fox, just to name a few.

There are 37 different fox species in total. However, only 12 of them are “true” fox species in that they’re part of the genus Vulpes. Now you can see how the breakdown starts to work. There are 12 foxes, including red foxes, arctic foxes, and Darwin’s foxes, that are all part of the same Vulpes genus.

As we continue down the list, each category will become broader, encompassing more animals within its boundaries. The next step down is family, which is where we come across the family Canidae. Members of the Canidae family are referred to as canids.

If Canidae and canid are starting to sound familiar to you, it might be from another common word that you almost certainly know; canine. Canines are known as man’s best friend, and the name canine comes from the family they’re a part of, which is the Canidae family. This makes foxes and dogs sort of like cousins. They’re part of the same family, but they’re different genera and very different species.

Interestingly, foxes and dogs have one more thing in common. They’ve both been domesticated by people. Recent evidence shows that foxes were domesticated by humans long ago in the Bronze Age.

Of course, dogs aren’t the only cousins to foxes within the Canidae family that most people know. This same family also includes both wolves and coyotes.

So, it turns out that foxes are related to dogs. They’re sort of like distant cousins. Both of them are members of the Canidae family, but they’re completely separate species and genera. Still, their differences are noticeable, even in appearance. Maybe with further domestication, foxes could become man’s other best friend.