Are Sheep Intelligent? Here’s What Science Tells Us 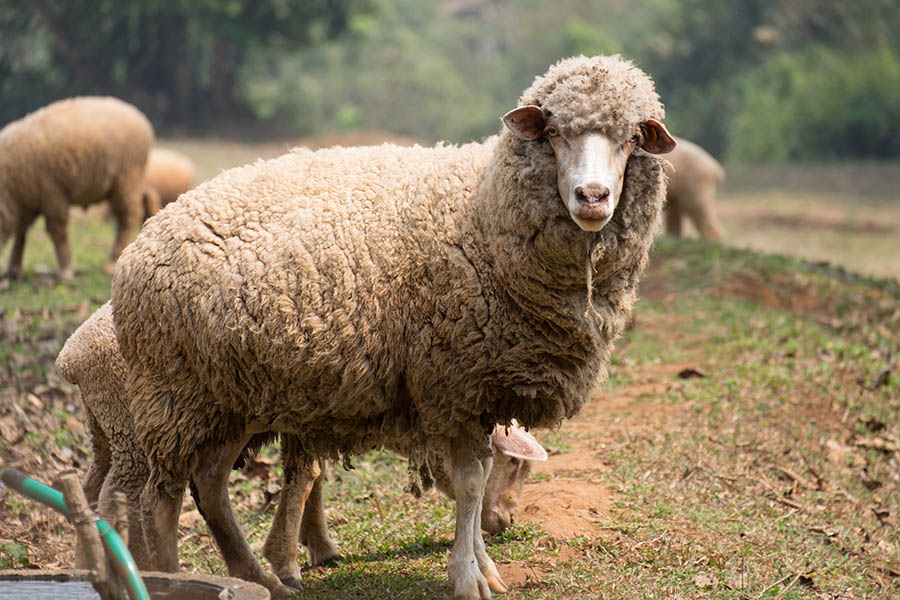 We’ve all heard people called “sheep” as an insult. It’s an insinuation that people follow without thought or question, regardless of who they’re following. Sheep are stupid, right? At least that’s what people believed for a very, very long time. In fact, people thought that sheep were pretty dumb animals for thousands of years. Our views on the intelligence of sheep have been changing, though. The answer to your questions about the intelligence of sheep may surprise you.

Sheep are surprisingly intelligent! So intelligent, in fact, that they have an IQ level similar to that of cows and slightly below that of pigs, which are known to be exceptionally intelligent creatures with complex emotions and socializations. When it comes down to it, sheep are prey animals, so a high level of intelligence and problem-solving skills is essential to keeping them alive and safe.

How Do We Know That Sheep Are Intelligent?

Sheep have a relatively high visual acuity, and they use this vision level to assess their environment and learn. They can see colors and can identify colors and shapes with everything from food to predators. Sheep are intelligent enough that they have some level of object permanence. This means that if you cover up food in front of a sheep, the sheep is still aware of the presence of the food, even though they can no longer see it. For comparison, human babies don’t develop object permanence until around 8 months of age.

Sheep are able to use their keep senses to compile a mental library of items, events, and sensations. This helps them learn, assess, and plan depending on the situation. They are curious but cautious animals, and a good memory of things they have experienced can help keep them safe and healthy. Memory can also help sheep find food and avoid unpleasant things. In one study, sheep remembered where food was hidden in a maze 22 weeks after they initially experienced the maze and found the food.

The social interactions of sheep serve to keep everyone in the flock safe from predators. It can also help ensure everyone gets plenty of food. Since sheep can learn from watching other sheep, they will be able to identify sources of food by watching other sheep that have found food in a specific area previously. They also form bonds with other sheep and have notable preferences for the companionship of specific animals. When separated from their chosen companions, sheep can become stressed and less manageable. Some sheep even form strong enough bonds with others that they will choose to stay together instead of leaving each other to get to better food.

The Bond Between Ewe and Lamb is Especially Important

Ewes naturally wean their lambs around 6 months of age, although some will continue to nurse beyond this. If separated before 4–6 months for forced weaning, the ewe and lamb both tend to show signs of stress for multiple days or even weeks after the separation. Stressed sheep will show behaviors like pacing and gnawing on inappropriate objects. Some studies have even shown that lambs that are separated from their mother too early have poor immunity and stress response.

Ewes also tend to form close bonds with other ewes who have recently lambed. As the lambs age, they develop friend groups that allow them to play and learn in a safe environment under the close watch of the ewes. By forming bonds with each other, the ewes are able to keep a better eye on their young and have the backup of other ewes who are willing to protect the lambs as well. This behavior is almost exclusive to ewes and lambs, as rams develop their own social hierarchies involving dominance and in-fighting. Rams do develop close bonds with other rams, although they are fraught with dominance displays.

How Do Sheep Recognize Each Other?

Sheep are very good at recognizing faces, with some showing the ability to remember the face of another sheep for up to 2 years. Their visual acuity allows them to recognize photographs of sheep and other animals, and sheep tend to show a preference for photos of other sheep. They are especially calmed by photos of sheep they are familiar with or bonded to. Some sheep have shown the ability to recognize a profile view photo of another sheep after having only seen a face-on photo. However, they are not able to recognize a face-on photo of a sheep they have only seen in profile view.

The ability to recognize familiar faces extends to humans as well, which is important to the survival of sheep. They are able to recognize their handlers by sight, including in photographs. In one study, a small group of sheep were taught to recognize celebrities, who they were then able to recognize from various angles and in different settings.

Sheep are far more intelligent and socially complex than we typically give them credit for. Science is improving our knowledge of sheep and their ability to learn and form social bonds. Many of the behaviors we see in sheep were developed through necessity because they keep sheep safe and ensure survival of the flock. Our growing views on the intelligence of animals is helping us work toward bettering animal welfare and finding new ways to provide comfortable, happy, healthy environments to animals, like sheep, even when they are not being kept as pets.