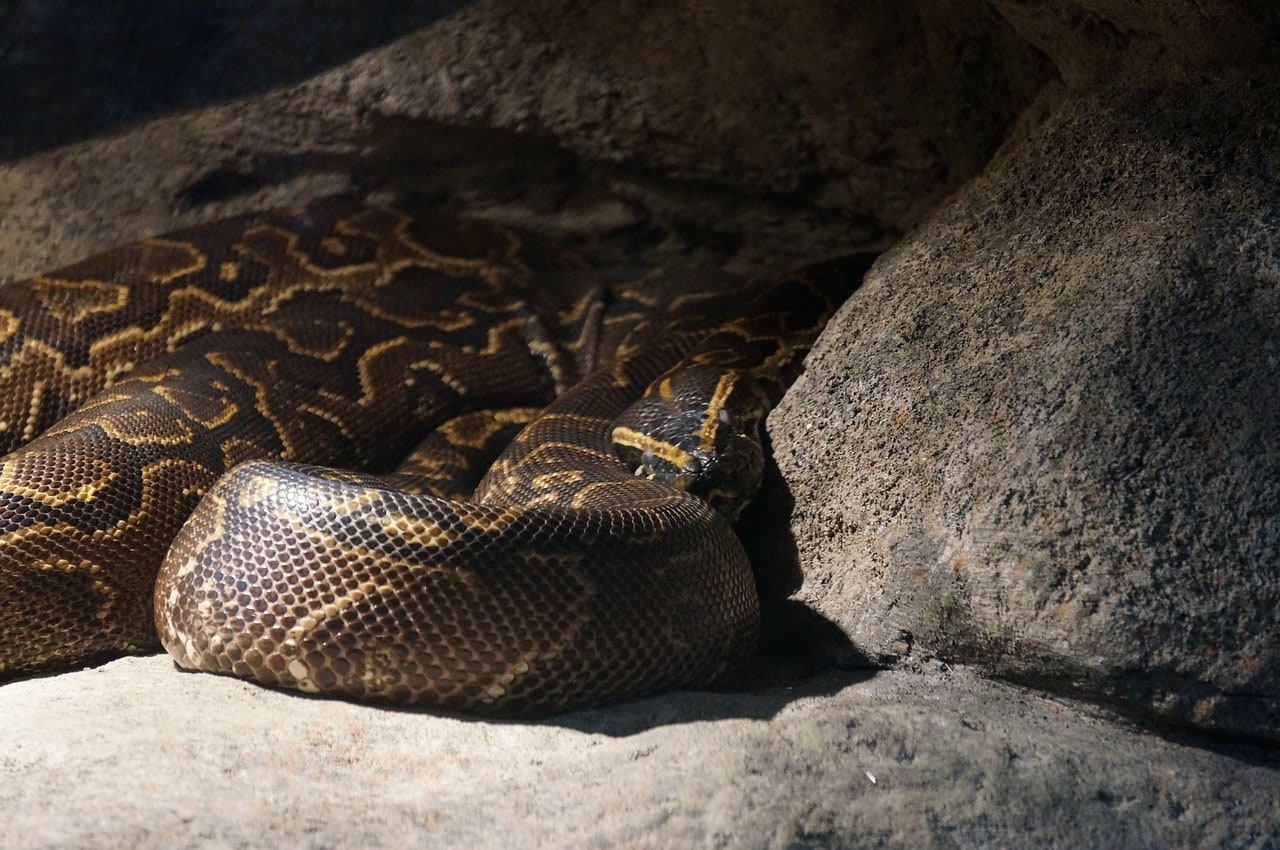 It wasn’t too long ago that we viewed keeping reptiles as pets as taboo. As time has gone on, however, the interest in herpetoculture has soared. Herpetoculture is the act of keeping live reptiles or amphibians in captivity for either breeding or hobby purposes. Today, Burmese pythons are available in a multitude of striking and unusual patterns that don’t frequently occur in the wild. How do these morphs occur?

The differences in color and patterns between Burmese pythons are traced back to both genetic and environmental causes. Genetic mutations may occur at any time and are inherited from either one or both parents. This reasoning makes the most sense. So how does the environment have the ability to change the look of a snake? These influences happen after fertilization has taken place. Things like temperature or injury are usually responsible.

Advantages and Disadvantages of Python Morphs

Even though they look cool and inviting to humans, some of the morphs for snakes are actually more dangerous than good. While some pythons with unique colors and markings are safe in captivity, the ones in the wild are at a significant disadvantage. Strange colors sometimes reduce an animal’s adaptability and turn them into the prey instead of the predator.

Evolution has equipped today’s wild animals with their best chance of survival, and any mutation that strays away from that could either benefit them or put them in grave danger. In captivity, these rules don’t always apply. Rare morphs become highly prized, and many of these snakes require special care.

There are a few Burmese python morphs that are amazingly beautiful and highly sought-after. We are here to tell you which of these color morphs are the most popular and explain how the pythons acquired these abnormalities in the first place.

The first python noticed for its distinctive markings was the Albino Burmese python. These snakes lack all black pigment in their skin but retain some of the yellow and pink pigmentations. They come out with bold orange and yellow splotches that stand out against a white background when they hatch. Their coloring tends to lighten as they age, and the white background turns from translucent to bright white.

The albino trait in pythons is recessive, and when that animal breeds with a normal-colored python, the offspring turn out normal. Both parents must either show or carry the trait for an albino baby to make its appearance in the world.

The second python mutation took place in 1987 and was produced by a snake in captivity in California. This snake wasn’t particularly motivated to breed and only produced offspring one time.

The name comes from the accurate description of the morph. The hatchlings are often khaki-colored that fades to silver on the sides. Chocolate brown spots line the center of the back and scatter along the sides. As the snakes age, their original khaki coloring darkens into an olive green, and the once bold spots fade and become less noticeable.

Burmese python breeders get experimental and enjoy finding out what happens when you breed two unique morphs with one another. Mating an Albino python with a Patternless Green python is how we came to have the Albino Patternless Burmese python. The genes for each type of snake are recessive, but four different hatchlings came out. The majority looked normal. There were equal parts of green and albino snakes, which left them with only a few baby snakes that had both the albino coloring without the traditional python patterning.

Albino Patternless pythons are born with a vivid orange color on top that fades to white on the sides. There are only a few darker spots centered on the back of the snake, but the orange coloring and pattern fade as they turn into adults.

It wasn’t long after the discovery of the green python that a German reptile dealer was sold two snakes with odd patterns. While a traditional Burmese python has irregularly shaped, dark splotches that resemble a giraffe pattern, these snakes showcased a maze-like, gold print on a black background. Their markings are sometimes stiped or elongated.

It didn’t take long for python breeders to play around with the unique markings from Labyrinth snakes. Crossing the labyrinth pattern with an Albino Burmese python created a new and exciting morph. On these snakes, the usual blackened areas from regular pythons and orange from Albino pythons get replaced with bright white and make the snake look like it is made from pearls and gold.

Granite Burmese pythons really stand out among the rest. These snakes have much smaller and more angular spots that are golden brown against a yellow background. The snake gets its name from the markings that look amazingly similar to granite rock. The typical spear-shaped markings on the head are reduced and give the head a pinkish-tan color instead.

Caramel-colored pythons are albino pythons with only a few minor differences. While true albinos have a complete lack of black pigmentation, the caramel snakes still produce some darker pigments. Hatchlings start out tan with brown or caramel blotches on their bodies. As they mature, the snakes get a lot lighter in color, and only some of the brown spots remain. Some of the patterns have been described as having a purplish hue as an outline.

One of the most distinctive python morphs is the Pied Burmese python. These snakes have bodies with lots of bright white areas and only a few colored designs that make their way down the length of the body. There are both regular and albino types. Some of the colorings are traditional brown, black, and gold, while others have only orange and yellow hues on them.

This list doesn’t include every single morph that has been discovered, but it does go into detail about the most popular morphs and how they came to be. Of all the snakes in the world, Burmese pythons are some of the most docile and are less demanding than other snake species. While not all pythons should be kept in captivity, some with morphs are much safer when being cared for by humans.

Before finding your favorite morph and purchasing a python to bring home, always ensure that you’re capable of giving them the best and most loving life possible. This size isn’t regular for most captive snakes, but some pythons reach more than 20 feet in length and can gain weight up to 250 pounds. With their massive sizes and food, cage, water, and lighting requirements, these reptiles require a lot of knowledgeable care and deserve the best treatment possible no matter how cool you think they look.