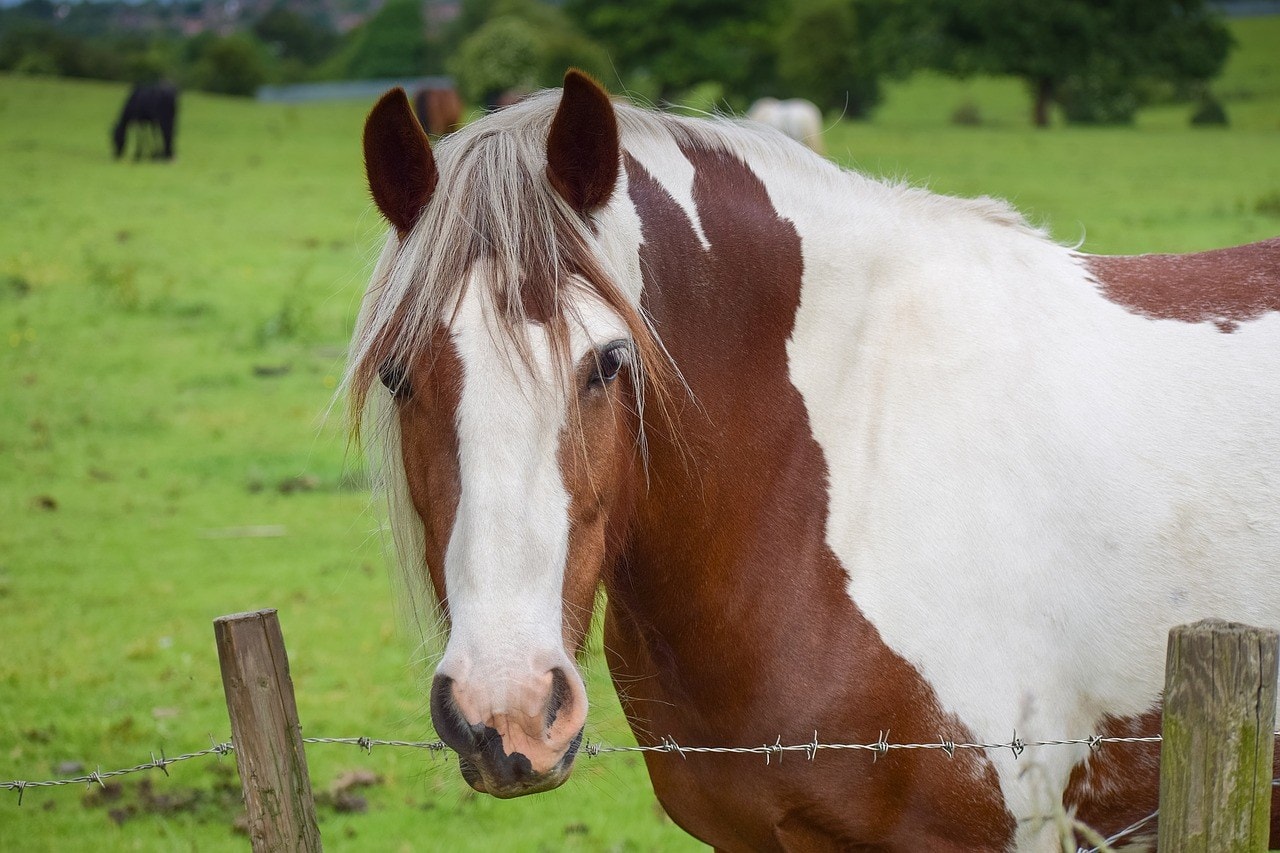 There are plenty of reasons to choose one particular breed of horse over all others. Arabians are known for their endurance and stamina, while Thoroughbreds are the horse of choice for flat-out speed. Pretty much any breed of draft horse is a good choice if you want strength and pulling capability. But, what if you’re new to riding and want something calm on which to learn the ropes? Or you want something calm that you can ride every day, stress-free?

It is important to remember that there are no guarantees. The American Quarter Horse might be widely regarded as the calmest horse breed but there is no guarantee that you won’t end up with a fiery one. And, while Andalusians are generally considered to be too high-spirited and athletic for a beginner, you could find a relaxed and angelic example.

Below, we have listed 6 of the calmest horse breeds so that you can find the perfect four-legged companion for hacking out.

Generally regarded as one of the calmest and quietest of all horse breeds, the American Quarter Horse is so-named for its ability to run a quarter-mile in the shortest time. As well as being lightning fast, this horse is one of the most popular breeds in the world.

Its popularity has been cemented in the American West, where it is used by cowboys to round up and perform various tasks. The Quarter is known for being calm and is considered an excellent choice for first-time and novice riders.

As well as looking after its rider, the American Quarter is an exceptional all-rounder that will romp home in races and win shows before spending the day working the fields and teaching your kids to ride safely. There is very little this horse can’t do.

All Morgan horses can trace their heritage back to a single stallion, born in 1789 in Springfield, Massachusetts. The breed later took the name of the owner of this horse, Justin Morgan, and was known for being a versatile breed. The Morgan was used for racing, working the fields, and being ridden.

The Morgan was one of the breeds that were used to create the Quarter Horse, above, and is still found through the USA and the rest of the world. Not only are they capable of performing many tasks, but they naturally form a very strong bond with their owner, and they love nothing more than to please you.

The Appaloosa was originally known as the Palouse, named after the Palouse River in Northern Idaho. It was bred by the Nez Perce Indian tribe and were revered for their agility and speed. Although only a small fraction of the original breed was spotted, the modern Appaloosa must have at least one spot to be so-named. The majority have the more colorful blanket of spots that have become synonymous with the colorful and beautiful breed.

The breed is popular for teaching children to ride, and like the first two horses on our list, it can do everything from racing to English and Western riding. They are also known for having a fun and amiable personality.

The Norwegian Fjord is a smaller breed with a somewhat distinctive look: not least its haircut that includes a dorsal stripe and roached black mane. It also has a great personality that makes it popular with experienced and novice riders.

The breed is considered calm and willing but has a good store of energy to call upon when required. They were bred to pull carriages so have had any unreliable genes bred out of them.

Don’t overlook ponies, especially if you are looking for a sweet-natured, capable, but humble steed. The Connemara Pony is gentle, adorable, and only stands around 13 hands high, but can reach 14hh. This means that the breed is suitable for children and adults, and it has athleticism and a can-do attitude that means it will turn its hoof to any task asked of it.

The Tennessee Walking Horse stands up to 17hh and is popular for its natural beauty, as well as its strength and great attitude. They are a gaited horse, which makes them easier to tide, and when this is combined with their calm nature, it means that they make an excellent breed for first-time and novice riders.

Although they are tall, they are easy to manage, and you will feel the Tennessee willing you on when working with it.

The Irish Vanner was bred to pull the wagons of Irish travelers. As such, the calmer and more sensible of the breed flourished, while the less predictable and harder did not. The modern Vanner is a culmination of this selective and purposeful breeding. It lived on the road with its human family and became accustomed to young children running around and making noise.

The Irish Vanner was very good at pulling heavyweights and smaller examples of the breed, which can measure between 13 and 16 hands, were more popular because they had lower feed costs.

The Cob isn’t strictly a breed, so much as a type of horse. It is a strong horse. It has big joints and can appear larger than it is, with most Cobs only measuring slightly taller than a Pony.

They are calm, having been bred to pull carts and live with their owners, while their 15 hands mean that they are inviting to the younger and smaller riders among us, too. They have a calm temperament and they will forgive a few mistakes from a novice rider because they usually have an innate sense of what is required of them.

There is no guarantee that a particular breed will be calm or easily excitable. And, even if you have a horse that is known for being calm, a loud noise or surprise can make him excitable and jumpy. However, the eight breeds listed above are known to produce calm horses, and they can make an excellent choice for those that are looking for a breed for novice riders and first-time owners.