Can Hamsters Eat Meat? What You Need to Know! 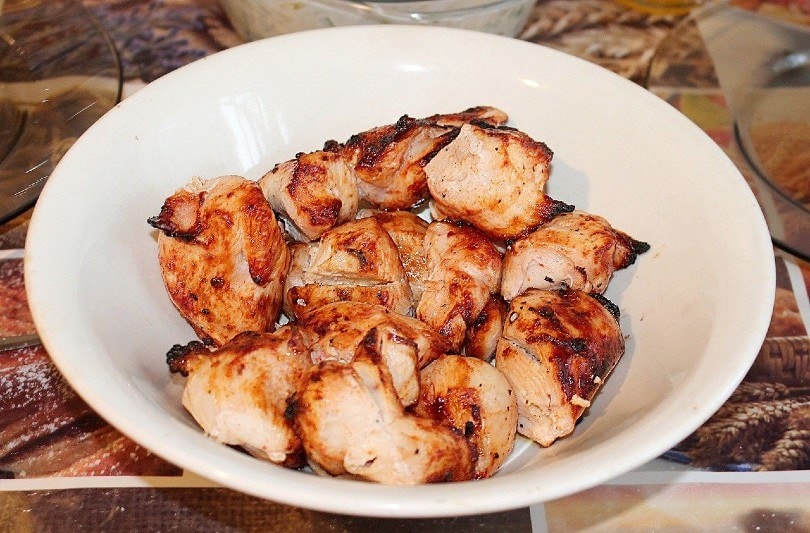 While we typically think of hamsters munching down on pellets and hay, their diet can be much more diverse. In the wild, hamsters are considered to be omnivores, which means that they eat both vegetation and meat.

So, yes….Hamsters can eat meat! But there are several caveats.

In their natural habitats, a hamster’s “meat” traditionally consists of small insects such as crickets, grubs, and other small worms, each of which they can eat in domestication.

But other than insects, can they eat other types of meat?

Although your hamster can go its entire life without eating meat, there are some definite advantages to your hamster eating it.

Live insects can provide a source of fun and exercise.

Not every benefit received comes from actually eating meat. For instance, if your hamster enjoys hunting down live insects such as mealworms or crickets, this can be a prime opportunity for them to have a bit of fun. Sure, the insect will provide some nutrition. But if it helps to keep them entertained, feeding your hamster a live insect now and then isn’t too terrible.

Meat can provide a very good source of protein.

Animal meat is full of good protein. Protein helps your hamster to develop muscle and grow to its mature size. However, not all meats are good for your hamster to eat. Later, we’ll go over the different kinds of meat and which is best for your furry friend.

It can add some much-needed variety.

Sometimes picky eater hamsters will just give up on their food. Often, they do so because they grow tired of eating the same thing again and again. However, by giving them a piece of meat on occasion, you help add variety and excitement to their diets.

Risks of Your Hamster Eating Meat

While hamsters can eat meat, it’s not an essential part of their diet. And if fed to them incorrectly, meat can do more harm than good.

A hamster’s body has a much easier time digesting some meats over others. Light-colored meats such as chicken or fish can be processed much easier than red meats or wild game.

Raw meat is not good for your hamster.

While it’s true that hamsters aren’t cooking their meat in the wild, they aren’t eating chicken or fish either. Insects are more than fine for them to eat uncooked; however, it’s the other meat variants that need to be properly prepared.

Hamsters should only be fed meat sparingly.

Even in the wild, a hamster’s diet primarily consists of hay, seeds, and nuts. They only eat meat when they can catch an unsuspecting mealworm or cricket. So, don’t swap your hamster’s diet completely. Instead, use meat as a tasty treat on occasion and in proper proportions. Anything more than a thumbnail’s size portion is too much.

What Kind of Meat Can My Hamster Eat?

As we mentioned above, not every meat is suitable for hamster consumption. We recommend sticking only to light-colored meat such as chicken, fish, and shrimp. Chicken is probably the most readily available meat for hamsters to eat.

When feeding your hamster chicken, you need to make sure that you cook it completely. Undercooked chicken can lead to the same diseases that humans are susceptible to, such as salmonella. However, when cooking chicken for your hamster, you shouldn’t season it at all. This means no salt, pepper, or any other spice. Also, you’ll want to stick to a neutral cooking method that requires zero oil or fat such as baking or boiling—the latter being the better option.

Shrimp can also be rather tantalizing because it has a very distinct smell that may attract them. But just like chicken, it should be either baked or boiled for safety.

Surprisingly, canned dog food can be given in extremely small quantities. Although it can be made with beef, the beef is prepared in such a way that makes it palatable for hamsters.

Should I Feed My Hamster Meat?

If you’re unsure whether you want to feed your hamster meat, it’s probably best that you don’t. You shouldn’t be losing sleep over whether or not you made the right move for your hamster. However, if you follow our guidelines and rules, there should be zero issues.

As an alternative to “actual meat”, you can always just feed them a mealworm on occasion. This will give them some needed animal protein without the fuss or mess.