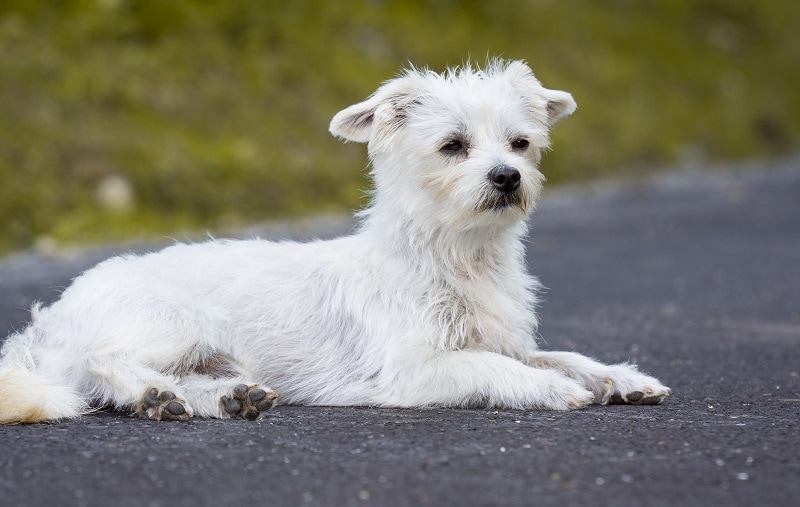 Where does the Carnauzer come from?

Over the last 50 years there have been a number of deliberately bred mixed dogs created. At first there was some purpose and reason to them, but as the popularity and trend caught on in more recent years, the numbers of shot up as have the number of bad breeders designing dogs with no care. These mixed dogs are being called designer dogs. Most like the Carnauzer have two purebred parents and a name the blends the parents names together.

It is important to do your homework when it comes to designer dogs. There are a lot of bad breeders and puppy mills to avoid, some mutts who were actually accidental are now being called the same name as the designer dog, and some breeders are making promises that cannot be kept. These are first generation mixes, the genes cannot be predicted or fully controlled. A breeder cannot guarantee that all the puppies in the litter are going to look the same or have the same temperament. Here is a look at the two parents of the Carnauzer to get a feel for what it is like.

In late 19th century Germany the Miniature Schnauzer was developed from the Standard Schnauzer and small dogs like the Miniature Pinscher, Affenpinscher and so on. It was used to catch vermin like rats on farms, to be a good guard dog and to help hunt smaller prey. Despite the two world wars having quite a negative impact on dog breeding in Germany in general in fact the Miniature Schnauzer managed to maintain its popularity.

Today the dog we know as a Miniature Schnauzer is quite different in appearance to that dog in the late 1800s. He was a lot more colorful then but today the most popular colors are black and silver. He is a social dog, likes to be at the center of activity and can be quite feisty. He likes to be near you all the time and you will have to get used to feeling him touch some point of you throughout the day. He is intelligent though and training goes well despite his willful side.

The Carnauzer is a playful and happy dog that is not known to have any kind of snapping problem. He is a very loving dog and this makes him grow very attached to his owner. He wants to be close to you all the time, he will tail you around the home. When it comes to being left alone for long periods it really depends on which parent he is more like, a Cairn does not like being alone at all but the Miniature Schnauzer is fine with it. He is smart and will like to be involved with everything.

This is a small dog weighing 15 to 25 pounds and standing 10 to 14 inches tall. He has a squared head, short legs and a Schnauzer body. His eyes are large, ears tend to be pointy and the coat can be like either parent, rough, short, water-repellent and straight. Common colors are white, black, golden, brown and cream.

How active does the Carnauzer need to be?

Carnauzers are fairly active dogs so you can expect to be spending some time walking him a couple of times a day and taking him to a dog park for play, running off leash and socialize. He is a good size to live in an apartment as long as he gets out for those two walks. A yard is a bonus place for him to play and he does love to play, but it is not a requirement. He can play indoors just make sure he has a rotation of toys and that he gets some mental stimulation.

As an intelligent dog in general he is easy to train and will need less repetition on each command so will train a little quicker. However he can have a stubborn side and for some owners that may pose some challenges. It is important to maintain a consistency in your approach, to be firm at all times but still to use positive methods like rewarding and using treats. It is important to focus in early socialization as well as early obedience training. Socialization is key to helping him interact better with others, adapt and be a more trustworthy dog.

These are low shedding dogs so there will not be too much hair on the furnishings and your clothing. You should still brush him two to three times a week to keep his coat looking shiny and healthy. Use a dog shampoo when it is time to give him a bath but avoid giving him a bath too often. Dogs have natural oils in their skin that help keep their coats healthy. Over bathing will take away that oil and it can lead to skin irritation and a less healthy coat.

You will need to check his ears once a week for signs of ear infection and then give them a clean too. This must not involve inserting anything into the ears, use an ear cleanser and cotton ball or a damp cloth and wipe the outer parts. When his nails get too long, if he is not naturally wearing them down you will need to get them clipped. Take care not to cut too low down, have a professional do it if needed. Finally his teeth need to be looked after. Brush them at least two to three times a week.

With socialization he is very good with children as he loves to play and be lively and they are perfect play partners. He is also very affectionate towards them. Make sure with younger ones you show them what is an acceptable way to touch and play with dogs and give them supervision if needed. Socialization is also important in helping him interact better with other dogs and other pets. He may have a tendency to chase smaller animals.

The Carnauzer will bark some, when he is excited for example but it is not that common so noise is not much of an issue. He should be fed ¾ to 1½ cups of good quality dry dog food a day split into two meals.

There are health issues that the Cairn and the Schnauzer can be prone to that might be passed in to their offspring. These concerns include Eye Problems, Urinary Stones, Myotonia Congenita, Von Willebrands, Congenital Megaesophagus, Craniomandibular Osteopathy, Cryptorchidism, Krabbe’s disease, Hypothyroidism, Legg-Calve-Perthes Disease, Patellar Luxation and Liver problems. There are a few things you can do to improve the odds on having a healthy dog. Do your research, take some time and find a reputable breeder. One who is happy for you to visit the puppy and one who can show you parental health clearances.

Costs involved in owning a Carnauzer

Average prices for a Carnauzer puppy are $200 to $500. Initial costs both medical and non-medical in nature are going to come to about $470. This should cover a crate, carrier, collar, leash, an exam, deworming, shots, blood tests, neutering and micro chipping. Then there are going to be ongoing yearly costs you will need to be able to cover. Just basic medical needs like pet insurance, check ups, vaccinations and flea prevention come to $460 to $560 a year. Other costs like food, toys, treats, license and basic training are going to be something like $360 to $460 a year. If you are using a professional groomer, kenneling or anything else extra those are costs you will have to factor in too.

Looking for a Carnauzer Puppy Name? Let select one from our list!

A Carnauzer can be a great small dog but he is active so for the elderly if you are unable to be fairly active this is not the best option. He should be socialized and trained and allowed to play and he will demand a lot of attention. He will also be super loving and devoted to any owner who commits to his happiness.