16 Cat Breeds with the Shortest Lifespans (with Pictures) 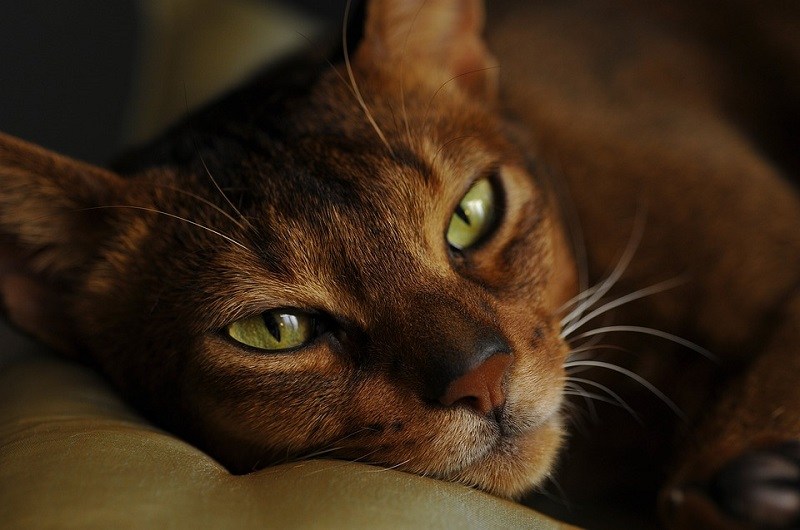 Is it true that some cat breeds live longer than others? While some can live for more than 20 years, others come full circle after only 8 years of life. If you deeply love your pretty little kitty, you have to come to terms that they aren’t immortal. It would help if you checked the breed’s average lifecycle before getting one because once they become a part of you, letting go of a loved one that gave you so much compassion and company would be too painful.

Cats were first domesticated in the Far East as a biological way of controlling the rodent population. They then spread globally, and people eventually considered selective breeding to project specific traits and attributes, which has led to the several cat breeds we have presently.

We compiled a list of 16 breeds of cats with the shortest lifespan.

As if its hairlessness isn’t conspicuous enough, the Sphinx finds satisfaction in being the center of attention. Its origin can be traced to Ancient Egypt, but it has been bred in North America. The cat has a bold personality and is full of life.

The Maine Coon comes out as good-natured and a lover of people without being overly needy.  Its free-spirited personality allows it to mingle with kids and even other cats, no wonder it handles things graciously. It adapts well in the winter season since it has a thick coat and can wrap its tail around the body.

The impeccable dotted fur isn’t all your Ocicat. The patches make it look like a small leopard. There are 12 different color strands of the Ocicat, such that even the fussiest cat enthusiast will have something to adore. Some of its defining characteristics include being people-friendly, devoted, and a quick learner. Imagine having a cat that can open the door! We all want to have a pet that we can teach a thing or two.

However, they are quite clingy, so you might want to leave them under someone else’s custody if you’ll be out for long.

This cat is conspicuously unavoidable for its lack of a tail.  What it lacks in physical attributes, it makes up in wit as it is arguably the smartest in the cat’s family. Whether you choose the shorthaired or longhaired type, the Manx will light up your home with its robust and mighty demeanor.

In their ancient place of origin, Japan, these cats have featured in folklore and other traditional forms of art as integral members of the family setup. Other than the predominant white-colored Japanese Bobtails, they exist in almost any other color.

This friendly and intelligent breed has a curled tail that looks more like a rabbit’s tail than a cat’s. They are active and enjoy taking part in family fun times. You will always find them playing with their favorite toy or even in water. They can sometimes come out as headstrong.

This cat has a distinct “ticked” coat, originally from Abyssinia, present-day Ethiopia. It is considered one of the oldest cat breeds, quite affectionate, intelligent, and active.

If you are looking for a cat that will live his life to the fullest, the Abyssinian will supersede your expectations.  They can run faster, jump higher, and climb further compared to other breeds, no wonder the nickname, “Baby-grabbers.”

This feline is distinctive from other cats, thanks to its bat-like oversized ears and sassiness. Expect to turn some heads during those walks and park visits since some people say it has an alien look.  They are active, playful, and sometimes mischievous.

For pet lovers who can’t decide whether to get a cat or a dog, this feline has a dog-like personality and can single out their most favorite member of the family to always hang around. They are observant, explaining why they constantly climb high places.  Don’t be surprised if it perches on your shoulder to communicate. A Devon Rex will not mind finding comfort at the edge of your bed. The people who still say dogs are the most loyal pets have probably not met Devon Rex.

This Oriental is one of the most affectionate and vibrant of the cat family. It appears among the most popular breeds, with more than 600 strands of coat color, patterns, and length.

You’d mistakenly pass off a Russian Blue for being shy, while in reality, it is a more laid back and quiet cat. Its name comes from its silver-blue and strikingly sparkly coat. Once it familiarizes itself with the environment, it will thrive and reveal its immense abilities.

Though it comes off as conservative, it still is very affectionate and graceful. Russian Blue will always be curled up next to you on the couch. Also, it doesn’t shed off much, so you won’t have to vacuum daily.

The Balinese closely resemble the Siamese strain. If its lush physical attributes like the sapphire eyes don’t grab your attention, its jumpiness will. While they are affectionate, vocal, and social, you will have to get used to them keeping you on your toes and following you around the house.

If your home or neighborhood is usually noisy, this cat can never be bothered, no wonder the nickname “lazy man’s Persian.” It the Persian twin, save for its shorthair. The cat is generally laid back and a master of “minding its own business.”

Some cat lovers prefer thick-coated ones. Selkirk Rex is so woolly that it has been nicknamed “a cat in sheep’s clothing.” It is the largest of the Rex cats and equally curly-coated and soft. Its physical attributes illuminate its personality, as no other cat could be more tolerant, cuddly, affectionate, and sweet.

Havana Brown is playful, friendly, and outgoing. One minute it’ll be sprinting all over the place, and the next, it will be tacked comfortably in a deep sleep. If you could describe it based on its attributes, they’d be affectionate and mischievous.

The Persian breed is sweet, and affectionate. Its most defining physical attribute is the tremendously thick voluminous coat. The pansy-faced cat always looks bewildered because of its seemingly drooping cheeks to the sides.

Burmese is muscular, and affectionate, originally from Burma. They will constantly find comfort in your laps and love being stroked gently. Their wide captivating eyes also make them so adorable.

The cat was first obtained in Kenya’s Arabuko Sokoke National Forest, hence the name. They are lean, with longer back legs and shorter front ones, making them resemble wildcats. These long-eared felines are active and also like climbing surfaces. They are equally affectionate and develop tight bonds with their owners.

Other Factors that Determine a Cat’s Lifespan

Did you know that outdoor activities can cause trauma to cats and increase their mortality rate? It is almost apparent that keeping a cat indoors largely reduces risks that make it susceptible to injuries, diseases, and death. Vets advise that you minimize your kitty’s interaction with the outside world as much as possible.

If you are worried about their physical fitness, cats can have adequate exercise while indoors. Get them some toys, a cat tree, and introduce the leash. Spending more time indoors can increase their lifecycle to 20 years and more, while those overly exposed to the outdoor may barely celebrate their 9th birthday.  Also, pure breeds tend to live longer than crossbred cats.

Since cats are obligate carnivores, their main diet is meat. This is a major area of consideration when feeding them. With the plenty of options of meaty foods available, you need to be careful not to over-indulge them. For example, adults or old cats need more protein and minimal or no carbohydrates in their diet.

Other than proper feeding, parasites and disease also send cats to early graves. Some illnesses may be long-term and eventually compromise the cat’s health. Before taking a cat home, enquire about its genetics and organ functions. Also, have timely medical check-ups even when your cat seems okay.

While feline breeds have an estimated life expectancy, each cat is individually different. Many factors come into play to determine a cat’s lifespan. Lifestyle, diet, and genetics are also vital in a cat’s life.

You can increase and improve the quality of their lives by feeding them nutritious diets, away from dangerous situations, and timely health check-ups. Even though people say cats have nine lives, they will eventually succumb if their vital needs are not met. The best we can do as pet parents are to love, protect and provide for them because that is what a parent does.