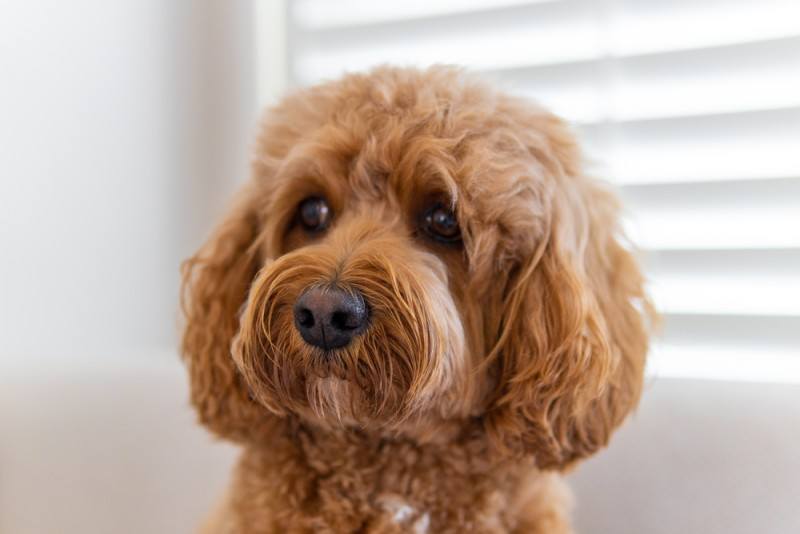 Cavalier King Charles Spaniels are incredibly loving and loyal dogs, but they can be a bit yappy. So, it’s no wonder that people have been crossbreeding these dogs for years, trying to get the best of two worlds.

However, since there’s no guarantee of what traits a mixed breed will take from each parent, there are no guarantees regarding their temperament or behaviors either. But Cavalier King Charles Spaniel mixes make beautiful dogs, so let’s take a look at 21 of the most popular ones out there!

Whether you’re just interested in what’s out there or you’re trying to find the perfect Cavalier King Charles Spaniel mixed breed, we’ve got you covered here.

These dogs stay relatively small at around 12 inches tall and approximately 20 pounds. However, their looks can change drastically depending on which parent they take after.

They are intelligent dogs that make great companions. They’re also great with families and other pets, making them an outstanding choice for many homes.

While the Cav-A-Jack might sound like a drink at the bar, what they are is an adorable mixed breed dog that stays relatively small. They typically max out at 15 pounds and about 12 inches tall, so they’re by no means large.

While they’re loving and affectionate, they can be fiercely independent, like a Jack Russell Terrier. Unfortunately, this means that while these dogs might be adorable, they can be challenging to train.

While other Cavalier King Charles Spaniel mixes are small, they get even smaller when you mix them with a Chihuahua. These dogs max out at 10 pounds and will rarely exceed 10 inches in height.

They’re great companion pets, but both parent breeds are prone to yapping, so you’ll need to have a heavy focus on socialization and training early on to prevent stop your dog from constantly yapping at their own shadow.

There are few dogs as intelligent as an Australian Shepherd, and if you’re lucky, that’s where your Aussalier will get their smarts from. These dogs are active and loving, and like most Cavalier King Charles Spaniel mixes, they tend to stay on the smaller side.

However, they can get as big as 20 pounds depending on how much they take after their Australian Shepherd lineage.

A post shared by Harvey the Golden Cavalier 🦦 (@shenaniganswithharvey)

If you’re lucky, your Golden Cavalier will take their training notes from their Golden Retriever linage, making them both loyal and easy to train.

Corgis have a bit of a cult following in large part due to their soft and gorgeous coats, and many Cava-Corgis will look incredibly similar to a Corgi. In addition, they can weigh anywhere from 10 to 20 pounds and don’t bark that often.

However, they do have herding tendencies, which is something that you’ll need to keep an eye on if you have smaller children.

There might not be a cooler name for a mixed breed dog out there. King Schnauzers are extremely active dogs that many people love due to their being smaller than a purebred Schnauzer.

King Schnauzers end up weighing close to 16 pounds when they’re fully grown, which is less than half the size of a purebred Schnauzer!

Not only do these dogs have a royal-sounding name, but they’re also incredibly loyal and have a great deal of energy. They’re on the smaller side, maxing out around 16 pounds in weight and 12 inches in height.

However, both Cavalier King Charles Spaniel and Yorkshire Terriers tend to bark, so you’ll have to deal with a yappy dog no matter what breed your pet takes after. It’s perfect if you’re looking for a watchdog that will let you know whenever someone is at the door, but it can be a bit frustrating if you live in a small apartment

On the slightly larger side of things for a Cavalier King Charles Spaniel mix, a Cavottish usually weighs around 25 pounds when fully grown. They are extremely friendly and high-energy dogs, making them favorites of many owners.

However, both Scottish Terriers and Cavalier King Charles Spaniel are known for shedding, so you’ll have to stay on top of grooming to avoid dealing with pet hair everywhere.

The Cava-Lon typically weighs about 15 pounds when fully grown. They’re easy-going dogs that make great companions. However, they tend to bark at their own shadow. While that makes them an excellent watchdog, it can get a bit annoying if you live in a high-traffic area or have close neighbors.

The Cavachon is a small dog that maxes out at around 18 pounds and 12 inches tall. However, these dogs are often crossbred to retain some of the Bichon Frise’s hypoallergenic features while getting the smaller size and energy of the Cavalier King Charles Spaniel.

However, there’s no guarantee which parent a Cavachon will take their coat from, so it’s about a 50/50 chance if your Cavachon will be hypoallergenic.

These typically long-haired lapdogs make great companions and are favorites for those looking for smaller dogs. They usually only stand about 10 inches tall but will weigh around 15 pounds.

They are a lapdog through and through, however, and they don’t make good watchdogs because they rarely bark. Still, they’ll occasionally like to play, although they almost always prefer to be curled up on someone’s lap.

The Cavapom is a Cavalier King Charles Spaniel mix that maxes out around 20 pounds. They make great companion dogs, but you need to keep in mind that they have a bit of a one-track mind when it comes to other animals.

That means when you’re out on a walk, you might find it challenging to keep your Cavapom on track if they spot another animal.

There are small dogs and then there’s the Pekalier. They only grow to be about 8 inches tall, and they max out at close to 12 pounds. This makes them great companion dogs in small spaces, but they’re a poor choice if you have little kids.

However, they love to explore and investigate, which can sometimes land them in trouble if they stumble upon cats and other animals that are larger than them.

However, you will need to keep them intellectually stimulated, or else you’re asking for destructive boredom behaviors.

An extremely intelligent Cavalier King Charles Spaniel mix is the Cavapoo. Whether they take after their Poodle or Spaniel parent, they’re bound to be an intelligent dog. Poodles are often hypoallergenic, so if your Cavapoo gets the Poodle coat, you might have a hypoallergenic dog.

Moreover, these dogs weigh close to 20 pounds but can be on the taller side of things at 15 inches. But while these dogs are great companions, they don’t handle being alone for extended periods of time that well.

If you have a Cavador, you’re not going to have a small dog. Cavadors can weigh up to 55 pounds and have an impressive height of 20 inches! Still, Labrador Retrievers are a well-loved dog breed for a reason, and the chances are that you’ll get an extremely loyal and loving dog.

Finally, these are high-energy dogs, so you’ll need plenty of walks and possibly even a few jogs to keep your dog happy and healthy.

There are few dogs with as much of a cult following as the Pug. So, it’s no surprise that people have crossbred them with a Cavalier King Charles Spaniel to maintain their signature Pug look at a slightly larger size.

These dogs weigh close to 20 pounds and have a height of 12 inches. They do great with kids and other pets, making them an ideal addition to any family.

While there are people out there who love the Cava Inu look, it’s best to know what you’re getting into beforehand. If the Cava Inu takes after their Shiba Inu linage, you’re going to have a little escape artist on your hands.

Few breeds are as challenging to handle, so you’ll be better off if the Cava Inu gets their personality from their Cavalier King Charles Spaniel parentage.

The Cav-A-Malt is a breed that sounds like a drink at the bar. But they’re adorable dogs that can be hypoallergenic if they take after their Maltese lineage.

Cav-A-Malts are low-maintenance dogs that are a great addition to a busy household. They’re a small dog, maxing out 13 pounds and 13 inches, but you can find them as little as 10 pounds and 10 inches!

The Cava-Tzu is an extremely popular crossbreed, but it’s a bit of a mixed bag on what you can get. While they’re great with kids and extremely playful, they can be near impossible to train if they get their intelligence from the Shih-Tzu.

Cava-Tzus can be extremely small, as little as 9 inches and 10 pounds. On the other end of things, they can be as tall as 18 inches and weigh up to 16 pounds — it all depends on which lineage they take after!

With so many adorable pups, it can be hard to pick a favorite. The good news is that all these Cavalier King Charles Spaniel mixes are extremely sociable dogs, so there’s no reason that you have to settle for just one!

They’re loving and adorable and bring a ton of joy into any home, so there’s almost no downside to finding one to adopt! 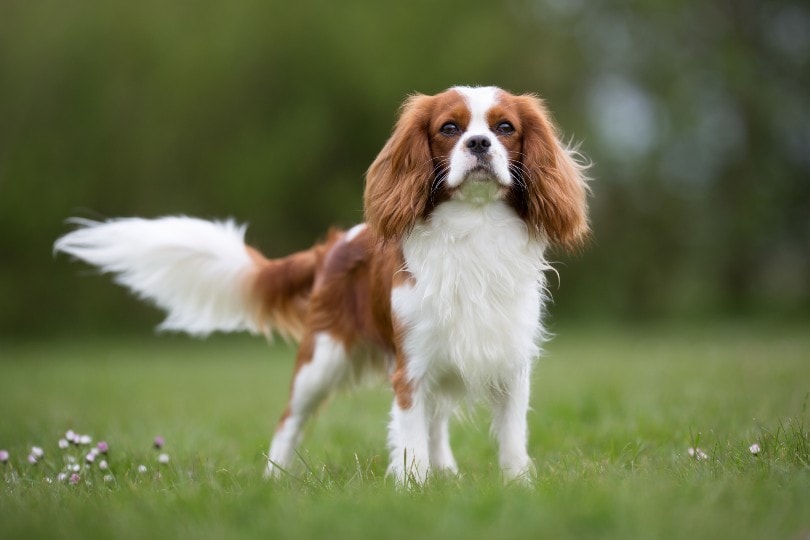 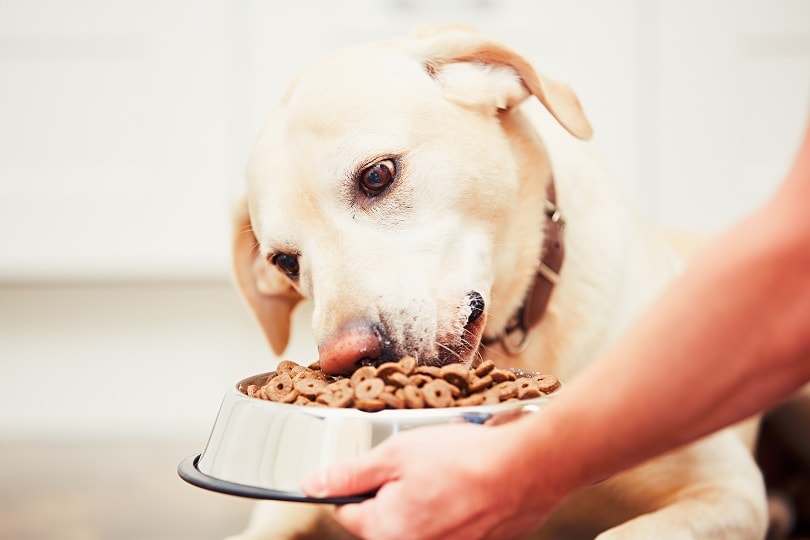 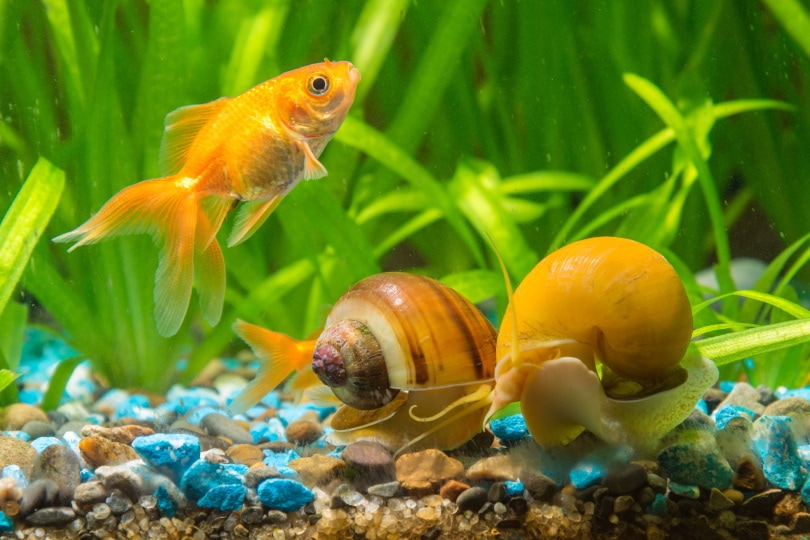 Mystery Snails and Goldfish: Can They Live Together? 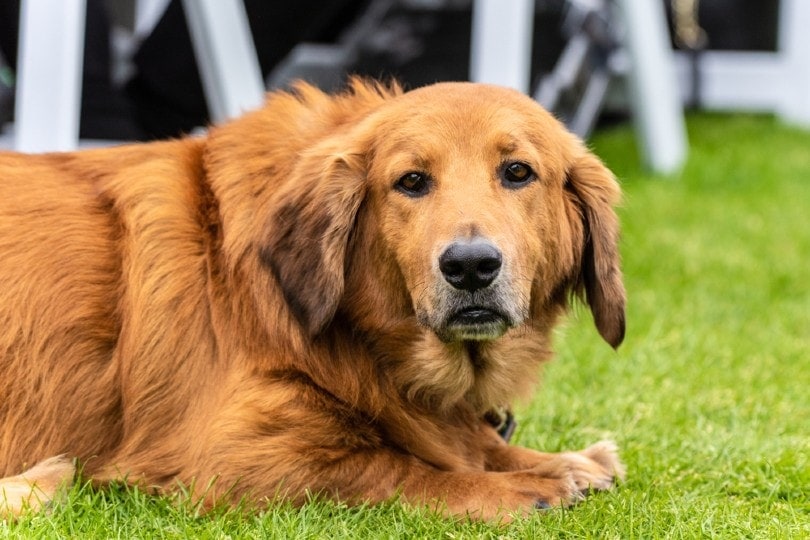