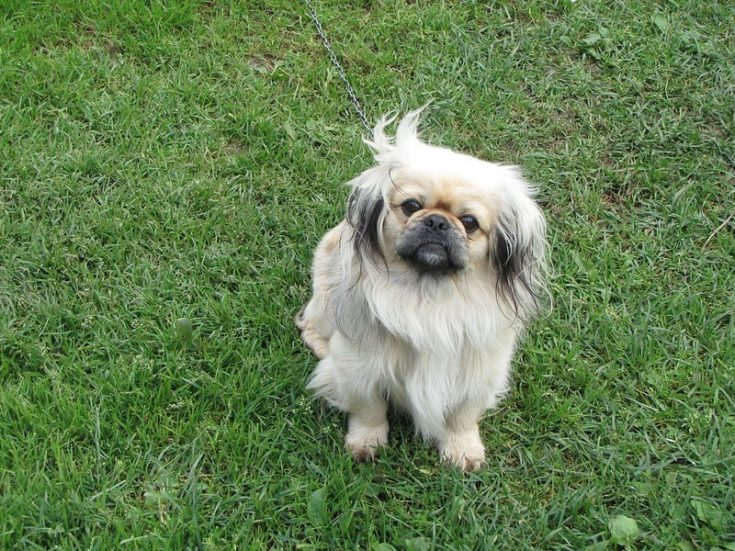 The Cheeks is a cross of the Chihuahua and the Pekingese. He is a small mixed dog who can often be found in events like competitive obedience, agility and watchdog. He lives for 10 to 14 years and is also known as the Pek-A-Chi, Pikachu, Pekachu, Pee-chi or Pekachi. He is a kind, affectionate and playful dog but can be shy and wary.

Where does the Cheeks come from?

The Cheeks is another recent example of a dog deliberately bred from two purebreds. These are being called Designer dogs now and while their beginnings come from the 50s and 60s, it is really in the last 10 to 20 years that their popularity and number have taken off. This in turn has attracted some unwanted types in the form of bad or ignorant breeders and puppy mills who are creating dogs with no care or though just to make money. It is important that should you decide you want a Design dog that you check the breeders carefully before buying, and it would also be great if you could look to rescue shelters first.

As with most Designer dogs there is not much information on who, when, where and why the Cheeks was bred. We can look at the parents for some ideas on what goes into them though. Just make sure you are clear and happy with the fact that despite some promises some breeders make there are no guarantees with mixed dogs. Any traits from either parent could end up in the offspring. Even puppies who are litter mates can vary a great deal in temperament and looks.

The Pekingese is a Chinese breed thought to be at least 2000 years old. He has a lovely story behind his origins. A lion and a marmoset fell in love and the lion asked Buddha to make him smaller so they could be together but to still leave him with a brave lion heart and big character. Buddha agreed and from the two came the Fu Lin or Lion dogs! The Pekingese was named after the Chinese capital which was then called Peking. They were never to leave the palace but in 1860 during the Opium war with the British they became prized and brought back to England. At first they were rare but they became very popular and that spread to the US at the start of the 20th century.

He is a brave and confident little dog with a strong stubborn streak! He still has a dignity about him and obviously believes he was worth all of that devotion and still is. He is protective and loyal and will need firm but positive training methods. The trick to getting him to do what you want is to make him think it is what he wanted all along!

The Cheeks is an affectionate and kind dog, always loving to his family and wanting to be with them all the time. This means he does not like being left alone for long periods. He is alert and can be lively loving to play with his toys or family and have fun. He is smart and agile but is wary around strangers and can even be shy. He can be an independent thinker but tends to be quite easy going still. Socialization is important to help with his shyness.

This is a small dog weighing 3 to 10 pounds and standing just 6 to 9 inches tall. He has a round head with large round expressive eyes. His ears can be floppy or erect. His body tends to be long with short legs and is muzzle is medium length. Some look more like the Chihuahua, some more like the Pekingese and some more of a mix. His coat can be straight, short to long, dense and common colors are white, brown, golden, black and cream. His feet are small and dainty but he has a sturdy body.

How active does the Cheeks need to be?

This is a slightly active dog. He does not require much effort from his owners to keep him healthy and happy. Some of his indoor play will count towards his needs and a couple of short to medium walks will fulfill the rest. He is of a size that makes apartment living suitable and he does not need a yard as long as he is taken outside each day for a walk. He would enjoy time to play in a dog park.

The Cheeks is not an easy dog to train, it can in fact be a difficult task and will require an experience dog owner not a first time one. The dog is sometimes stubborn and strong willed and he can be bossy too. Ideally he needs an owner who will not take that, and will use patience and consistency as well as positive training techniques to make it clear who is boss. House training is also difficult with this dog but should not be let go just because the dog and therefore the messes are small. Early training and socialization will help with the shyness, the bossiness and how he gets on with others.

Living with a Cheeks

He has low to moderate grooming needs, his coat can very depending on which parent he looks more like, but usually he sheds an average amount and will need daily brushing. This will help remove loose hair, keep mats away and distribute the oils in his skin around the body for a healthier a coat. Avoid over bathing him as that will take way those oils. Just give him a bath when he smells or is looking dirty. Brush his teeth at least twice a week to look after his oral needs and check and wipe clean his ears once a week. When the nails start clicking as he walks you know his nails are too long and need to be cut. Only someone with experience should take this on, otherwise take him to a groomer or your vet.

He can be good with children with socialization but is best with older children not younger ones. He is small so young ones can hurt without intending to. Plus the Cheeks does not like to be bugged when he is napping and young kids will have no respect for that. He is not always a natural interacting with other pets and dogs which is another good reason to make sure he has good socialization.

About ¼ to ½ a cup of good quality dry dog food each day should be fed to the Cheeks. This amount should be split in half though to become two meals. He does bark occasionally but is usually not a constant barker. He can be alert and will bark to let you know of someone approaching.

The Cheeks has the potential to have issues with the following health concerns because he could inherit them from his parents. They are Patellar Luxation, Hypoglycemia, Heart problems, IVDD, Eye problems, Brachycephalic Syndrome, Cleft Palate, Cryptorchidism, Hydrocephalus, Collapsed Trachea, Open Fontanel, Hydrocephalus, Shivering and Fold Dermatitis. When you visit the puppy, which you should as a way to assess the breeder’s skills and how they look after their animals, ask to see health clearances for the parents. If you know that both parents have a clear bill of health there is more chance that your puppy will too.

Costs involved in owning a Cheeks

This puppy will cost between $200 to $700. Other costs to cover if they are not covered in the price of the puppy are deworming, blood tests, shots, chipping, eventual neutering, getting a collar, leash, carrier and crate. These come to between $360 to $400. Yearly medical costs not including emergencies or illnesses, just basics for a healthy dog for thing like check ups, flea prevention, pet insurance and vaccinations come to between $435 to $535. Yearly costs for all other basic supplies like food, toys, treats, training, professional grooming (if it has long hair) and license come to between $330 to $630.

Looking for a Cheeks Name? Let select one from our list!

The Cheeks is a very cute and lively small dog who is a great lapdog and companion for most prospective owners. He is well suited to owners who are less active, or ones who living in apartments without a yard. He does shed so that will need some cleaning up and he can have issues with shyness so that needs some good training and socialization. He can offer a great deal of love to someone who can love him in return.