5 Chicken Breeds With 5 Toes (with Pictures) 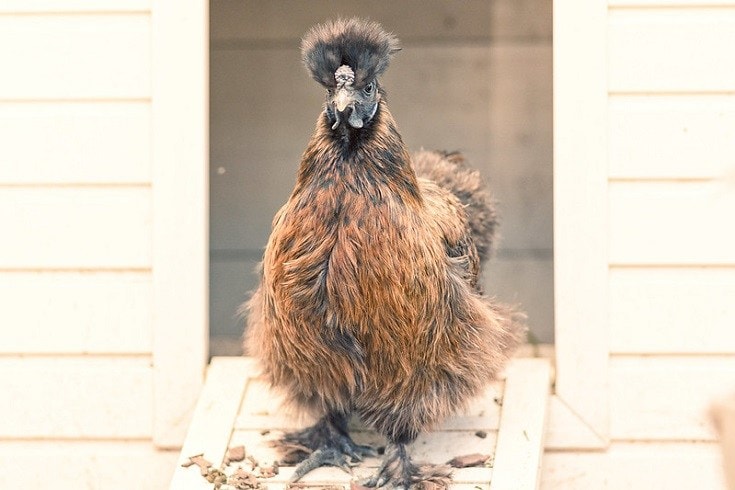 The vast majority of chickens have four toes on each foot. However, a very select few breeds have a fifth toe, and these chickens are known to be polydactyl. There is no real benefit to having the fifth toe, but for some breeds like the Dorking and Silkie, it is considered a standard of the breed. If a Dorking has four toes, it would be considered a genetic fault and would count against the chicken.

We have listed the five unique chicken breeds that do or should have five toes. Let’s take a closer look at each one.

The Dorking is an ancient breed of chicken that comes from the Dorking region of the UK, although it was first found in the more general regions of Kent, Sussex, and Surrey. At the time, this region of the UK was well known for producing great-tasting chickens that were popular as meat breeds. It is believed that the breed dates back to Roman times. It remains popular as table fowl, today, although it is also popular as an egg producer.

Although found in several colors, the Dorking is most commonly found in white, colored, and silver-gray The White Dorking is actually considered endangered, however, so it is unlikely that you will find this color.

The Dorking is a large breed, weighing around 8 pounds. They have short legs and a broad breast, which means that they have meat in the right places. A happy Dorking will also lay up to 200 eggs a year, although the breed is known to sit longer than other breeds. The friendly breed enjoys free-ranging and makes a good addition to any coop.

The Faverolle is talkative, noisy, and something of a comedian. Owners tend to really appreciate their Faverolles because they can be quite pet-like in their mannerisms and attitude. They are named for the small village in France where they originate.

They became popular because they took equally well to life in a cage as they did to free-ranging. Hailing from France, they made their way to the UK and then to the US. As well as five toes, the Faverolle has a beard that gives them a fluffy face.

They weigh approximately 7 pounds and can be very cuddly birds. They will lay about 200 eggs a year but some owners have said that their Faverolles have been especially broody, which can bring laying to a grinding halt.

The Faverolle was actually introduced because the popular French breed at the time did not take well to being kept in a cage. That breed was the Houdan, and this old French breed is another that has five toes on each foot.

It is considered a very heavy bird, usually weighing around 8 pounds or more, and is now considered a rare breed that can be very difficult to get hold of, depending on where in the world you are located.

Like the Faverolle, the Houdan also has a beard and is considered a sweet breed that is easy to handle and makes a friendly addition to the coop.

The Sultan breed comes from Turkey and is so-called because it was originally kept by Turkish royalty. They have been bred to be friendly, loving, and even loyal. They are considered entertaining, and not just for the unusual shock of bright white feathers on the head and white feathery legs.

The same positive traits of the Sultan, including friendliness and a sweet nature, also mean that the breed is not hardy. They cannot be thrown into the coop and left to fend for themselves. In fact, they are likely to be picked on if you have any overbearing breeds, and they are susceptible to predation.

The breed is reared for its unique looks and character. However,

it is not a bird for the table or a prolific layer, so you should think carefully before taking on the Sultan chicken.

Like the Sultan, the Silkie Bantam is an ornamental breed. This means that they are not reared for their meat production, and although they do lay eggs, they are certainly not considered prolific of heavy egg layers.

What they are is incredibly unique. They have five toes, rather than the usual four, and they have the silky coat that comes from incredibly soft and fluffy feathers. They have black skin and bones, and as true bantam chickens, they weigh just 2 pounds.

While it’s true that they will lay approximately 100 eggs a year, it is worth noting that those eggs will be very small, so if you are looking for a breed to fill your breakfast plate every morning, you will need to look elsewhere.

While humans are expected to have five toes, it is a very rare trait in a chicken, and it is not necessarily a desirable one because it does not offer any known benefit to the chicken or its owner. However, it is a noteworthy feature, because there are only five breeds of chicken (as well as some crossbreeds) that have this unusual characteristic.

You should consider all other factors, including friendliness and egg-laying volume, before deciding on a breed for your coop, and consider the inclusion of a fifth toe as an added extra.