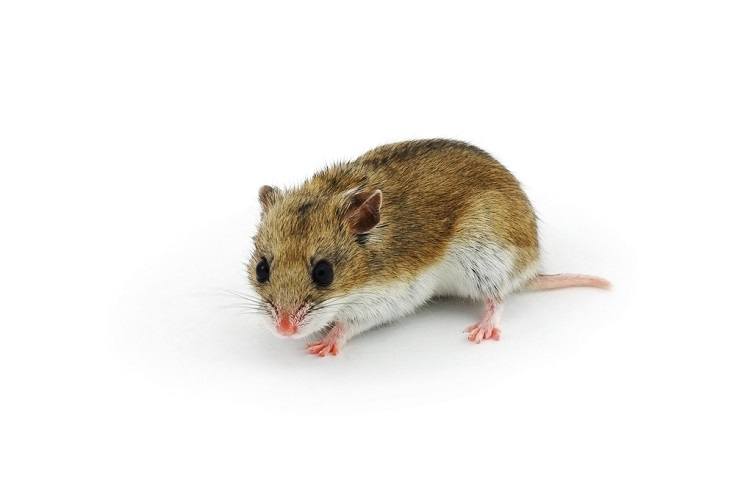 From pests to outlawed exotics to pioneers in the world of biotech, the Chinese hamster wears a bunch of hats. But the one we love the most is that of a playful, small pet.

The Chinese hamster makes a great starter pet for those looking to get into hamsters. They are usually tamed much faster than other hamster breeds and are considered among the most intelligent hamsters. And when raised together from a younger age, Chinese hamsters have few problems living in same-sex communities.

Chinese Hamsters – Before You Buy…

Although rarely seen in pet shops, the Chinese hamster has a long history of being held in captivity. They were originally kept by laboratories in the early 1900s for research but quickly moved on to become pets.

They can be quite timid at first before they are tamed. But don’t worry, Chinese hamsters are quickly and easily tamed. Once they’ve been trained to interact with humans, they become one of the most loving hamster breeds around and bite only in extreme circumstances.

When shopping around for their housing accommodations, you will need to be wary of the type of you buy for your Chinese hamster. Cages designed for larger Syrian or Golden hamsters are not suitable due to the wider spacing between cage bars. Your Chinese hamster will be able to easily slip through the bars and escape. And trust us, chasing a hamster around the house is quite nerve-racking.

If you can’t find a suitable cage, a large tank with a tight-fitting mesh lid will work just fine. And the bigger the tank, the better. These hamsters just love to run and need their space to do so. Otherwise, your bored Chinese hamster will resort to chewing apart everything it can, including anything plastic inside its cage — which can become very dangerous.

But provided you can keep these little furballs from falling under ennui’s spell, you’ll have a loyal and loving friend.

What’s the Price of Chinese Hamsters?

The initial price of the hamster is relatively cheap. You can normally find them for about $15. But the costs start adding up when going to purchase the necessary supplies you need to properly raise your hamster.

There’s also the payment of special licensing fees as needed (more explained below).

1. Their Ovary Cells Are on the Forefront of Biotech Testing

Chinese hamster ovary cells have been found to be a gold standard when it comes to producing biologics. They are the ideal cell and environment to grow proteins within. This works by injecting the gene responsible for creating the appropriate protein into the Chinese hamster’s ovary cells. The cells then allow for the protein to grow and be extracted. This is very critical in the production of new drugs or gene therapy applications.

2. Some States Require Special Licenses to Own, Breed, or Sell Them

When in the wild, Chinese hamsters can be an invasive species and pests. That’s why several states including California and New Jersey require permits to own, breed, or sell them.

3. They Belong to a Group of Hamsters Known as Ratlike Hamsters

Temperament & Intelligence of the Chinese Hamster

The Chinese hamster is one of the more intelligent hamster breeds. They are among the easiest breeds to tame. Although they can be a bit nippy at first, they’ll quickly understand you mean no harm and warm up to you.

They are also among the most playful of hamsters. After taming, you’ll find that they’ll enjoy interacting with you just as much as they do their fellow hamsters. Chinese hamsters can typically be raised in same-sex communities with minimal problems, provided that the hamsters have been together since an early age.

Being a prey animal, Chinese hamsters do not do well around other pets — especially predators such as cats. However, they tend to do alright within same-sex communities. However, you must raise them together from an early age to form a sense of community.

There will still be times when you’ll need to isolate troublemakers. Each hamster has its own personality, so there’s no guarantee that they’ll play nicely together.

Things to Know When Owning a Chinese Hamster:

Raising a Chinese hamster can be a lot of fun, but there are a few things that you should be aware of.

Chinese hamsters don’t require much food to sustain themselves. However, it needs to have proper nutrition. This is why we recommend a proper food mix or pellet specifically designed for Chinese hamsters. It’s just so difficult to get the proportions right when attempting to create your own mix.

You can supplement their diet with the occasional treat, though. You just need to stay away from high sugar foods because they are prone to diabetes. Also, there are several foods that are outright dangerous to feed to your hamster. These include almonds, onions, garlic, and avocados.

Chinese hamsters are very active and require lots of exercise. You’ll definitely need to get them an exercise wheel. But besides a standard wheel, you should also set up times to play with your hamster in a larger isolated area. A bathtub or playpen would provide a great opportunity for your little furball to run around and stretch his legs.

Chinese hamsters have a reputation for being very easy to tame. And that’s because they’re one of the smartest hamster breeds around. Once tamed, they’ll recognize and accept your scent, leading to some fun playtime.

Chinese hamsters have a unique way of clinging onto your fingers with all four feet, as if climbing a pole. And they’ll just love running up and down your arms. After taming your hamster, get ready for one of the more playful breeds around.

One of the joys of owning a hamster is that they’re relatively clean animals. They practice self-grooming and require very little (if any) help. There is one thing that you should take note of though.

A hamster’s teeth never stop growing. So, in order to keep their teeth trimmed down to a healthy level, give them chew sticks designed to wear down their teeth. If they get too long, you’ll need to bring your hamster into the vet where they can cut them before any real damage is done.

Chinese hamsters fall victim to many different common hamster disorders. They aren’t the most robust of hamsters, but they’re not naturally sickly either. The good news is that most of their ailments can be avoided by practicing good cleaning habits of their containment and proper control of their diet.

This particular breed of hamster is more prone to diabetes than others — with the exception of the Campbell’s Russian. However, when properly managed, Chinese hamsters won’t wither away like the Campbell’s. They’ll eat and drink much more than fellow hamsters do, however. By keeping them on a strict, clean diet with plenty of water, they’ll still be able to live full lives.

Like all other hamsters, Chinese hamsters can fall victim to wet tail. It’s a bacterial infection that attacks the gut of the hamster resulting in loose, watery stool. If you notice constant wetness around your hamster’s tail, immediately take it to the vet. When left untreated, wet tail leads to death.

When it comes to minor conditions, mites are perhaps the most common ailment for hamsters. However, it’s also the easiest to take care of. Your vet will be able to prescribe you a topical ointment or drops that can clear them up in no time.

Another thing to look out for is respiratory Infections. Just like humans, hamsters can get respiratory infections. This is often caused by allergens in the area around the hamster’s containment. The common culprit is the bedding inside the cage. If you see your hamster exhibiting any of the signs, take them to the vet where they can be treated.

At birth, male and female Chinese hamsters have very little to no real physical distinction. But that changes at eight weeks of age. It’s around this time that the male’s very prominent testicles can truly be seen. Other than that, there are no distinguishing markings nor any size differences between the two.

However, there can be a huge difference in temperament. Female hamsters have been shown to be markedly more aggressive than males, especially when it comes to breeding. This is why it is recommended to initiate breeding on neutral territory or inside the male’s quarters. After the female has been impregnated, she needs to immediately be moved back to her own space. Otherwise, there’s a good chance she’ll attack the male with death as a very real outcome.

Owning a Chinese hamster can be a very rewarding experience for the whole family. They’re smart, sociable, and easy to tame. Their exceptional playfulness is an extremely desirable quality in a hamster. And the best part is you don’t need to be a hamster expert to raise one. They’re great for beginning owners — with the exception of small children. So, if you’re looking for a great small pet, you should consider the Chinese hamster.

Just remember though, you’ll need to verify with your state to see if they’re considered pests or if you need a special permit.