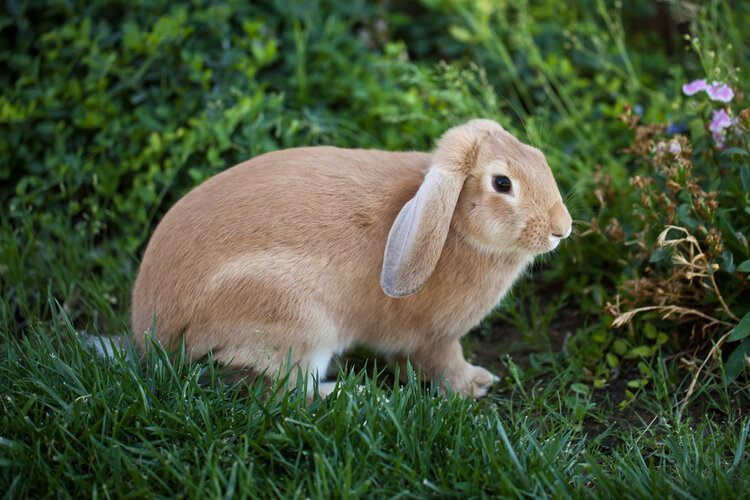 For most rabbit breeds meant to be kept as house pets, a variety of coat colors are standard: Black, white, grey, brown, or a mixture of any of these. The Cinnamon rabbit stands out amongst other bunnies for its unique coat coloration: Just like a cinnamon stick, their red-brown fur is offset by gray and black edges around the ears.

Today, we’ll be looking at the ins and outs of Cinnamon rabbits, from their unlikely origin story to everything you need to know about keeping one as a pet. Let’s get started!

History and Origin of the Cinnamon Rabbit Breed

Being well-known for their enthusiasm for breeding, rabbits have a wonderful tendency to produce new and interesting offspring on a regular basis. When the conditions are just right and genetics are favorable, what results can even be unique enough to eventually be named as an entirely new breed.

In the case of the Cinnamon rabbit, this happy accident was made in Missoula, Montana during the Easter season of 1962, where Belle and Fred Houseman first crossbred a Chinchilla doe with a New Zealand buck. A crossbred buck from this litter would then go on to breed with a Checkered Giant/Californian doe during the children’s next 4-H project, eventually producing a litter with multiple russet-colored babies.

Within a generation, these russet-colored rabbits were bred together to produce litters entirely consisting of lustrous, cinnamon-hued offspring. Now intrigued by the possibilities of these uniquely colored rabbits, the children’s father began taking his kids’ “Cinnamon” rabbits to shows and lobbying for their eventual inclusion as a recognized breed by the American Rabbit Breeders Association.

(A special thank you to Lynn M. Stone for her wonderful book, Rabbit Breeds: The Pocket Guide to 49 Essential Breeds, which we’ve used as a reference here.)

Because of their provenance as 4-H project animals, the Cinnamon was originally bred to be used as a meat rabbit. Through the efforts of Fred and Belle Houseman, though, these wonderfully colorful rabbits have been recognized as fine pets and show animals.

With a so-called “commercial” body type, Cinnamon rabbits are of medium length, and the width of their bodies matches their depth. Their 11-pound maximum weight puts them firmly in the middle of rabbit breeds, being neither too large for children to handle nor too small to be cuddled.

Of course, the most striking detail of Cinnamon rabbits is their coat: Consisting mainly of a burnt orange fur, they are accented with smoke gray on their bellies and black edges to the ears. With their complex mixed heritage, the resulting coat has a high luster and reflects light beautifully.

As with all rabbits, the Cinnamon requires a steady supply of clean water and timothy hay to ensure its continued health. Supplement this diet with nutrient-rich kibble and plenty of leafy greens to round out your rabbit’s vitamin and mineral intake.

Of course, you may want to give your rabbit the occasional treat as well! Flowers, fruits, and vegetables can be given occasionally, but should never make up a whole meal for your bunny. As always, be aware that some plants are poisonous to rabbits; a full list of what not to feed them can be found here.

As with all rabbit breeds of this size, giving Cinnamons plenty of room to run and frolic is necessary for their health. Be sure to equip them with appropriately sized cages or enclosures, and let them out to roam about your house after being litter trained.

With their short and easy to care for coats, Cinnamon’s require minimal grooming to keep them happy and healthy. Once weekly grooming with a brush designed for rabbits will be enough for most of the year, though you may want to groom them more often during shedding season.

Because they are such cuddly rabbits, though, Cinnamons love being given attention. Often just the amount of petting that they ask for is enough to keep their coats looking healthy and shiny throughout the year!

Commercial-type rabbits were all initially bred to be docile, and the Cinnamon is no exception. Due to its crossbred heritage though, Cinnamons also have a very loving and affectionate side to their personalities.

It would be hard to find a rabbit better suited to a house with children. With its calm and kind demeanor combined with a fantastically squishable size and coat, kids of all ages will love spending time with a Cinnamon.

Final Thoughts on the Cinnamon

The Cinnamon is most definitely one of rabbit breeding’s happy accidents. Were it not for the insistence of two kind-hearted children from Montana, this uncommonly friendly, especially attractive, and easy to care for breed might never have existed. Consider buying or adopting a Cinnamon if you’re looking for an ideal rabbit to keep as a pet in your home!