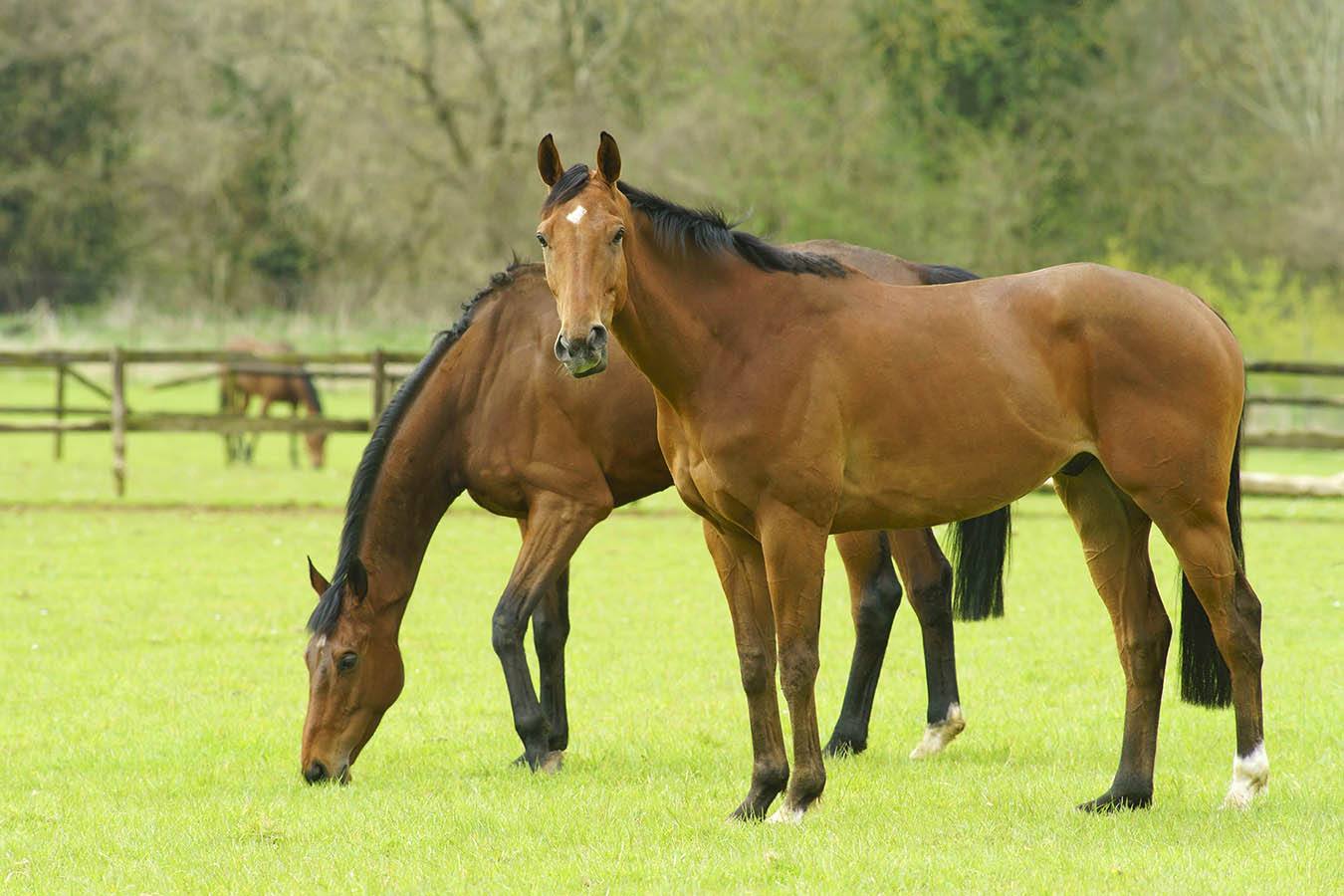 Most people familiar with horses can look at a herd and tell the difference between a buckskin and cream and a palomino and a bay. It’s not terribly difficult to identify the coat color of a horse. But after spending some time around a large herd, you’ll see that not all buckskins are the same because it’s a rarity for two horses to look exactly alike.

Horse markings are what distinguishes horses from one another and there are many kinds of markings. Horse markings are easy-to-see areas of white on the animals’ coat. Almost every horse has markings and it’s the markings that help people identify individual horses.

If a horse is born with markings, the markings don’t change as the animal grows older. As a horse develops and grows, and when it is shedding its coat in the fall, a marking may seem to be changing in shape and/or size. However, this is just a result of the horse’s coat length changing because the underlying markings always stay the same.

A star is a white marking located on the forehead between or above the eyes. These markings can be of various sizes and they don’t always look exactly like stars. Stars can be irregularly shaped, round, or in the shape of a heart, a crescent, or a half-moon.

A snip is another white marking that varies in size and shape. This marking is located on the lower part of the nose.

This marking is a strip of white running vertically down the center of a horse’s face. Strips are not always straight nor do they always run the entire length of a horse’s face. A “race” is a term used for a strip that is not straight.

A blaze is a wide, prominent vertical line that runs down a horse’s face. A blaze can stop partway down the forehead or go all the way to the muzzle.

This horse marking is a white area that’s broader than a blaze and one that takes up the majority of the horse’s face. Most bald-faced horses have blue eyes. This marking is common among paint horses.

Many horses have white areas on their legs that people use to identify the individual animals. The most common leg markings include:

A white leg marking that reaches from the edge of the hoof to the knee or hock, and sometimes higher.

A marking that reaches from the hoof’s edge halfway up the middle of the leg.

A marking that reaches from hoof’s top to just below the animal’s ankle joint.

A leg marking located at the hoof top around the coronary band. This marking is typically no more than an inch above the hoof.

A marking that reaches from the edge of the hoof halfway up the pastern.

These markings are sometimes referred to as smuts or grease spots. Bend-or spots are dark spots found randomly on a horse’s coat. This type of marking was named after a thoroughbred stallion called Bend Or. These markings are typically found on palomino and chestnut horses.

A dorsal stripe or an eel stripe as it’s also called is a horse marking located on the back of the animal. It’s a darker strip of hair that runs the length of the back from the mane to the tail. These markings are common on mustangs.

This type of marking is a black area on a white marking. It’s often located on leg markings just above the hoof. Some horses with ermine markings even have striped hooves.

A marking on a pinto horse consisting of a large dark patch covering the chest, surrounded by white. This marking is usually found on horses that are mostly white.

A dark pinto marking covering the ears and the top of the head. Medicine hat pintos are steeped in Native American legend. These horses are rare and are believed to have a magical ability to protect the rider from injury or death in battle.

Some horses have isolated spots on their bodies that are not large or prevalent enough to consider them as breeds like appaloosas, pintos, or paints. These isolated markings or “body spots” as they’re also called are caused by something called sabino genetics.

A horse’s genes determine whether it will have white markings. While genetics do determine whether or not markings will be present, it’s not fully understood what factors influence their exact shape and placement.

Patterns on Horses are Not Markings

Some horses have unique patterns on their bodies that are colored differently from their coats. These patterns are not classified as horse markings. For example, a horse with a brindle pattern (faint vertical striping) that’s a slightly diluted shade from the animal’s base coat color is simply called a “brindle”.

There is some disagreement among horse people on what certain horse markings should be called. While the above information can be considered reliable, it’s advisable to consult with the registering organization for their definition of horse markings if you’re registering a horse.