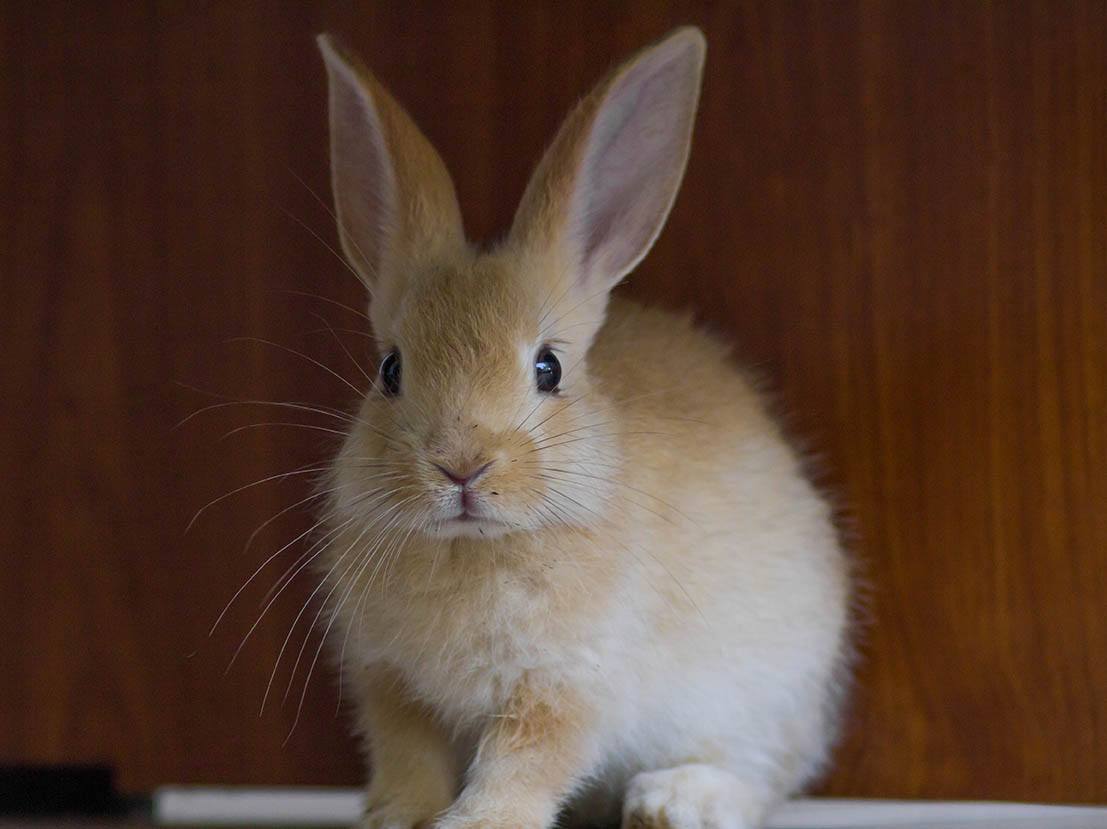 The Creme d’Argent rabbit is one of the rarest rabbit species in the world, with fewer than 1,000 left globally. The Creme d’Argent has only been preserved in the United States and the United Kingdom, but groups like ARBA are working to protect the species. They are a beautiful specimen of the rabbit species and are quite large. These rabbits have creamy-colored overcoats with bright orange undercoats.

Quick Facts About the Creme d’Argent

The name, Creme d’Argent, would seemingly point to France as this rabbit’s place of development. In reality, their exact origin is unknown. France is credited with their production because the first mention of the beautiful species showed up in a French paper first in 1877.

The modern-day theory is that the rabbits developed in France, but no one knows how or what species were used in their creation. They are likely descended from one of the seven oldest Argent rabbit breeds, hence the latter half of their name.

After their mention in the Jardin d’Acclimatation, France’s livestock journal, they became increasingly popular. Their fur trimmings were highly sought after, and they began to be massively bred for their lush coats.

These fluffy rabbits first came to America around 1924. Although they grew in popularity quickly, they fell just as fast. The breed has since become extinct in every country, including France, except for the U.S. and U.K.

When the Creme d’Argent were popular, they were bred for their fur and as meat rabbits because they are quite large. They also make excellent pets due to their likable personalities and laidback temperaments. Although they make good options for those interested in beginning with rabbits, they can be tough to find.

How Much Do Creme d’Argent Cost?

Depending on the pedigree and conformity of the rabbit, Creme d’Argents can be quite expensive. You can often expect to pay upward of $75 for a single Creme d’Argent, but you will have to find a breeder first.

The easiest way to find updated breeder lists if you want to adopt a Creme d’Argent is to go to ARBA’s website. They frequently update their list of the current breeders for this species because they are committed to their preservation and continued promotion.

The typical behavior and temperament of a Creme d’Argent rabbit make them a good option as a pet. They are friendly and are happy to be handled consistently.

These rabbits haven’t primarily been developed for pets but for meat, fur, and show purposes. Because of this and the overall necessity for being able to handle them, they were selectively bred to be docile and sociable.

One upside to their relative rarity is that they are not commonly found in pet stores. Instead, they are selectively bred and handled from a young age by breeders running a rabbitry. This rearing increases the likelihood that you will get a sweet-natured pet already used to getting handled.

The appearance of the Creme d’Argent does not vary much. They are beloved for their color and are not a breed that could come in almost any rabbit color imaginable.

The coat of the Creme d’Argent is typical of other Argent rabbits. They have short, rollback fur. That means their coat doesn’t need regular grooming and is easy to maintain.

True Creme d’Argent rabbits only come in one color, with slight depth varieties. They appear to have creamy orange or silvery orange fur. This coloration develops because of the silvery-white and orange guard hairs interspersed throughout their coat. Their undercoat is entirely creamy orange, and the same color tints their skin underneath.

Although a Creme d’Argent can come in slightly different varieties and shades, orange-silver and orange-fawn are the only color combinations that ARBA currently accepts.

How to Take Care of Creme d’Argent

The Creme d’Argent is a low-maintenance animal. So long as you take care of all their needs and ensure their continued health, they will live up to a decade. Their enclosure is one of the most important parts of their care.

As with any pet rabbit, they need to have enough space to move around. Rabbits should not sit for hours on end. In nature, they are similar to scavengers and need plenty of time to move around and graze. They are also quite playful creatures.

The Creme d’Argent rabbit is no different. They can live indoors and outdoors as long as they are kept safe in extreme cold or hot weather.

If you do keep them outdoors, a two-story enclosure is best. It keeps them safe from predators by lifting their cage off the ground. You can then install a ramp that extends down to a ground area that is entirely fenced. This style keeps them safe but allows them space to hop around underneath.

If you keep your rabbit indoors, find a large cage for them to play around with their toys and easily stretch out. If they only have a small amount of space, give them plenty of time outside of their enclosure to exercise.

A rabbit’s enclosure should be made of wire. It should have a metal or plastic bottom that can hold their bedding. You should spot clean this every day, similar to a cat’s litterbox. Replace the bedding entirely once a week.

Grooming these animals is easy. Since they have such short fur, you don’t need to worry about it getting matted or tangled, like with an Angora rabbit. Instead, use a slicker brush occasionally to get rid of shedding hairs and bond with your rabbit.

Never bathe your rabbit. If they get dirty, clean off dirt by spot cleaning with a damp towel or cloth. Baths can make rabbits so anxious that it could result in cardiac issues.

Do Creme d’Argent Rabbits Get Along With Other Pets?

Creme d’Argent rabbits are incredibly docile. They are not territorial and will rarely start fights with other rabbits. It is often recommended to keep different rabbit breeds separate, and we also recommend this for their overall health and safety. They can play together, but they should have other living spaces to call theirs.

Rabbits of any kind are low on the food chain. Do not keep them around other common pets like cats and dogs. Some rabbits don’t mind these species, but many others will feel the danger they are in and become anxious. Anxiety in a rabbit often leads to heart problems and can even be fatal.

What to Feed Your Creme d’Argent

Creme d’Argent rabbits eat a similar diet to any other type of domestic rabbit breed. Their diet should consist of at least 70% hay to help them digest and fulfill their fiber needs.

The remainder of the Creme’s diet should be supplemented with a balance of rabbit pellets and fresh produce. They should get leafy greens, vegetables, and fruits. Dark-colored greens are the most nutritious for your rabbit, so avoid foods like iceberg lettuce.

Always check whether a fruit or vegetable is good for your rabbit before giving it to them for the first time. Some veggies are harmful to them, including potatoes, beans, and cabbage.

Overall, this rabbit breed is not highly susceptible to any particular disease. They are relatively healthy rabbits. Check their ears regularly for any waxy buildup and clean them out gently if you notice this happening.

Rabbit’s teeth never stop growing. They should get checked for overgrown teeth and get plenty of fibrous food to help file them back.

Once or twice a year, give your rabbit a pea-sized amount of de-worming paste to keep them protected, especially if they are allowed outside.

Due to their rarity, there is little information on the specifics of breeding a Creme d’Argent rabbit. However, it is relatively typical of the breeding of other rabbits.

Heavier rabbits like the Creme d’Argent can usually start breeding around 8 to 9 months old. They have a gestation period of 1 month or 31 days. You can typically wean the litter from them at between 5 to 7 weeks old.

Creme d’Argent does are reputed to make quite good mothers. They have five to eight kits in each litter and will look after them until you wean them. Sometimes, they are unwilling for this to happen, but you can work through it, especially since they are so docile.

Are Creme d’Argents Suitable for You?

The Creme d’Argent is suitable for people who want a medium-sized pet without the maintenance required for a cat or dog. The large size of this rabbit suits them perfectly for this purpose. They are also good for families with children, although older children will have an easier time handling their large bodies.

Overall, if you are looking for a lovable pet with an admirable coat and well-mannered elegance, this is the rabbit for you. They are best for all types of people and family units, including singles, seniors, families with children, and first-time owners.

Interested in learning more about different breeds of rabbits? Check out these!