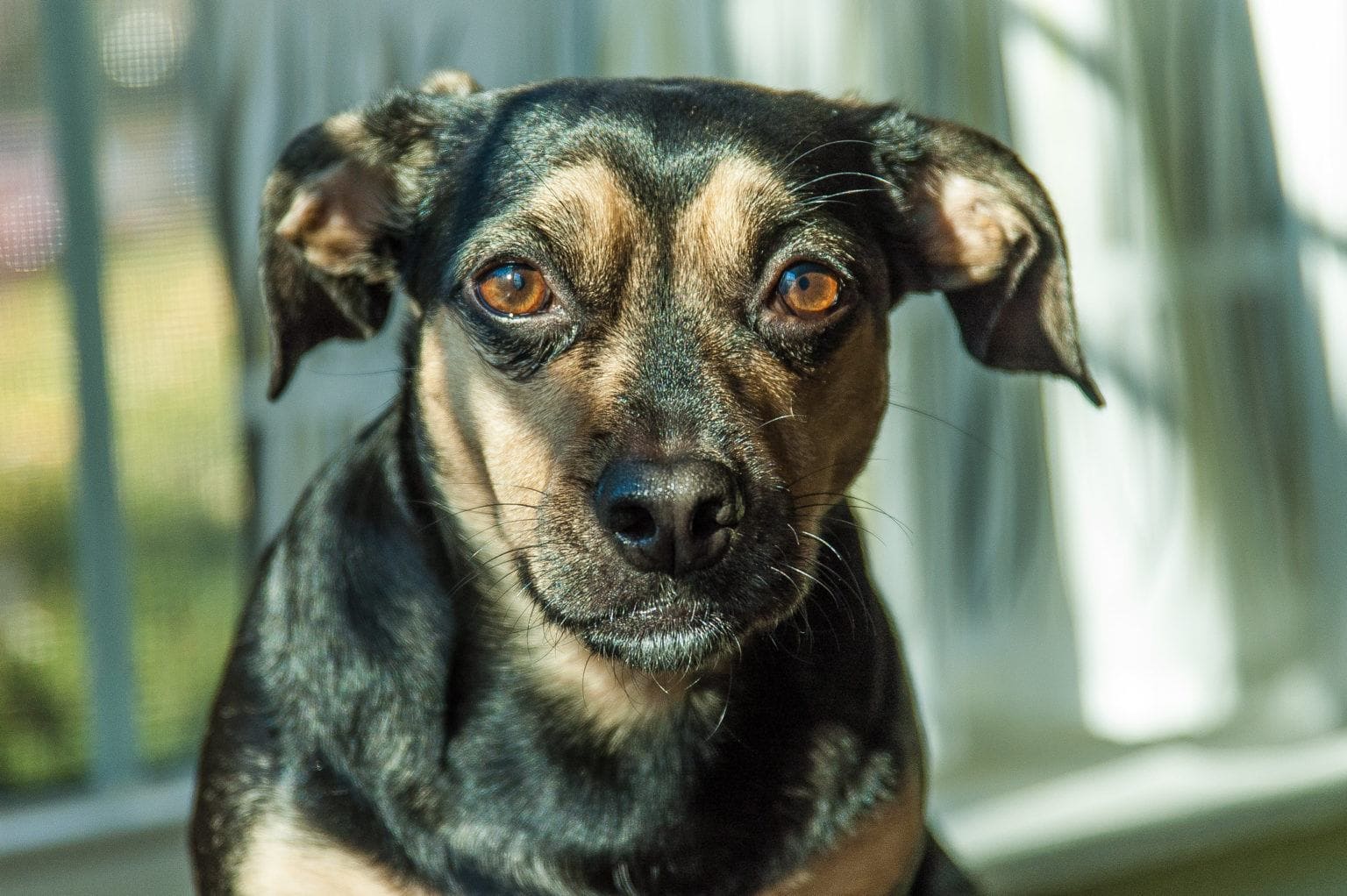 The Daug is a mixed or cross breed of small to medium size with talents in herding, sighting, military and racing. She is also referred to as a Dachshund/Pug Mix as her parents are the Pug and the Dachshund. She has a life span of 12 to 15 years and is a clever and bright dog with a very sweet and loving disposition.

Where does the Daug come from?

The Daug is a designer dog, part of a new trending group of mixed dogs that have been deliberately bred usually from two purebred parents. Unlike mutts which tend to be accidentally mixed breeding, these are meant to have some guidance to them by the breeders. But key to this part of the canine world is to get a good breeder. There are many puppy millers, back yard breeders, and ignorant people who are seeing the popularity of mixed dogs as something to make money off of. As a result the dogs are not cared for, there is no thought about why a mixing of two breeds is a good idea and no care about the health of the parents or the puppies.

Pugs are a very old breed coming from China and can be found as far back as 206 BC. Emperors of China prized them and they were given every luxury and pampered completely. When trading with Europe began in the late 16th century Pugs came over with Dutch traders. They became favored throughout Europe in many royal and noble families. His popularity continued into the Victorian era and he was brought to America after the Civil War. While they were popular initially they fell out of favor for a while.

The Pug’s purpose was never to be a hunter, retriever or a ratter even, he was bred for one purpose, to be a companion. That is what he still is today. He will happily be a lap dog all day and expects your devotion for which in return he will be devoted to you also. He can still be playful but is a far calmer dog than many!

The Dachshund is a German bred dog where he was used to hunt badgers and other den animals like foxes. In packs he also would hunt larger animals like deer or even wild boar. He comes from around the 15th century and back then he varied in size. Over many years he was altered to create a dog who was fearless and elongated so he could dig into burrows. During the 1800s he also started to be bred to be a companion not just a hunter, particularly in England. At the end of the 19th century he arrived in America.

The Daug is a loving and affectionate dog, she loves to cuddle but she also can have an independent side to her. She is alert and lively too and is fairly intelligent. There is no doubt she is loyal to her owners but sometimes there can be variations between some being timid while others are braver and more bold. She is very sweet and while she loves her lap time sometimes her independent nature means she is equally happy of investigating or playing somewhere. She can be protective of her territory and her family and tend to be eager to please. While sometime she can just be wary around strangers, some Daugs are actually more aggressive around them so socialization will be important for her.

This is a small to medium dog weighing 15 to 25 pounds and standing up to 11 inches tall. She has a coat that can be wiry or fine and most tend to be shorthaired though some are longer. Common colors are brown, silver, black and tan. Her tail can be curly like a Pug’s or straight and curved and she usually has a long body with short legs so she is low to the ground like the Dachshund. Usually too her face is not as flat as a Pug’s face so this tends to mean she has less breathing issues. Some are slim and some are a little more muscular

How active does the Daug need to be?

The Daug is a small dog so she does not have a lot of needs in terms of physical exercise. Her size also means she is suitable for living in an apartment without a yard though having one is a bonus. She will need daily walking still but a couple of 15 minute walks should be plenty along with an occasional trip to a dog park where she can play with you, run free and socialize. She does sometimes have a hound sense of smell which means she will want to follow scents and may tend to do a lot of digging.

She is moderately easy to train so it will need some patience but it will not be painfully slow. She is fairly smart and is eager to please which are good things when it comes to training. But she can also have an independent side that might make her stubborn at times too. Her progress will be gradual, and you should use positive training techniques. Stay firm with her and be consistent while trying to keep the sessions interesting. Early socialization and training are key to how she interacts with other animals, dogs, pets, children and strangers. A well socialized and trained dog is a joy to be around and easy to take out.

Living with a Daug

She sheds a low to moderate amount all year but will shed more during seasonal shedding times. Grooming is quite easy and fairly low in terms of how time consuming it might be. Give her a brush twice a week and that should be enough then up it to daily during the seasonal shed. This will also help move the natural oils in her skin around her body giving her a healthier coat. Only give a full bath when she really needs is so those oils are not adversely impacted. Her nails should be clipped by someone who knows what to watch out for with dog nails, when they get too long. Her ears should be checked for infection and wiped clean once a week and her teeth should be brushed at least two to three times a week. Since she can be prone to dental problems if possible make it daily.

The Daug is a good dog with children, she will enjoy playing with them and will be affectionate and protective of them. She also tends to be friendly with other pets though some have a habit of chasing small animals. Being raised with children and other pets is a great way to make her better at it. With other dogs how good she is depends on socialization and which parent she leans more towards.

She is alert and can make a good watchdog who would bark to alert them of an intruder. She needs to be fed ¾ to 1½ cups of good quality dry dog food each day split into two meals. She is a frequent barker which may be a problems with some apartment who have stricter rules on noise or if you have neighbors who are anti-noise.

The Daug can have eyes problems and they can get irritated easily. She is also prone to ear infections. Otherwise there are health concerns she can inherit from her parents such as IVDD, Back Problems, Epilepsy, Eye problems, Bloat, Cushings, Diabetes, Deafness, PDE, Epilepsy, Nerve Degeneration, Legg-Perthes, Hemi-vertebae, Patellar Luxation, Vaccination Sensitivity, Allergies, Demodectic Mange, Yeast infections, Hip Dysplasia, Staph and Walking Dandruff.

Costs involved in owning a Daug

Looking for a Daug Puppy Name? Let select one from our list!

The Daug is a cute dog that draws a lot of notice when you take her out for a walk but she is not a passive or easy going dog, at least not all the time. She can be stubborn and some can be aggressive so early training and socialization are essential. Be prepared to put in the work with her and you will be rewarded with a loyal and loving companion you will be proud to show off. 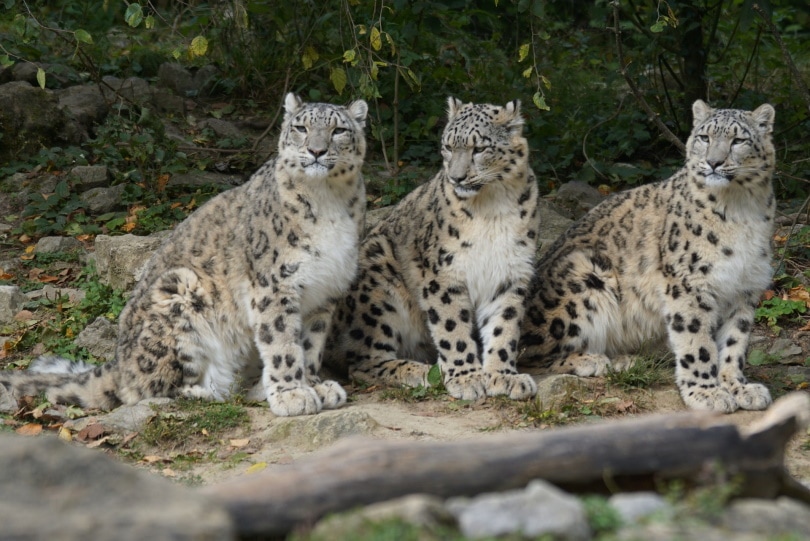