Do All Dogs Come from Wolves? (Evolution History of the Wolf) 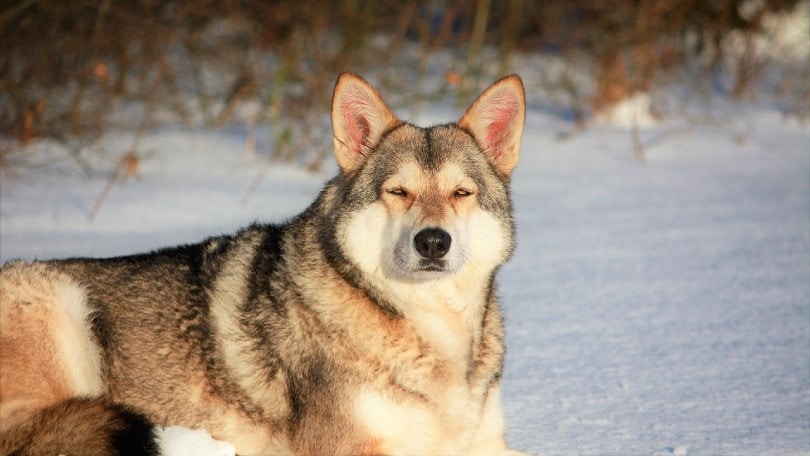 There’s a lot that scientists still don’t know about the true origins of modern dogs and a lot of conflicting research out there. However, there are things that we know are certainly true. It’s true, for example, that all dogs come from wolves. Dogs are, in fact, the earliest known domestic animal. However, they probably were domesticated on separate occasions in different parts of the world. Let’s find out more.

Wolves, like dogs, have not been around since the beginning of time. We know that the grey wolf was a canine predator in North America starting about 750,000 years ago. Before that, there were Miacids.

From Wolf to Dog

The transition from the wolf to the dog is still quite foggy and difficult for scientists to decipher.

Before 2016, it was assumed that all dogs were domesticated from wolves about 15,000 to 40,000 years ago, in either South China, Mongolia, or Siberia. Scientists have not agreed on a specific era or location.

The game changed when the Newgrange dog was found in an ancient Irish burial several years ago. The dog was 4,800 years old and had the best-preserved DNA in its bones than ever discovered before. This allowed scientists to look directly into ancient dog DNA along with previous ancient dog DNA samples.

Taking this new data and comparing it to others, scientists discovered that the modern dog came from one European area and one East Asian area. At one point in history, there was a decrease in the dog population in Europe. The East Asian dogs were possibly brought in to sustain the species, or the dogs simply were traveling along with their migrating owners.

What probably happened was that there was one population of a now-extinct type of wolf in the ancient world that was split in two (one group went East and one went West), then they were domesticated separately before they were extinct. After that, the dogs from the East traveled to the West with their humans who migrated there, then they mixed and somewhat replaced the Western dogs.

Not only did domesticated dogs mate with each other; dogs and wolves have continued to be interbred since domestication as well. This fact also distorts the genome of the modern dog, making it very difficult to figure out the exact origins.

A lot of people think that humans domesticated dogs. But many experts do not agree with this theory. They suggest that dogs domesticated themselves.

It makes sense if you think about life in ancient times. Dogs and humans competed for food, and one could have easily taken down the other. Here’s what maybe happened: the more docile wolves came to humans for scraps of food or other sustenance or protection. In this way, wolves had exploited a human weakness for themselves and got them to bring them out of the cold, scraps of food, and other kinds of help. Dogs probably came about through “survival of the friendliest” rather than humans winning “survival of the fittest.”

How Did Dogs’ Appearances Change So Much from Wolves?

It’s hard to believe that breeds like Chihuahua and French Bulldogs evolved from wolves, but it’s still true. Scientists have not yet found any evidence to prove otherwise. How did this happen?

Brain Hare, director of the Duke University Canine Cognition Center suggests that the physical changes in dogs happened because of their friendliness. It’s a process called self-domestication. This theory is proven by a case of fox domestication in Russia. When experimenters bred foxes that were comfortable with human interaction, over time the more social fox kits displayed more amiable features, i.e., they looked cuter and less vicious to humans.

From there, through the different regions’ domesticated dogs intermingling and intentionally breeding for certain traits, different sizes, shapes, heights, and other physical characteristics came about.

Which Dogs are Closest to Wolves?

While there are dogs that look very distant from wolves, there are some dogs that still hold close genetic ties to wolves. These dogs can either look like wolves, look nothing like wolves (but still have close DNA to wolves), or have certain personality traits that are wolf-like).

Wolves Have Physical and Pack Smarts, Dogs Have Social Smarts

One interesting thing to note about the evolution from the wolf to the dog is the different bits of intelligence each species has.

This University of Vienna study wanted to figure this out. They presented dogs and wolves with impossible problems to solve in the shape of puzzles. While wolves got to work right away with physical force and using trial and error to solve the puzzle, often dogs would look back to their humans for answers and were unable to try anything on their own.

The results of this study tell us this: domesticated dogs possibly lost the specific genes needed to problem solve and work as a group with other dogs, something that’s still intact in wolves. Instead, dogs have learned to use humans to solve their problems and depend on them heavily. This also makes dogs more responsive to human cues.

You May Also Like: Wolf vs Dog: What’s the Difference?

It’s believed that dogs still retain some wolf characteristics, such as their pack mentality. In one-dog households and with certain breeds of dogs more than others, dogs tend to see the human as the “Alpha.” If the dog deems that the human is not doing his or her assertive duty, some dog breeds will act as Alpha on behalf of the human. Multiple-dog households could also have a pack mentality within the groups of dogs, but this can change from day to day.

Dogs also sometimes lick to greet the people around them. Wolves do this to their pack members to show affection, too.

Dogs and wolves don’t just look similar. As we’ve learned today, they are distantly related, whether they domesticated themselves or not, or whether that happened 15,000 or 33,000 years ago. We know that it happened at some point, and we are happy about it! Otherwise, our loving and loyal furry friends would not be around for us to enjoy.