Do Beavers Make Great Pets? What You Need to Know! 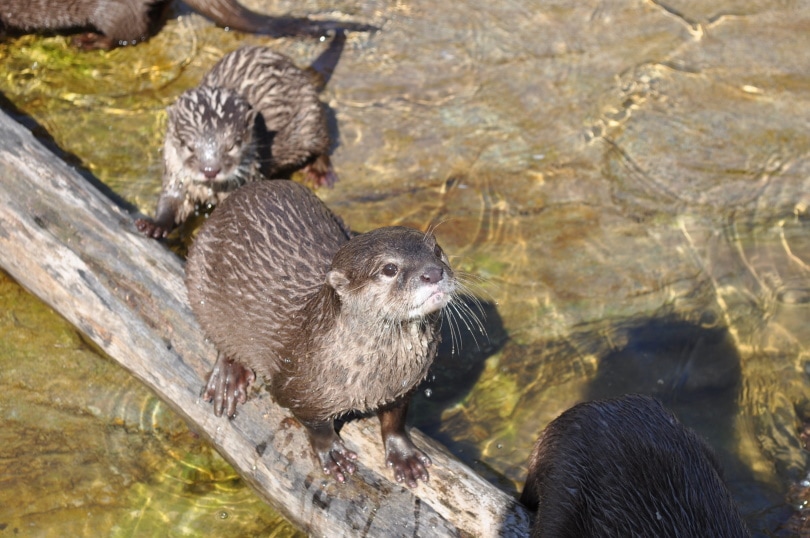 Beavers are adorable animals, and it’s natural to wonder whether they could be domesticated. But do Beavers make great pets?

The short answer is no, they do not. Besides the fact that it’s illegal in most states to keep Beavers as pets, they are not easy to train or look after and will most likely chew on every wood object that they can find in your home.

While there have been cases of people keeping orphaned Beavers as pets at times, these wild animals are certainly less than ideal to keep at home. Read on to find out why.

Why shouldn’t you keep Beavers as pets?

In all but a few states in the U.S., it is illegal to keep wild animals like Beavers as pets, but this is only one reason that keeping one at home is not a great idea. If getting into trouble with the law is not enough, here are a few other reasons.

Because Beavers are wild animals, training them is close to impossible, even if you have one from a baby. These animals have lived for thousands of years happily in the wild without any human interference, and unlike dogs, they are not capable of learning commands or going for walks on leashes. They cannot be house trained either and will simply defecate wherever they feel the need: in your pool, on the sofa, or even your bed.

Beavers live most of their lives in water, and they cannot survive without it. This means you would need an extremely large pool or tank to house them in, which will swiftly get extremely dirty. They will defecate, eat, and live in the water, and you’ll need to change a massive pool of water daily to keep it clean.

In the wild, Beavers are extremely territorial animals. For the most part, they are docile and gentle animals that are rarely aggressive, but when it comes to their territory, they will claw and bite to protect it. If you have any dogs or cats, a Beaver could seriously injure them in the protection of their territory. While there are not many cases of Beavers attacking humans, they will certainly bite or claw when they feel threatened, and there has been one known fatality from a Beaver attack.

As is well known by most, Beavers love to chew and gnaw on wood because it helps shorten their perpetually growing teeth. They will also eat wood if there are not enough vegetables around, and this means every wooden object in and around your home is a potential meal, including your front door! Their teeth are made for chewing, and they will work their way through your furniture before you’ve even noticed that it’s happening.

Beavers are largely nocturnal, and while they may be diurnal some of the time, they are mostly asleep during the day. This makes caring for them even harder and keeping them away from any wood in your home more difficult. Also, they sleep for around 11 hours a day — mostly during the daytime — so you aren’t going to be able to spend much quality time with your pet, anyway, unless you want to radically change your sleep schedule.

They are highly social

In the wild, Beavers live together in small colonies and are highly social animals that maintain monogamy and look after their young. Keeping a Beaver alone and away from their community is not only unnatural for them but will cause them tons of stress and unhappiness, and they’ll be likely to react aggressively.

Beavers are a keystone species

Besides being illegal and making less-than-ideal pets, anyway, Beavers are essential in the wild and have a vital role to play in their local ecosystem. These animals are what is known as a “keystone species,” meaning that their presence affects entire species of animals and plants. Without them, these animals and plants would struggle or be wiped out altogether.

Beavers create habitats for aquatic and wetland species, including frogs, turtles, ducks, otters, and water birds like Herons. The dams that Beavers build to store food and provide shelter from predators are also vital to the environment. These dams act like huge water purification systems and sift out silt and sediment, which also helps enrich the surrounding soil.

Beavers were once nearly completely eradicated from the United States, and the consequences of this were thankfully plain to see. As a result, hunting, trapping, and keeping Beavers as pets are, for the most part, illegal, and their numbers are steadily growing again.

Keeping a Beaver as a pet is illegal in all but a small handful of states, but even if it is legal in your area, Beavers still do not make great pets. They are difficult to care for and house, almost impossible to train, and potentially aggressive, and they will make a ton of mess in your home.

The best place for a Beaver is in the wild, enacting their job as a keystone species and peacefully and happily living their lives.

SEE ALSO: Do Deer Make Great Pets? What You Need to Know!