Do Ducks Have Ears? How Do They Hear? 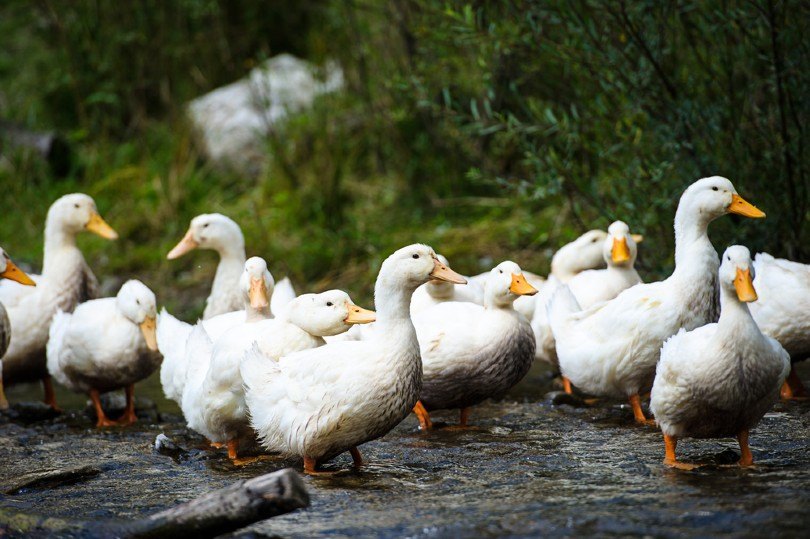 How do ducks hear? It’s obvious they don’t have ears. This is a question that’s been asked many times over the years by children and adults alike. Actually, ducks have ears. It’s just impossible for us to see them.

Of course, hearing is one of the five senses, and we use it to understand and keep up with the people and things around us. So, it’s extremely important in our world, but it’s even more essential in the world of animals. Animals must use their hearing to avoid predators, seek out their prey, and survive in the wild animal world.

Have you ever wondered how the duck can hear a duck call if they don’t have ears to listen to it with? So, have we. In this blog, we’ll find out about ducks’ ears and how they hear everything around them.

Do Ducks Have Ears?

The answer to this question is a resounding yes. Ducks do have ears. We don’t see their ears because they aren’t noticeable to us. In humans or other types of mammals, the ear is on the outer side of the head, which means we can see them clearly.

However, ducks’ ears are simply small holes on each side of their heads, right behind and below their eyes. We can’t see those holes because they are covered over with feathers. These soft feathers are called auriculars and work to protect the ducks’ ears from harm.

It’s essential to note that ducks depend on their hearing to help them understand the world around them, communicate with each other, and their very survival since they need their hearing to find food.

So, now that we know that ducks do indeed have ears, just not where we thought they should, we’ll delve a little further into the topic and explain how ducks hear as well.

How Do Ducks Hear?

Unlike us and other mammals, ducks don’t have the external appendages we do to track sound around them. Instead, they use their entire head to hear what’s happening in their world. In this way, the duck’s able to track sounds above him, below him, and even on the same level that he is.

In other words, the duck uses his entire head like gigantic ears.

Can a Duck Mimic Sounds?

While vocal learning is not common in the animal world, it’s entirely possible for it to happen. For example, everyone has a parrot or has seen parrots before that mimic sound, as well as heard songbirds, do the same. So, do ducks mimic sounds as well?

Surprisingly, they can. So, if they can hear it, such as a car door slamming or the like, then it’s thought the ducks can mimic the sound also.

What Is a Duck Call?

For those who aren’t quite sure, a duck call is an instrument or a sound that hunters use to call ducks to the area they’re hunting in. Bird watchers have been known to use the same sound and equipment also. The call imitates four sounds that lure the ducks in. These sounds are the feed call, the comeback call, the hail call, and the quack.

Related Read: How Often Do Ducks Lay Eggs? Everything You Need to Know!

This concludes our blog on whether ducks have ears and how they hear with them. The answer is yes, they have ears, just not the same type that we do. Instead, they hear by using their entire head, as if it’s a massive ear, which is quite interesting if you think about it.

So, the next time you’re out feeding the ducks at your local pond, take the time to study what they do when they’re listening. It should be a fun thing to watch.