Do Foxes Attack Chickens in Daylight? Or Only at Night? 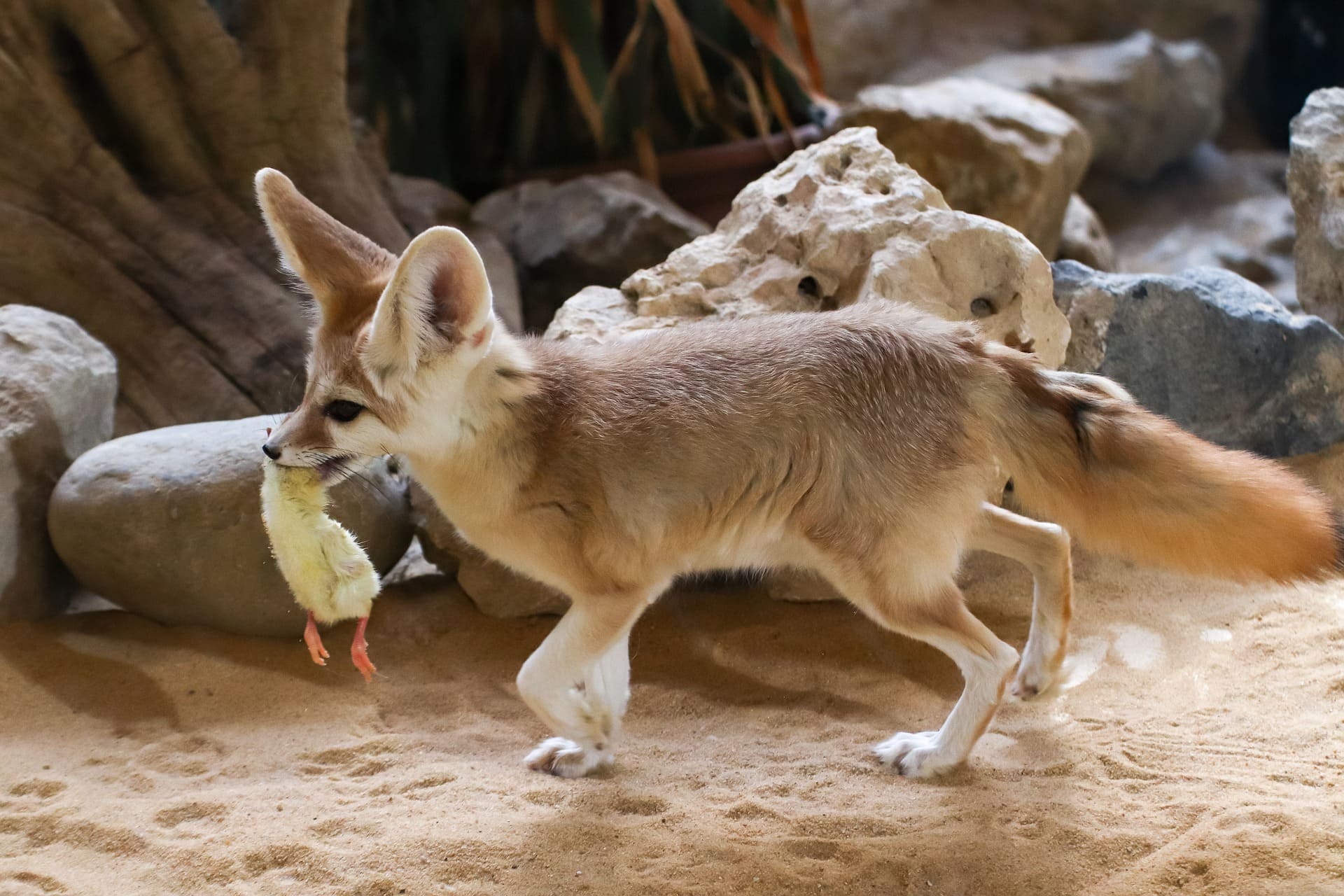 Foxes stereotypically only attack at night. However, they can and will attack during the day too. In fact, these predators will attack whenever they are able — the time of day doesn’t matter. In many cases, foxes will even actively hunt during the day.

Foxes are extremely smart when it comes to hunting. They are good about avoiding people and simply going after chickens, for example. Most will attack during the early morning hours for this reason. However, if you aren’t around in the afternoon or during another time of the day, they will attack then too.

In many cases, foxes will scout the area before attacking. Sometimes, they will do this the day or so beforehand.

Usually, foxes will stay behind cover until they are certain that the coast is clear. Then, they will rush out and grab a chicken. After taking that chicken back to their den, they may return and get another. In this manner, they may kill as many as a dozen chickens in a day. They will eat what they need and bury the rest for a later meal.

Many foxes will catch as many chickens as they are able, especially if they find the catch easy.

Figuring out that it’s a fox attacking your chickens can be challenging. They may attack at any time, including the twilight hours or during midday. They will not attack if you are there. If your chickens suddenly start disappearing during the day, there is a decent chance that it is a fox.

When a fox attacks, they will take the whole chicken with them. Therefore, it may seem like the chicken just vanished. Usually, foxes are quite fast and don’t leave much evidence behind.

In many cases, you can figure out that it’s a fox attack by eliminating other possible suspects.

Do Foxes Hunt During the Day?

Despite common misconceptions, foxes do hunt during the day. In fact, they hunt quite a bit during this time.

That said, these animals are typically nocturnal. They are up and around the most at night, when they are most likely to attack your chickens. However, if they figure out that your chickens are an easy meal during the day, they might decide to attack during the day instead of sleeping.

Foxes may also attack in the early morning hours. In some cases, they will attack around twilight.

In other words, foxes will hunt at nearly any time of day. Therefore, you often can’t rule out a fox attack merely based on the timing.

Yes, foxes will often bite the heads of the birds as soon as they catch them, killing them quickly. Foxes have a natural tendency to store food. Therefore, they may kill far more chickens than they need at that moment and attempt to bury the extras.

Usually, a fox will grab one chicken, take it back to its den, and then return for more. However, if a fox gets in an enclosed area with many chickens, it may kill multiple ones at once.

In some cases, foxes have been known to wipe out whole coops.

Do Foxes Kill Chickens and Leave Them?

Foxes do not kill chickens just because they can. However, they may kill a large number of birds and leave them in the coop with the intention of storing some for later. If you come across dead chickens in your coop, it is possible that the fox just hasn’t returned to retrieve the bodies yet.

There is also the chance that something interrupted the fox’s gathering and scared it away. The fox may decide to leave dead chickens behind if it thinks returning for them is too risky.

However, no fox kills chickens intending to leave them there.

How Do You Stop Foxes From Attacking Chickens?

The best way to prevent fox attacks is to install a safety fence. You should maintain this fence regularly and watch for potential intruders. This fence may be the only thing stopping the fox from reaching your chickens.

You should also lock up your hens every night. Foxes can attack during the day, but they are most commonly seen at night. Therefore, taking away the opportunity for a fox to attack at night is essential. Of course, you should ensure that the coop is predator-proof. If the fox can get in the locked coop at night, your chickens are in trouble.

Lights can help scare foxes away, especially if they are motion-activated. Foxes aren’t big risk-takers, so they often run away easily (and may not ever return again). However, this isn’t a fool-proof method. Foxes can figure out that the light doesn’t mean them any harm and may decide to attack your chickens, anyway.

Foxes have a strong sense of smell. Therefore, dogs are often a strong deterrent, even if they aren’t guarding the chickens actively. Your dog doesn’t even need to see the fox. If the dog has wandered around outside, the fox will likely smell them and may decide that the risk isn’t worth it.

However, hunger can drive foxes to not care about the smell of a dog. Therefore, you can’t rely on your dog alone, unless they are actively guarding your chickens.

Other animals can also drive off foxes, like llamas.

What Animals Protect Chickens From Foxes?

Dogs are the most obvious animals to choose to protect your chickens. Many breeds of dogs were raised to guard livestock. If you choose one of these breeds, there often isn’t much training that you need to do. Instead, the dog may bond and guard the chickens independently.

However, there are other animals that may scare off foxes and other predators. For instance, llamas are good at driving off predators. In fact, they can be plain aggressive toward anything that they don’t like, including foxes. Therefore, a llama is often a good option when you need another animal to protect your chickens.

Foxes are among the most formidable predators that your chickens will face. For the most part, this is due to their clever nature. They can figure out things that other animals won’t, such as your schedule and when you aren’t around.  Motion-activated lights can keep other animals away, but foxes may figure out that they aren’t actually a threat.

Foxes usually hunt at night. They are considered nocturnal, so they sleep for much of the day. However, they can attack during broad daylight, especially if they discover that the chickens are easy picking during this time.

All it takes is for the fox to figure out that the chickens are out and roaming all day by themselves. They may decide to go get a snack instead of sleeping.