Do Possums Attack and Eat Cats? What You Need To Know! 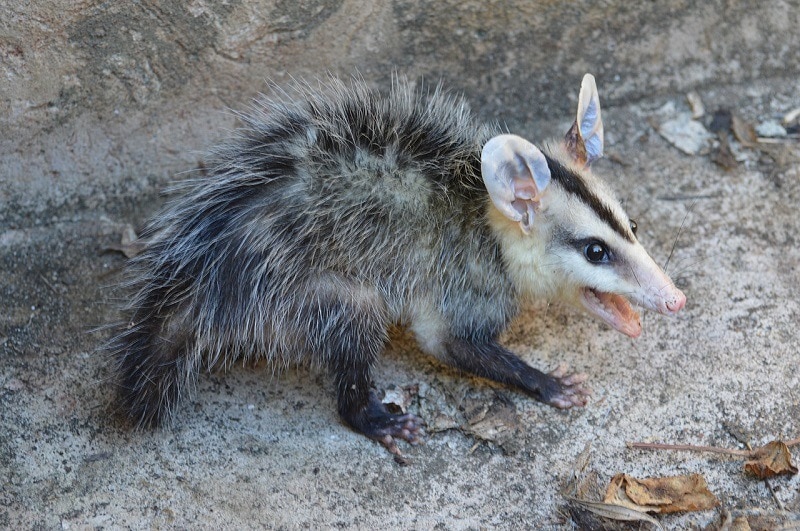 Possums are omnivorous wild animals, meaning that they can theoretically kill and eat any small household pet like cats and young dogs. Although that’s how most people perceive these creatures, the fact is that possums do not prey or eat cats; instead, the possum is more likely to feel threatened, run away, and be attacked by the cat.

The possum is the only marsupial found in North America and is among the most differently perceived and misunderstood wild animals by adults, kids, and other pet animals. Although possums are calm and gentle creatures, homeowners consider them unwanted pest animals and dirty scavengers.

What is Wrong with Possums?

Possums can still be harmful even if they can’t harm and kill a cat. They can attack and injure a cat, other animals, or even humans if they feel threatened as a way to protect themselves. Mostly, its line of defense when facing a threat includes growling, hissing, displaying its teeth, or even playing dead.

These creatures can also destroy a home’s structural esthetics, especially when they invade your home and build nests wherever they feel like it. Additionally, possums leave stinky droppings that cause foul odors to make homes unfavorable and destroy gardens by eating fruits, green plants, and nuts.

Why is it Good to Have a Possum Around?

Despite the negative perceptions, possums also have some redeeming qualities that show that having them around your home isn’t so bad after all. Possums feed on insects, mice, rats, snails, and snakes, making them great garden-pest removers.

They clean after the other animals by scavenging and eating out of the compost and garbage cans.

Although possums may not eat your kitty, they can kill it by infecting it with diseases. These creatures carry and spread diseases like toxoplasmosis through their urine, contaminated water, or soil.

Similarly, it can transmit the coccidiosis disease to your cat if it comes into contact with an infected possum’s feces, prompting diarrhea.

A possum can also infect your cat with leptospirosis, tuberculosis, relapsing fever, spotted fever, trichomoniasis, Chagas disease, or tularemia – a disease that attacks the respiratory tract and causes ulcers on a cat’s body.

Can You Humanely Euthanize a Possum?

The National Parks and Wildlife Act 1974 (NPW Act) protects all possums, making it illegal to capture and release or kill them without a license.

A possum can live up to 4 years, with the average lifespan being 1-2 years due to predators’ attacks. This could be a long time for farmers and homeowners that deal with the possum’s destructive behavior and could be prompted to kill the wild animals.

The best way and most humane way to put down a possum is by euthanizing it using carbon dioxide gas and shooting it with a fire weapon while it’s out. The advantage of this method is that it kills the animal instantly without subjecting it to torture.

Which Animal Would Kill a Cat and Eat It?

Although cats are hunters and predators by nature, they can also be preyed on by larger and stronger animals. These preying animals pause threats for cats, especially if they try to go outdoors.

Animals like coyotes, raccoons, mountain lions, and foxes typically hunt for small creatures like cats, especially if they are young, defenseless, or too weak to escape.

Meat-eating birds of prey such as red-tailed hawks, eagles, and owls are most likely to fly off with a cat, kill and eat it. Unfortunately, cats can also fall prey to aggressive household dogs that can capture, kill and eat a cat if given a chance.

Although a possum may not capture and eat your cat, it can attack and harm if it feels threatened or spread diseases to your kitty. Apart from that, these marsupials can also be a nuisance in a home. This is because they dig up and nibble on your garden’s produce, fruits, nuts, grapes, and berries.

However, possums may be beneficial to homeowners and farmers, after all, as they help maintain gardens by eating pests such as slugs, rats, mice, snails, and insects that could attack crops and destroy gardens.