Dog Heat Cycle: Everything You Need to Know! 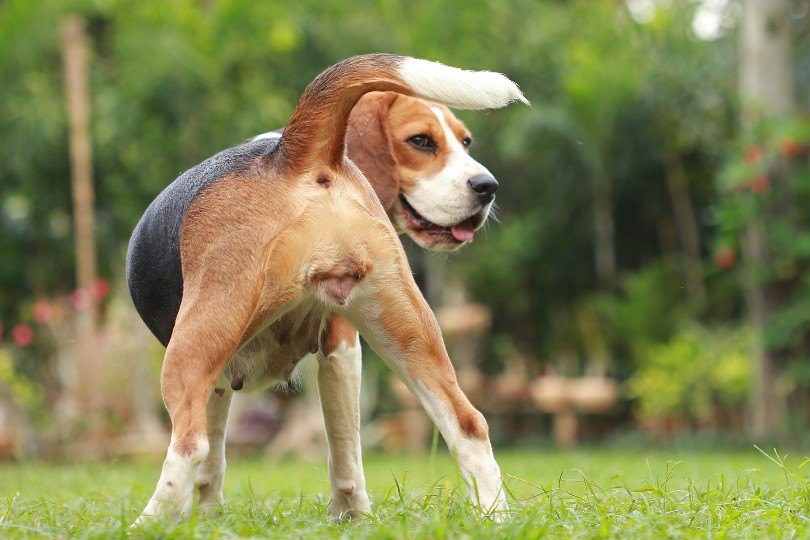 This article will help you understand everything you need to know about dog heat cycles. You’ll be able to plan around your dog’s cycle.

When Does a Female’s Heat Cycle Start?

However, this doesn’t necessarily mean that they should start breeding at this time. Most dogs are not full-grown at this point. Getting pregnant can stunt their growth and lead to unhealthy litter.

How Often Do Dogs Go in Heat?

Most dogs will go into heat at least twice a year. This can vary depending on the breed and the health of the female. If a female is unhealthy, she may not go into heat. Larger dogs may have more months in between heat cycles, while smaller dogs usually have smaller spaces. Small breeds may go into heat three times a year, while very large dogs may only go into heat once a year.

It is normal for cycles to be somewhat irregular, especially for young and older females. There is no specific time of year for most breeds. However, certain breeds do go into heat, specifically in the spring.

What are the Signs of Heat?

Determining whether or not your canine is in heat varies in difficulty. Usually, the first sign is swelling around the genitals. However, this is often not often noticeable. The first sign that most pet owners notice is an unusual discharge. This discharge is often bloody, though this isn’t always the case. Sometimes, the discharge doesn’t become apparent until a few days after the dog is in heat. In other words, it may not show up until after the dog is fertile. This may be a problem if you’re trying to prevent pregnancy.

Some dogs may not have much discharge at all. It mostly depends on the dog. This discharge may differ depending on where the dog is in their cycle.

The dog may also urinate more frequently, as they are attempting to spread their scent around. They may also mark inside the house. This is normal and instinctual, not necessarily a sign of poor training. Usually, the behavior will stop after the dog gets out of the heat. The urine contains pheromones, which will let males know that the females are fertile. At this point, males can smell the female from a great distance away.

How Long Does the Dog Stay in Heat?

Typically, the dog will stay in heat for 1½ to 2 weeks. This will vary from individual to individual. It may also not be regular. Some dogs may have a very short cycle and then have a very long one. Mating does not affect the cycle length.

When Can the Female Become Pregnant?

The female usually ovulates whenever their discharge becomes thin. This is the best time for the female to mate, as it has the highest chance of success. However, sperm can survive in the female’s uterus for up to a week. This means that they may become pregnant at any time in their cycle, technically.

The female does not have to stay tied to the male to get pregnant. Therefore, pulling the dogs apart doesn’t do anything but possibly cause injury.

Should a Female Have a Heat Cycle or Litter of Puppies Before Being Spayed?

There is some evidence that waiting until the dog is fully grown to spay them does help prevent some health problems. This is likely because spaying the dog affects their hormone levels, which can have an effect on their growth. However, you should be very careful for the dog not to become pregnant during these heat cycles. Getting pregnant can also be worse for their health, especially if they are too young.

There is no benefit to a dog having a litter of puppies before they are spayed. It does not have a strong effect on their personality and may actually have a negative effect on their health. For this reason, we do not recommend letting the female have a litter unless you are a dog breeder. There is a lot more that goes into breeding than simply putting two dogs together.