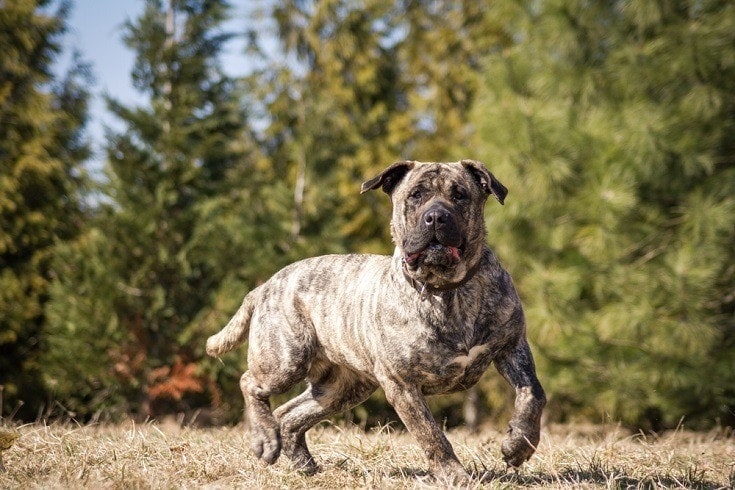 The Dogo Canario is an esteemed example among dogs. They are considered a large breed with a somewhat negative reputation that many believe that they don’t deserve. These pups have many names, including the Canary Mastiff, Presa Canario, Canary Dog, and Perro de Presa Canario.

Owning a Dogo Canario means taking on quite a bit of responsibility for them. There have been accounts of them harming children and adults. However, that doesn’t mean they aren’t good dogs. They just need proper socialization and plenty of training so you can have as much confidence in them as they do in themselves.

Dogo Canario — Before You Buy

The Dogo Canario might be an older breed, but they have not spread widely since their origin in the Canary Islands in the 15th century. They are more prevalent in Europe than in the U.S., but that doesn’t mean that you can’t find them.

In the U.S., the Dogo Canario costs around $1,500, depending on the breeder and their pedigree. Dogs of this variety are well-built and sleek. If you are trying to find a show dog quality pup, you can expect to spend well over $2,000.

In the U.K., these pups are not as challenging to come by. Their price point typically averages around £800.

Since these dogs can have such intimidating personalities, it is essential to look at their backgrounds. Be sure to check up on the tendencies of their parents, both health and character. Any breeder should be willing to give you this information.

To ensure that a breeder is of a high-quality standard and keeping their dogs safe, it is wise to ask them to walk around their property. Puppy mills are dangerous, especially when they involve the breeding of a relatively volatile dog type.

1.  These dogs are the national dog of the Canary Islands.

The Dogo Canario doesn’t have as extensive a recorded history as some other older breeds. This makes it difficult for us to pin down precisely what breeds they could be related to and from which they descended.

The accepted theory is that they date back to the late 15th or early 16th century. They are believed to have descended from Mastiff-like dogs brought to the Canary Islands by Spanish conquistadors. These could include the rare Iberian Presa, the believed-extinct Alanos, and a sheepdog, the Bardino Majorero.

Initially, the Dogo Canario was bred for and employed as a livestock guardian. They were set to guard against both large and small predators. Upon being “discovered,” so to speak, they began to be exported as fighting dogs. This point is where their history takes a rather gruesome turn.

Luckily, the fighting was outlawed in the 1940s. Unluckily for this breed, they were so good at it that they were still extensively used, albeit illegally, in the fight rings. Nowadays, breeders work on breeding out vicious tendencies. They are widely used as supreme guard dogs.

The Dogo Canario is not an enormous dog compared to some of the giant dog breeds. Their size doesn’t mean that they aren’t a force to be reckoned with, however. Their bite strength is a large part of why they were such skilled fighters and why they are guard dogs now.

They have a bite strength of 540 psi. This amount is extraordinary, considering that the Rottweiler is also known for having a significant bite strength, and they top out at 328 psi. Bite strength is the pressure exerted on a single square inch.

3.  Although a guard dog, these pups do not tend to be vocal.

Other examples of dogs frequently used for their guarding skills are the German Shepherd and Rottweilers. The German Shepherd is highly trainable. However, they tend to be quite vocal. If they feel the slightest hint of a threat, they like to let you and everyone else know.

Part of the reason that some people prefer to use the Dogo Canario is that they are not vocal. They rarely bark unless they are certain of something that poses a threat. Even then, depending on their training, they may decide to spring into action first.

Temperament & Intelligence of the Dogo Canario

The Dogo Canario has confidence running through each of the many muscle fibers running through their body. They have a strong will and need an owner who is not afraid of them but respects them.

Once leadership in the relationship is established, these pups can make well-adjusted companions. They need socialization at an early age to get along properly with other dogs and humans. These pups are not suitable for first-time dog owners.

With a healthy relationship, the Dogo Canario makes a relaxed yet ever-alert companion. They enjoy spending time with the people they define as part of their pack and fearlessly protect them. They are highly intelligent to boot, not just the brawns of any operation.

These dogs are not typically a good idea for families. They will exert their dominance if given the opportunity and thus don’t get along properly with children. The Dogo Canario should not be left unattended for long periods either, making them difficult to have around kids. Their volatility ultimately makes it a concern, even if they end up being a kind-natured pup.

The Dogo Canario needs a great deal of socialization to get along well with other pets. The dominance that they like to try to exert with humans is exemplified even more so with other dogs. Since they were used for hunting in the past, their prey drive is relatively high, and they can’t be completely trusted around cats and smaller animals.

Things to Know When Owning a Dogo Canario

The Dogo Canario needs a healthy amount of food to accompany their muscular build. They need around 3 cups of food each day. It should be high quality, with plenty of protein and carbohydrates that are easy to digest. Some Dogo Canario owners prefer to feed them a raw diet because they can control the amount and nutritional level in it.

Dogo Canario needs plenty of exercise. Getting enough can reduce their more aggressive tendencies. With such a strong jaw, you don’t want them chewing on things that can break.

These dogs appreciate doing things with a purpose because they tend to be serious-minded. They are considered a moderately active dog. Working with them on specialized tricks or work-based techniques is an excellent form of exercise.

If you prefer to take them on walks, aim for around 9 miles a week. Throughout the day, they should receive about 60 minutes of exercise. Carefully ensure their behavior before taking them to a dog park.

Training can be difficult with the Dogo Canario. First and foremost, you need to establish yourself as a leader. Don’t ever be physical when trying to correct something that they have done wrong. Do not be negative. They won’t respond well to this attitude.

When you are working on training them or even playing with them, it is essential not to use games in which they can challenge your authority. In a contest of dominance, they often win out. These would include games like tug of war.

A Dogo Canario’s coat is straightforward to maintain. They have beautiful, sleek fur that rests close to their skin with no undercoat. However, even though they don’t shed much, they are not hypoallergenic.

To limit the amount of hair that they lose around the home, they need to get brushed around once a week. Use a slicker brush or a bristle brush to remove their dead hair. It also helps keep their skin healthy.

Seasonally, they shed more, and it can help to bathe them. Take care to use shampoo appropriate for sensitive skin. Part of the training involves getting them accustomed to having their teeth brushed. It is good practice to do this at least once a week. Keep their nails clipped whenever necessary.

Their immune system tends to be just as robust as they are overall. Since they are a large-breed dog, though, they suffer from conditions typical of larger dogs. Take them to annual or biannual vet visits to ensure their continued health.

There are no recognizable differences between males and females in the breed. Males can grow slightly taller and heavier than females by up to 20 pounds.

The most significant consideration when adopting a Dogo Canario is their high training maintenance. With other breeds, training can be somewhat shirked without worrying about their attitude with other pups. With a Dogo Canario, this does not apply.

If you believe that you have plenty of time to give to these dogs, they can make wonderful companions. Either way, they are excellent guard dogs. Give them plenty of time and attention, and their companionship will be a lifelong reward.