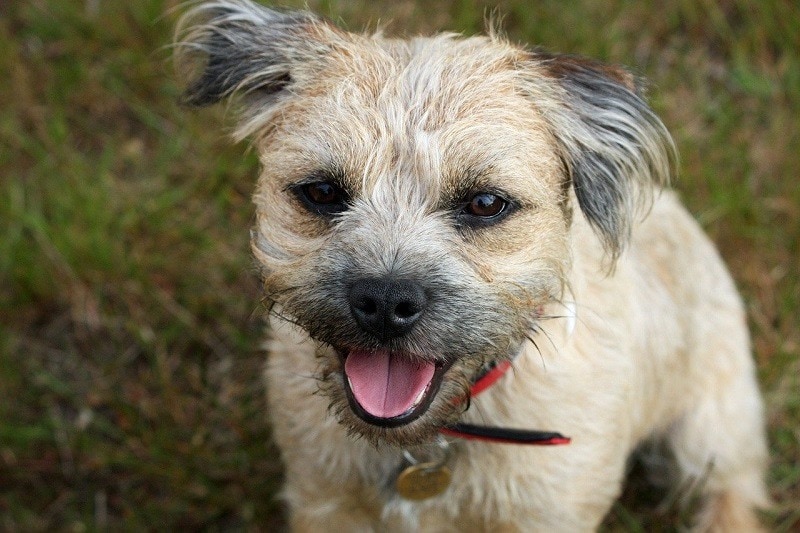 The Dorkie, also known as the Dorkie Terrier is the offspring of a Yorkshire Terrier and a Dachshund. She is a small cross or mixed breed with a life span of 10 to 13 years and she has talents in several fields including sighting, military work, herding and sighting. She is a gentle dog who while may have moments of energy in general likes to nap a lot!

Where does the Dorkie come from?

The Dorkie is a designer dog who most likely originates in the USA as many do, though in fact details about where she comes from and why she was bred are missing. Designer dog is a term coined in the last decade to refer to the deliberately bred mixed dogs that are so popular now. These dogs are first generation puppies so there can be a wide difference in looks and traits even amongst the same litter. The popularity of designer dogs amongst the public and the famous means it has attracted a lot of unwanted breeders who take no care of their animals and are just in it for the money. Be careful where you are buying from. Here is a look at the two parents to get a feel for her background.

This is a German bred dog and can be traced back to around the 1400s. His name means badger hound or badger dog and he was used to hunt prey like badger who went into the ground or dens, like foxes too. Packs of Dachshund together were even known to be used in Boar hunting, as back then their size really varied depending on what he was being used to hunt. It was not till the 1800s that he was more bred as a small companion dog. In 1885 they came to America but with World War I anti German sentiment led to people disassociating themselves from the breed and that happened again with World War II.

Thankfully it grew to be popular once more after the wars and today is a very popular family dog. It is lively and bold which can make it too rash sometimes. He is stubborn but he is also affectionate and loves to snuggle with his owners. There are three coat types and each tends to reflect a different personality. Long haired are more quiet and calm, wire haired are more mischievous and smooth haired are a mix of the two.

The Dorkie is an affectionate and loving dog, she loves to cuddle with you and snuggle on your lap. She also likes to burrow under her covers…or yours! She is smart and she can be playful but she is also quite a gentle dog. She can be quite entertaining with her goofiness and she is a very happy and cheerful companion. She is always wanting attention and can form very close attachments to one owner in particular. Some can be hyper at times and some are more chilled but she does like her naps with some sleeping up to 18 hours a day! She is a sensitive dog and she does not like being left alone for long periods of time.

This is a small dog weighing 7 to 12 pounds and standing up to 9 inches tall. She has a long but short body with short legs. Some though can be a bit taller. Her coat can be medium, long, smooth or fluffy. Common colors are tan, grey, black, white, golden and brown. Her ears can be erect or drooping.

How active does the Dorkie need to be?

The Dorkie is a slightly active dog and being such a small thing she is perfect for apartment living and gets some of her physical needs from her indoor play. Take her for a walk once or twice a day and let her have some time at a dog park where she can go off leash, play and socialize.

As a usually moderately easy dog to train she will not need a lot of extra effort as long as she has not inherited a lot of the Dachshund’s stubbornness. If she is more like that parent then training may be harder. Be positive and fair with her as she is sensitive and harsh techniques will set things back not forward. Give her praise, use treats and encourage her. Keep it consistent and be firm so she knows who is boss. Make sure you give her early obedience training and socialization so she can be the best dog she can be.

Living with a Dorkie

The Dorkie is low to moderate maintenance dog and will need brushing two to three times a week. Her coat may need professional trimming if it is a long one every 6 weeks or so. At the same time you could have her nails trimmed, as this is not something you should do yourself if you know nothing about dog nails. Only bathe her as she needs one, dogs when they are bathed too often can have dry skin problems because the natural oils in her skin have been damaged. Her teeth should be brushed two to three times a week and her ears should be checked for infection and wiped clean once a week.

This is a dog who is good with children though due to her size it may be an idea to supervise young children with her as they may hurt her. She is gentle and playful with them and also tends to get on well with other pets like cats. Sometimes though she can inherit the tendency of chasing small animals from the Dachshund. Sometimes the Dorkie is wary or afraid around very large dogs. Socialization helps all of her interactions.

Dorkies make good watchdogs as she will bark to alert you of an intruder. She barks occasionally and her bark can be short by quite high pitched. She can be a picky eater but when you find a food she will eat she should have two meals that splits ½ to 1 cup of a good quality dry food.

There are no specific health issues linked to the Dorkie but she can have problems inherited from her parents and they include IVDD, Back Problems, Epilepsy, Eye problems, Bloat, Cushings, Diabetes, Deafness, Patellar Luxation, PSS, Hypoglycemia, Collapsed Trachea and Reverse Sneezing.

Costs involved in owning a Dorkie

A Dorkie puppy can cost between $200 to $1000. Other initial costs include a crate, carrier, collar, leash, blood tests, deworming, shots, micro chipping, check up and spaying which come to around $360 to $410. Annual medical basics to pay for like flea prevention, vaccinations, pet insurance and check ups come to between $435 to $535. Annual non-medical basics like training, license, food, toys, treats and possible professional grooming if it is long haired come to between $330 to $630.

Looking for a Dorkie Puppy Name? Let select one from our list!

The Dorkie is a small little lap dog who makes a great companion to almost any home. She does not need super active owners but she is better with older children just because she is easily hurt. Make sure she gets the training and socialization she needs and give her lots of affection and she will be yours completely.