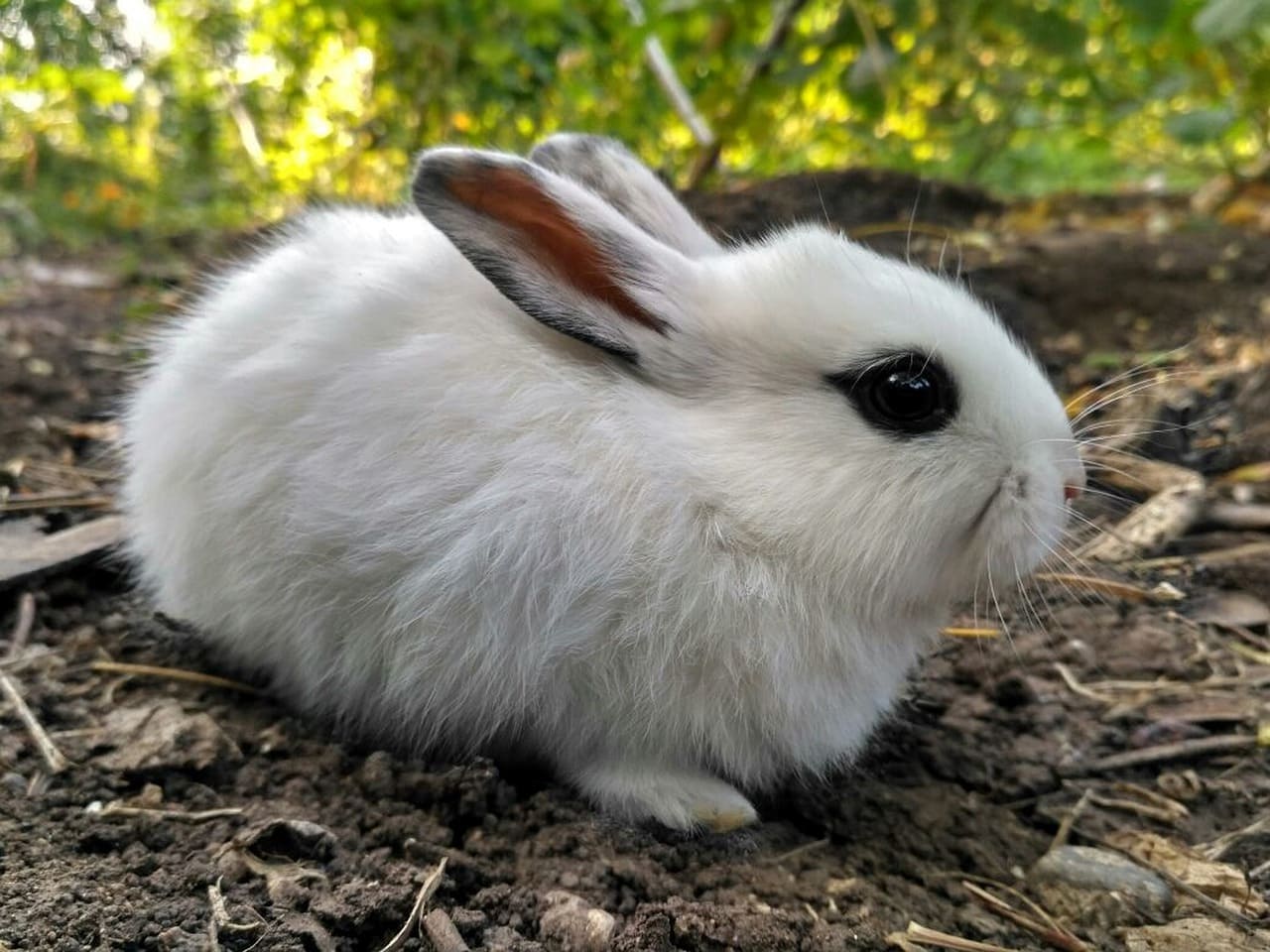 The Dwarf Hotot is truly unique amongst rabbit breeds available today, with no other breed possessing its signature all-white body with black “eyeliner”. Miniaturize and spunky, these distinct rabbits have survived to this day because of the dedicated efforts of enthusiastic breeders.

Coming to the United States by way of France and Germany, the Dwarf Hotot is the product of complex interbreeding… And has a wartime history filled with intrigue and espionage! Not many rabbit breeds can lay claim to that sort of origin story, that’s for sure.

In this article, we’ll be recounting the fascinating history of this one-of-a-kind breed, from its origins with the Blanc de Hotot in France. From there, you’ll receive helpful hints and tips for care and grooming. So, if you’re considering keeping a Dwarf Hotot as a pet, or just want to learn more about them, read on to find out more!

History and Origin of the Dwarf Hotot Rabbit Breed

From this French rabbit comes the story of the Dwarf Hotot…

While both breeders had limited success, they both found their eventual creations to fall short of what they had hoped for. In West Germany, the offspring of their breeding experiments were prone to being sickly and unable to reproduce; while in East Germany, the markings on their crossbred rabbits were inconsistent.

Somehow, these two breeders managed not just to communicate their findings across the Berlin Wall – but, undetected by German police, even trade rabbits from their litters! With the best of both East and West German Dwarf Hotots, the breed as we know it today came to be. Perhaps no other breed can lay claim to being the product of countercultural espionage!

Like the Blanc de Hotot, it is rare to see many Dwarf Hotots today. While dedicated enthusiasts have worked hard to keep the breed alive, they’ve never gained the popularity of other, similar breeds.

With their stout, compact, all-white bodies and prominent black eye-bands, Dwarf Hotots are easily distinguishable from other small rabbit breeds. Their proportionately small and round heads are topped by ears like the Netherland Dwarf from which they originated, but their flattened faces make them easy to differentiate.

Thanks to the hard work of the breeders that crossed their individual stocks, Dwarf Hotots enjoy a robust health even for a miniature rabbit. By providing them with abundant filtered water and timothy hay, they’ll happily take care of their own nutrition needs. Supplement this with daily kibble and dark, leafy greens to make sure all their nutritional bases are covered.

Though they’re small, make sure that Dwarf Hotots have plenty of room to move around, stretch, and exercise. Being a curious breed, they’ll take very kindly to being allowed to wander your home after being litter trained.

It’s absolutely true that smaller rabbits take less time to groom. Once-weekly brushings should take less than 10 minutes – though don’t be surprised if your Dwarf Hotot starts to request them more frequently because of how much they enjoy the attention! Of course, you’ll need to increase the frequency of your brushing during the spring, when they begin to shed.

Most rabbits that have come from complex interbreeding display a generally friendly and relaxed temperament, but the Dwarf Hotot is often much more vigorous! Their natural curiosity is well appreciated by their fans, making them a wonderful companion for single pet owners.

We have the hard work of dedicated breeders to thank for making this uniquely colored dwarf rabbit available to us today. Once you spend time around a Dwarf Hotot, you might become just as much of an enthusiast! Their charm is infectious, and they make excellent pets.