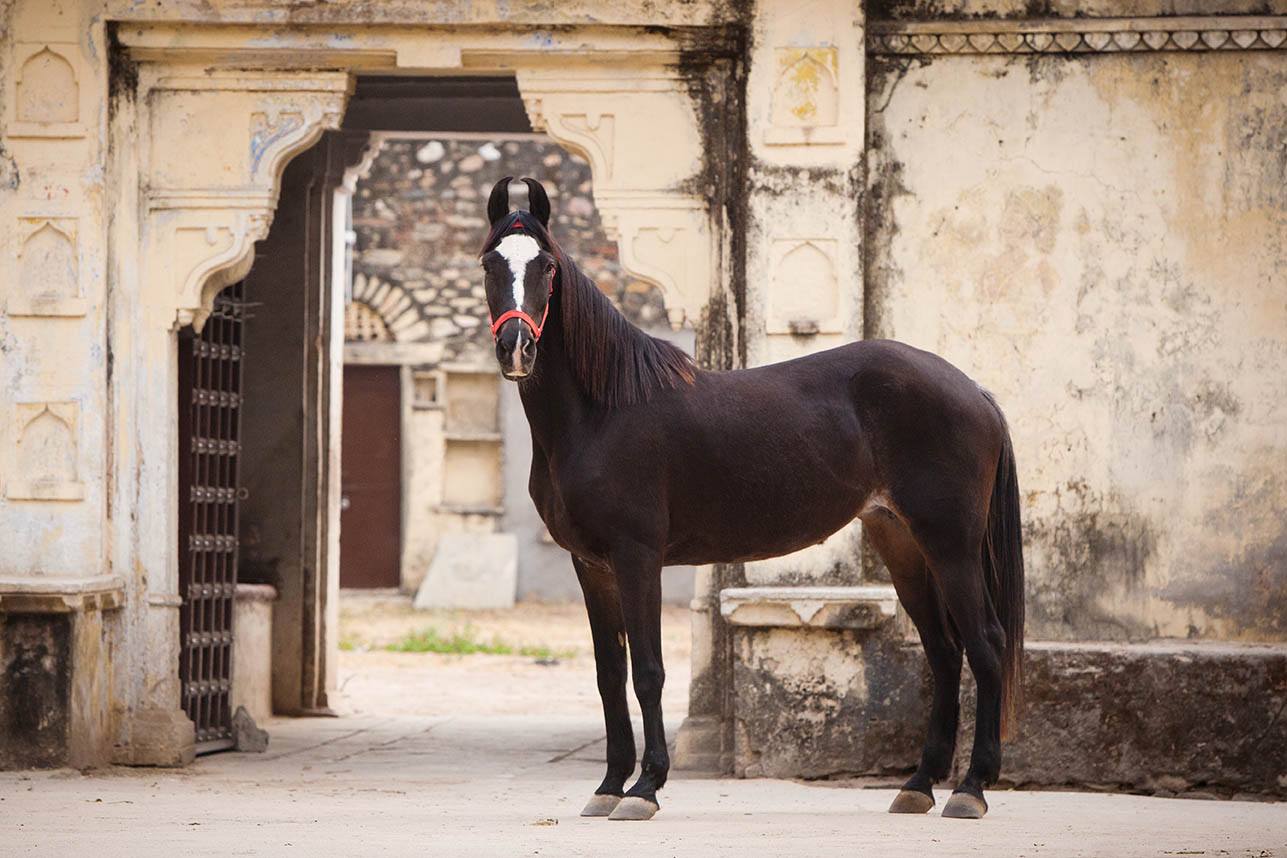 Humans have long enlisted the help of horses to aid us in traveling great distances that would be exceedingly difficult and time-consuming to travel on foot. Prior to the invention of cars, trains, and other more modern methods of transportation, horses were one of the best ways to get around; especially if you had to carry your belongings with you.

Today, in many first-world countries, most horses aren’t used for serious long-distance travel like they once were. But that doesn’t mean they’ve lost the ability. Some horses are still purpose-bred for their incredible endurance attributes. These horses compete in distance events such as the Tevis Cup, in which they must travel vast distances over many hours or several days. Of all the breeds that compete, the following 13 have shown outstanding endurance to earn a spot on this list.

This is a rare breed that comes from Turkmenistan. In their home country, these horses are considered a national treasure, though there are only about 7000 specimens remaining world-wide. This breed was created specifically for its speed and endurance and has been a major influence in many of today’s Russian horse breeds. Akhal-Teke horses sometimes beat Arabians in endurance competitions, but they don’t often get the chance to compete since there are so few Akhal-Teke left.

What do you get when you mix a breed known for its speed with a breed known for endurance? You get an Anglo-Arabian horse. This breed is a cross between an Arabian and a Thoroughbred, and they’ve become popular enough to warrant their own breed standards. To qualify, an Anglo-Arabian must be at least 12.5% Arabian. They’re generally taller than a standard Arabian and are usually chestnut, bay, or grey in color.

Arabian horses are widely regarded for their incredible beauty and majesty, but the most defining characteristic of the breed is their never-ending endurance. These horses were originally bred to make long rides through the Arabian desert and still be prepared for war after the ride. These horses are so dominant as endurance athletes that an Arabian or a cross has been the winner of the Tevis cup for the past 23 years straight.

There was once an ancient breed from the Cape region of Africa known as the Boer horse. The Boerperd from South Africa strongly resembles this ancient breed, though the Boer is considered to be extinct, having been killed off in the Boer Wars that spanned from 1880-1902. Compared to other endurance breeds, Boerperds are much calmer and more laidback. They can use five gaits, which they use without any interference.

Due to their incredibly low metabolisms, Criollo horses can compete in endurance events that last as long as a week without the need for supplemental feed. They’re often considered to be the second-best endurance breed globally, right behind Arabians. They’re native to Uruguay, Brazil, having been created by crossing feral Andalusian horses that had been shipped to South America with Thoroughbreds.

If you’ve never heard of a grade horse before, it’s because they’re not a true breed. Instead, a grade horse is any horse whose pedigree is not known. It’s essentially the horse version of a mutt. They could be a mix of practically any breeds. As such, they can often display incredible endurance characteristics. For example, in the 2018 Tevis Cup, a grade horse named Kassidy and the Bandit placed 44th with rider Kassidy Zulliger holding the reigns.

Marwari are rather rare horses outside of their home country of India. They come from the Jodhpur region, and have a unique appearance that makes them instantly recognizable due to their ear tips that turn inward. It’s believed that the Marwari breed was created by crossing Arabians with native ponies. They’re one of the oldest recognized breeds today, with strict breed standards having been in place since the 1100s. Unfortunately, this breed is rarely seen in action due to the restriction on exporting them from India.

Bred in the Ozark Mountains of Missouri, the Missouri Fox Trotter is named for its unique gait. There are about 100,000 specimens alive currently; almost all of which are located in the United States. Mostly used for their exceptional abilities at trail riding, these horses have great endurance thanks to the use of Arabian bloodlines in the breed’s creation.

Morgan horses were built to be versatile horses that had to work the farm all day and still pull a carriage in the evening; all while looking elegant and beautiful. That’s a lot of work, meaning that these horses required some serious endurance and stamina. In 2018, “Silver Valley Tate” got to show what the breed is capable of when it completed the Tevis Cup successfully, finishing in 58th place overall.

Mustangs can still be found running wild in the Western half of the US, with herds being managed by the Bureau of Land Management. When numbers get too high, many Mustangs are auctioned off to the public at incredible prices. Two such Mustangs that were purchased through BLM adoption placed in the top 10 of the 2018 Tevis Cup, cementing their place in the talk of best endurance horses. Mustangs must survive natural selection in the wild, meaning that the horses still around have some of the strongest genetics and natural abilities available.

Quarter Horses are known to be pretty quick, though they’re not often used in endurance competition. They’re rather stocky and perfect for trail riding, but in 2018, Shelley Kincaid proved that they can also be used for long-distance riding. She finished the Tevis Cup on a Quarter Horse named Leos Driftwood Baby. Because they reached the last stop outside of the required time limit, they didn’t technically complete the race, but they did make it to the final stop and proved that Quarter Horses are more than just trail or barrel horses.

You’d probably expect that this breed was created in the Rocky Mountains as the name suggests, but they were really produced in Kentucky, among the Appalachian Mountains. These horses are friendly and good-natured with a variety of available gaits. They’re known for their smooth ride, which makes them perfect for trail riding or working cattle, but they’ve also been shown to display outstanding stamina when competing in endurance events.

Compared to our own endurance abilities, most horses could be considered endurance breeds. But we’re more interested in how different breeds compare to each other, and the 13 breeds on this list display some of the most incredible endurance you can find in the equestrian world. Though not all of these breeds were built with endurance in mind, they all exhibit next-level stamina, helping cement their place as endurance horse breeds.