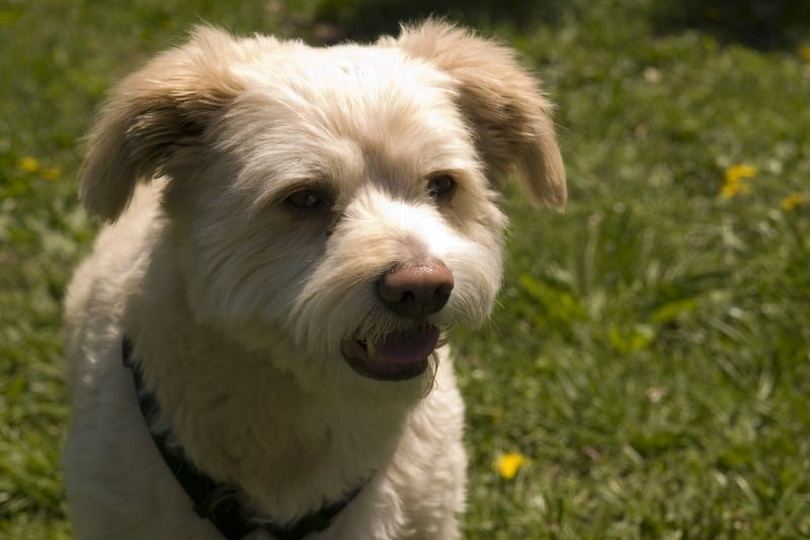 The Eskapoo is a cross between two purebreds, the Poodle and the American Eskimo Dog. He has a life expectancy of 10 to 12 years and is a small dog in the toy group of dogs. He has talents in agility and competitive obedience. He is a very friendly, happy, sunny little dog and live in an apartment as long as he still gets out each day for some exercise. Is his coat is more like a Poodle’s he may be hypoallergenic and low shedding too.

Where does the Eskapoo come from?

He was bred in the United states as part of the current trend in creating designer dogs or hybrids. Poodle crossing is common because the Poodle is smart and he has a low shedding, hypoallergenic coat. These dogs are not recognized by the Kennel Clubs. For most of these crosses little is known about who first deliberately made the cross and what the motivation was. Some are genuine about creating a dog with great mixed qualities, some are just running puppy mills. The best way then at the moment to get an understanding for the Eskapoo is to look at the descriptions and origins of the Poodle and the American Eskimo Dog.

As a dog who can be traced back to Ancient Egyptian and Roman times there is no doubt the Poodle has a lot of history. Most believe he comes from what is now Germany and when he came to France was developed into a more distinct breed. He was used for hunting waterfowl, duck, geese and so on. When the other sizes were bred in, the miniature was used in France to sniff out truffles and the toy sizes was a companion to the rich and noble.

Today he is very popular partly because even people with allergies can usually not be triggered by him. He is also very intelligent with a good memory and a love of making his owner happy. This makes him a breeze to train, though that long memory may get you into trouble should you try using harsh methods. To strangers and people unfamiliar with Poodles they seem aloof, cold even. This is not at all the truth though. When they have accepted someone they are loving, affectionate, playful, absolutely loyal and even sometimes clownish in their antics.

This dog comes from the Spitz family of dogs which are Nordic dogs. The American Eskimo Dog’s actual origins are not known in great detail however. We do know that Spitz like dogs were often found in German communities in America. These became known as the American Spitz dogs and was renamed the American Eskimo Dog in 1917 though again we do not know why the renaming. During the 19th century you could find these dogs in traveling circuses across America which helped make the breed popular. It was not until 1995 that he was recognized by the American Kennel Club.

Today he is not just a great dog to look at he also as a great spunky personality. He is smart, loves to play, and loves physical activity. He is wary of strangers but is affectionate and playful with his family. Because they need to be active, mentally and physically they can be destructive if they become bored. He has a strong will and owners need to know how to handle him and establish themselves as pack leader. He does learn quickly though and training is usually very quick. He does not do well being left alone for long periods and can suffer from separation anxiety.

The Eskapoo is a very happy cheerful dog. He is a very family geared dog which means he needs the company and does not do well left alone. He is loving and loyal, easy going, friendly and fun loving too. He is eager to please and intelligent making him easy to train and he gets on with everyone, from children up to seniors.

The Eskapoo is small but compact and sturdy in body with a deep chest and a round head, well set eyes that are sometimes blue in color, and floppy ears. He measures between 9 and 16 inches in height and 8 yo 20 pounds in weight. His muzzle is short and usually black in color. He usually has a coat like a Poodles, a double with a dense undercoat and a wavy to curly soft top coat. Colors include white, cream, black and brown.

How active does the Eskapoo need to be?

He does need a moderate amount of exercise but as his size is small that is not a lot still! A daily walk or if you like to jog he can come with you if it is not a long one. He can live in an apartment as long as he gets enough physical and mental exercise. Along with the walk have some play time too, take him to a dog park, play in the yard if you have one, and some play indoors too. Make sure the yard is properly fenced in.

He is a very clever dog and is eager to please so in most cases he does train quickly needing less repetition than many dogs. However keep in mind that from the American Eskimo Dog he may inherit a strong will which means sometimes the Eskapoo needs very firm but positive handling. Socialization and training early on are key to getting a dog that is more well rounded, more adaptable and more trustworthy. Since he has a tendency to be a barker, this will also help you modulate this and be able to stop it if he gets carries away. When training stay consistent and use rewards and praise to motivate and encourage. Since he loves his food, his favorite treats are a great option.

He will need to be brushed daily as debris and such can get caught up in his coat. He may require professional clipping from time to time, and along with that he could get his nails clipped there. Some people are not confident about cutting the nails of their dog because of the live blood vessels and nerves that the lower part has. Bathing is just a when necessary thing being sure to use a gentle dog shampoo. His ears will need cleaning once a week. Ask your vet about what kind of solution you should use. Make sure you do not insert anything into the ear, just wipe the bits you can see to help prevent infection. His teeth also need a clean, preferably daily.

Eskapoos are very good with all ages of kids and pets too and even other dogs. Of course socialization and training early really helps this. Make sure you teach the children how to touch and play with him in a safe way.

He can handle most weather climates though not extreme heat. He is alert and suspicious of strangers and therefore makes a good watchdog who will bark to alert you to an intruder’s presence. He should be fed a high quality dry dog food, measured out to ensure he does not become obese. He needs two meals a day and the total amount per day should be ½ to 1½ cups. He is a barker and training is key to controlling this.

Because these designer dogs are fairly new precise heath issues or long term issues are not as known at the moment. But since any puppy could inherit his parent’s health issues, or proneness to certain conditions watch out for Addison’s, bloat, Cushings, LCP, hip dysplasia, patellar luxation, skin problems and eye problems.

Costs involved in owning an Eskapoo

Prices are pretty wide at the moment ranging between $700 to $2000 per puppy. These prices depend on popularity of the hybrid, where you are, the kind of breeders that are selling and what else the seller is offering with the puppy. For example some will offer health clearance, blood tests already performed, training begun, deworming already done. Those are things you would have had to pay for yourself. If none of those things are done you can expect another $260 for medical actions and $100 for basics you need like a crate, collar and leash and carrier bag. Average annual medical expenses are $435 – $550 for pet insurance, vaccinations, annual check ups and so on. Average annual non medical expenses are $275 – $400 for things like food, license, training, toys and treats.

Looking for a Eskapoo Puppy Name? Let select one from our list!

This is a lovely looking dog who would make a lovely family dog or companion for a senior. He can live in an apartment or dwelling without a yard as long as he gets some exercise each day. Because he is a barker training would be key to control this, otherwise in an apartment block he may annoy the neighbors. He is such a friendly and sunny dog he will brighten each day. 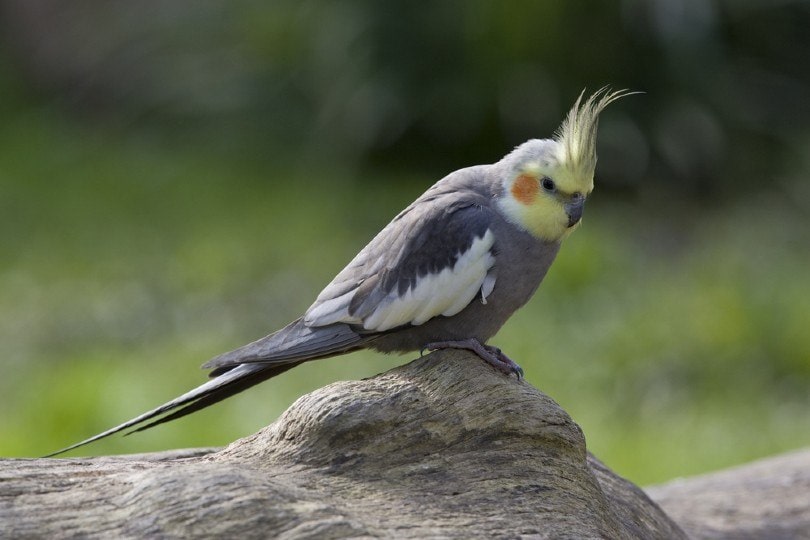 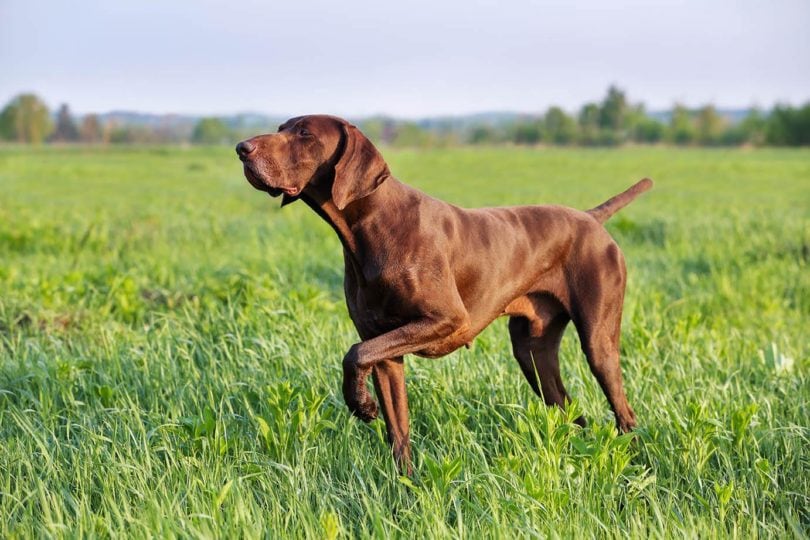