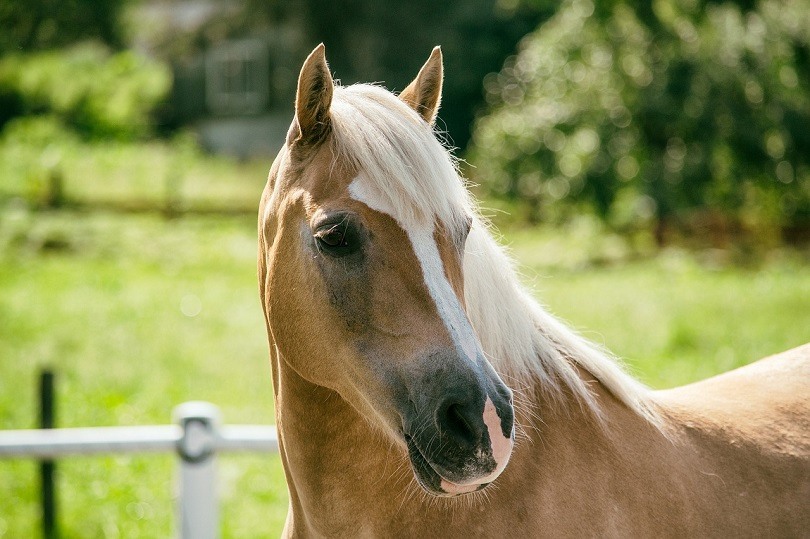 Europe is the home to some of the oldest, purist, and most successful horse breeds in the world. They are highly sought after by equestrians in a wide variety of disciplines. Europe has also produced some of the most adaptable breeds, as they can easily deal with cold and wet weather. Some of the smallest and tallest horses were also developed in Europe to meet specific needs and environments. The European Union, which today consists of 27 member states, has an estimated 5 million horses. Horses in the region were an important part of agriculture, industry, transport, and the military, and the horse industry of Europe is even more varied today.

It is no wonder, then, that European horses are revered around the planet and that there are over 100 unique breeds that originated in Europe. These breeds are far too extensive to list in one article, so we are focusing on 18 of the most popular and well-known breeds.

The Andalusian has been recognized as a separate breed since the 15th century and has changed little since then. The breed originated in Spain, and their export was highly restricted until the 1960s. The breed is one of the most recognizable due to their long, flowing mane and tail and elegant movements. They are a versatile breed that has been used for dressage, trail riding, driving, and pleasure riding, and they are one of the most popular European breeds in existence.

Developed in Southern Germany, the Bavarian Warmblood has been used in a variety of international horse competitions, including dressage, eventing, and showjumping. Like many warmblood breeds, they are a relatively new breed, developed with the hope of creating a superior sporting horse.

The Belgian Draft Horse has their roots in the Brabant breed, which had a large influence on the development of several other popular draft breeds. The Belgian Draft was developed for the climate and heavy soil of the Brabant region. Through selective breeding, breeders resisted the pressure to produce a lighter horse and successfully produced a powerful draft horse with adaptable versatility. They are still used as workhorses but have become popular show and pleasure-riding horses too.

These unique draft horses originated in the Black Forest in the Baden-Wurttemberg region of Germany, where they inherited their name. The breed is mainly used for driving but can be ridden too, and they are revered for their calm temperament. Unfortunately, the Black Forest Horse is endangered today, and German breeders are working hard to preserve the breed.

Developed in Brittany in the Northwest of France, the Breton is a hardworking draft horse. They were originally bred for their superior strength and endurance and are still used in agriculture work today. They have many uses due to the various sub-types of the breed and are ideal to have on small farms. They are also popular for meat production, as horse meat is still a popular dietary staple in many European countries.

The Clydesdale is a Scottish breed of draft horse, named for the area of their origin, the Clydesdale valley. They were originally bred for agricultural work and hauling coal, and today, they are still used widely for logging, driving, and agriculture. They have also become a popular horse for showing and pleasure riding and are a common choice for carriage services and parades due to their characteristic white, feathery feet.

Originating in the Connemara region of Ireland, the Connemara Pony is known for their easygoing disposition, athletic ability, and versatility. They are widely used as sports horses, are experts in showjumping, dressage, and eventing, and have plenty of stamina for endurance riding. The breed is popular all over the world, with Connemara Pony shows held all over Europe, South Africa, the United States, and Australia.

Developed in the Netherlands in the 1960s, the Dutch Warmblood is one of the most successful competition horses developed in Europe. Dutch Warmbloods have been ranked number one in showjumping and dressage and have even won Olympic medals for their exploits. In the United States, they are also a popular choice for hunters. Another of the breed’s claims to fame was their use in the movie, “The Lord of the Rings.”

Originating in Friesland in the Netherlands, Friesians were in great demand as war horses during the Middle Ages. They resemble a draft horse in their conformation but are light, nimble, and graceful for their size, and as such, they have been used in a variety of ways. They have been widely used in dressage, carriage events, and competitive driving. The breed has nearly become extinct on more than one occasion but has steadily grown in popularity, and today, an estimated 7% of horses in the Netherlands are Friesians.

The Haflinger horse was developed in Austria and Italy during the 19th century and has ancestry dating back to the Middle Ages. They have been used in light draft applications, dressage and endurance riding, and even equestrian vaulting. The breed was widely used in World War I, resulting in a large interruption in breeding programs and the near loss of the breed.

A warmblood horse originating in Germany, the Hanoverian horse is one of the oldest, most successful, and numerous warmblood breeds. This is evidenced by their success in riding competitions, where they’ve won numerous Olympic gold medals. The breed is also renowned for their even temperament, athletic ability, and grace. They are experts in many equestrian fields, including dressage, showjumping, hunting, and eventing.

As the name suggests, the Icelandic Horse was developed in Iceland, and they are long-lived, hardy, and versatile animals. They are a healthy breed with little to no disease, as Icelandic law prevents the importation of horses. If horses are exported, they are not allowed to return. They are mostly used for competition and leisure riding, although some are still bred and used for meat too.

A Danish breed of horse with a unique and unusual range of coat colors and patterns, the Knabstrupper is an instantly recognizable breed. They have coats that range from solid to leopard spots and almost every variation in between and come in a wide variety of colors too, although they are typically bay or chestnut if solid in color. They excel in dressage and showjumping, as well as general leisure riding and carriage pulling.

The Konik horse hails from Poland and still lives a semi-feral life in some regions. They are strong, stocky, and hardy animals. They are bred primarily for draft work, but their calm and friendly disposition makes them great for children and an excellent leisure riding horse in general. They are now being used in Poland to help restore wetland ecosystems.

The Lipizzaner is an ancient breed that dates back to the 16th century. The breed gets their name from where they were first developed: Lipizza, a small village in Slovenia. The Lipizzaner is commonly used in classical dressage, which evolved from cavalry training for battle and developed into the modern form. The Spanish Riding School exclusively uses Lipizzaner stallions to teach training and classical dressage methods. They are also used as carriage horses and general pleasure-riding horses.

Originating in the Maremma area of Tuscany, where the breed gets their name, the Maremmano horse is a hardy animal that was primarily used for cattle management. Nowadays, they are commonly used for draft work and cavalry and are a staple breed of the Italian Mounted Police. They are calm and highly trainable animals, making them ideal all-around riding horses.

A warmblood horse originating in Germany, the Oldenburg was developed primarily as a workhorse. They are renowned for their strength, power, and versatility, making them popular for a variety of equestrian sports, including dressage and showjumping, as well as general pleasure riding and even hunting. They are highly agile and swift animals, and they have been widely used in racing and ranch work.

One of the oldest riding breeds in the world, the Trakehner originated in East Prussia and was developed from Schwaike horses. They were developed with the idea of creating a light and fast cavalry mount that was still tough and powerful enough to withstand the harsh conditions of war. Today, they are commonly found competing in almost all equestrian disciplines, including dressage, where their sensitivity and intelligence make them particularly sought after.