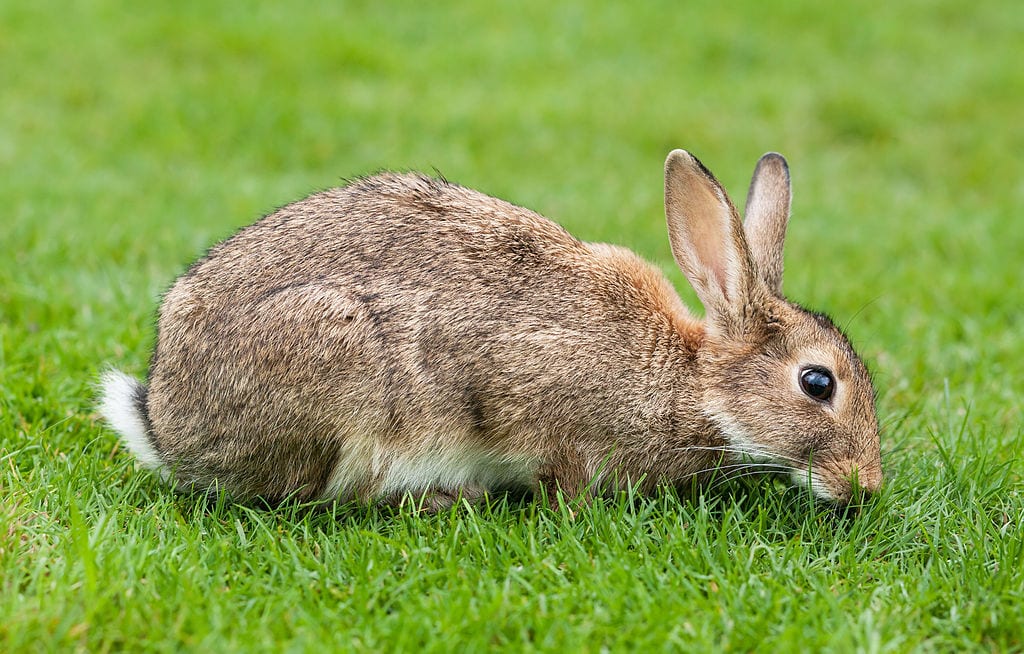 Oryctolagus cuniculus is the breed that started it all: As the common ancestor of almost every domesticated rabbit available today, its genes have shaped the history and development of rabbitry the whole world over. Even those few rabbit breeds which came from Asia have now been crossbred with European rabbits, making it the most prolific breed of rabbit in the history of the world!

These highly adaptable animals have found their way to every continent besides Antarctica and Asia, and even to Australia— where their exploding population numbers have wreaked havoc on local crops.

If you’ve ever wondered about where your pet rabbit comes from, look no further than this guide to the European rabbit! In it, we’ll discuss the likely origins of this globetrotting hare, as well as their behaviors in the wild. Let’s get started learning about this most fascinating ancestor of today’s domestic rabbit!

History and Origin of the European Rabbit

As a native of Southwest Europe, the first rabbits of Oryctolagus cuniculus may have also been native to Northern Africa. Portugal and Spain lay claim to the largest populations in the era of exploration in the early 1600s, making those countries the likely place of origin for the ancestors to all of the United States’ rabbit breeds.

Contrary to popular opinion, rabbits are not rodents, but members of a family called lagomorphs. Primarily adapted for life on land, most breeds of rabbit will avoid swimming and climbing in favor of running. This made them an ideal animal to keep both as a pet and a source of meat and fur, leading to their widespread breeding and cultivation across the European continent.

Now, some 400 years on from the first recorded observations of rabbits being domesticated, the European Rabbit has become the poster child for all rabbit breeds. Its ease of care, quick maturation, and abundant fur production have forever placed it in the good graces of human caretakers across the world.

Most often weighing in at between 5 and 7 pounds, European Rabbits are lithe and designed for speedy movement to out-maneuver predators. This behavior is exaggerated by their usual sleep/wake cycle: European rabbits, as well as rabbits in general, are most active around dawn and dusk, when predators’ vision is less acute.

The wild European rabbit chooses to live in burrows to further prevent access to predators. Bunking up with between 2 and a dozen other rabbits, they will aggressively maintain their territory. For most European rabbits, their entire life will be lived within less than 200 feet of their burrows. 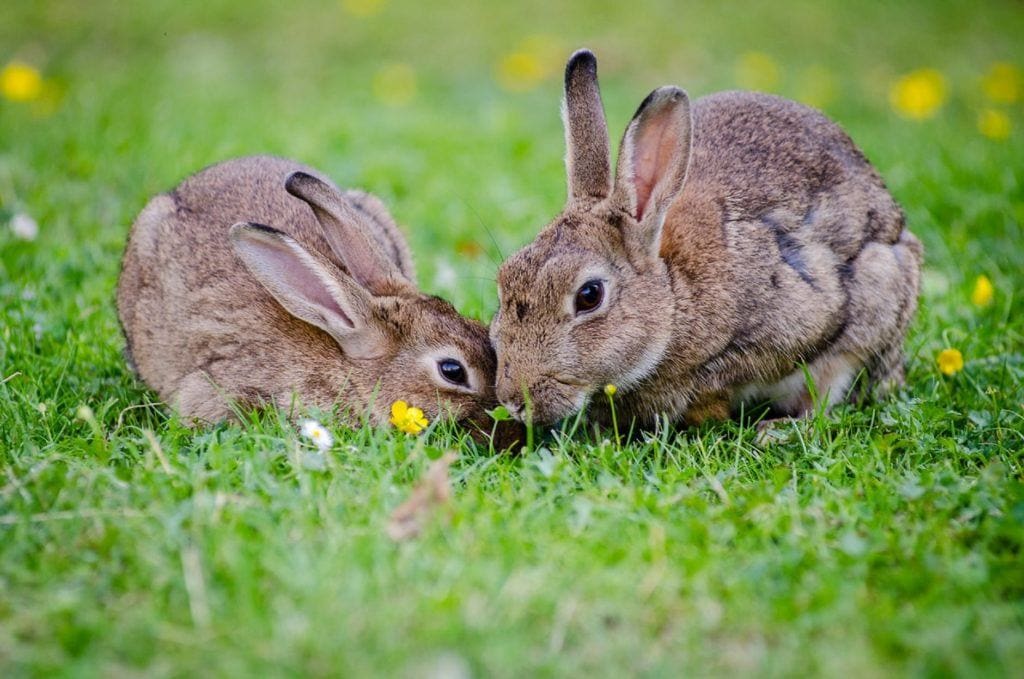 While domesticated rabbits are now available in an extremely wide variety of coat colors, the wild European rabbit tends to stay with earth tones to make it less visible to predators. This includes a whole range of browns, sometimes decorated with white for better protection in the winter snow.

A large part of the European rabbit’s success as the forefather to domesticated breeds is its incredibly fast rate of reproduction. Reaching sexual maturity in as little as 3 months, European rabbits have a gestation period of only 30 days from conception to birth.

Generally preferring to live in low-growth grasslands, rabbits will always seek out shelter in the form of hillsides and burrows. Dedicated plains animals, they will not make nests or burrows inside of forests.

The predictable diet enjoyed by domesticated rabbits is definitely a product of their European rabbit ancestry. Living mainly in grasslands and plains, European rabbits love to eat young grasses, shoots, vegetables, leaves, and grains. When food is scarce in the winter, some of these rabbits will also eat tree barks.

All of the adaptations we’ve covered so far are in response to one simple fact of life for European rabbits: They are preyed on by a wide variety of animals in the wild. Whether hunted by a fox, dog, cat, badger, ferret, or any of the many varieties of birds of prey, rabbits are perhaps the most prolific prey animal in the world.

Final Thoughts on the European Rabbit

Rabbit lovers across the globe have much to thank the European rabbit breed for: As the ancestor of all our domesticated breeds, its resilience, wit, and adaptability have made it a constant success wherever it lives. By studying the life of these incredible wild animals, we can gain so much insight into the lives of our own pets.

For a complete history of this and other breeds, please see Bob D. Whitman’s Domestic Rabbits and Their Histories, which we used as a source for much of the information in this article.