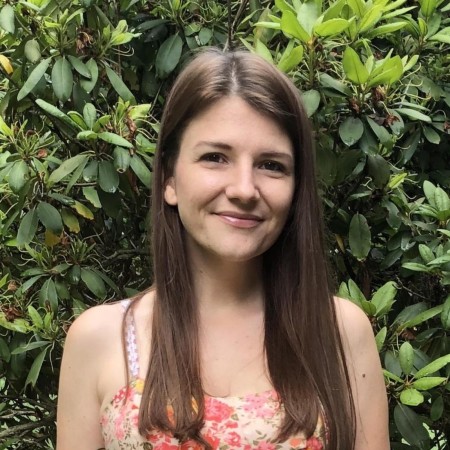 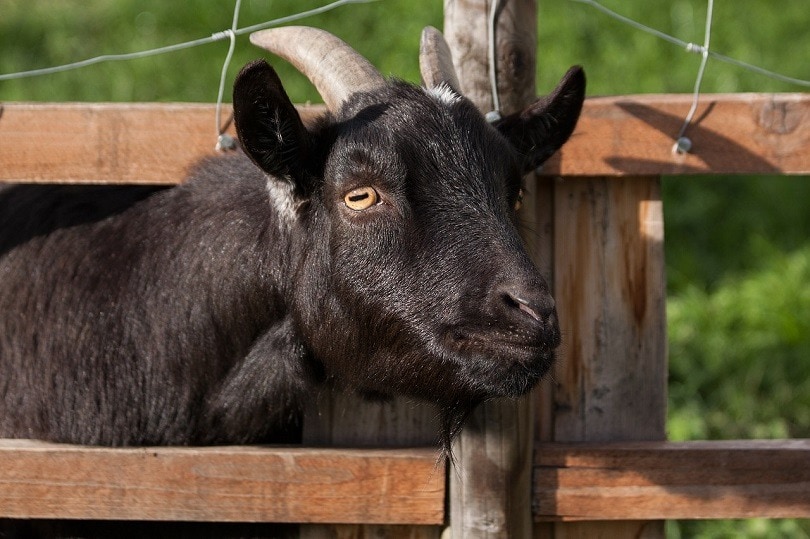 You’re sure to have stumbled across some hilarious videos around social media with goats—well—fainting! It might have piqued your interest, but what causes this phenomenon? It’s a genetic condition that is called myotonia. Whether you’re already a goat owner or a first-timer, you might want the skinny on just what this means overall.

The good news is, there is really nothing that is any different about caring for a goat with myotonia. They are just as healthy, free-spirited, and playful as their goat cousins. So, let’s discover everything you can expect when you house these happy little cuties.

Tennessee fainting goats have come quite a long way since their humble beginning. Fainting goats were brought to Tennessee in the 1800s and were originally meat goats in America. However, the market for this type of meat has dropped significantly.

People who worked with these goats were well-aware of their myotonia, but they didn’t have a scientific explanation quite yet. The gene in their DNA which causes the disorder wasn’t fully understood until 1996.

Myotonia is an inherited condition that is painless, harmless, and second-nature to these goats. However, certain diseases are more likely to occur in myotonic goats. This condition can also display in rats and humans.

Apart from their health, they are widely adored by goat owners everywhere. These sweethearts steal hearts with their adorable actions and abnormal condition.

How Much Do Fainting Goats Cost?

The cost of fainting goats depends on a few factors, but there are some averages. You can purchase goats from licensed breeders, farms, and folks looking to rehome these cuties.

Pedigrees are essentially records that prove the breed of an animal through ancestry. You can rest easy knowing that your goat is what kind the breeder claims that they are.

A goat without a pedigree is no less desirable. In fact, if you’re going to have these goats on a farm without breeding or showing, it would be the less expensive route to owning a fainting goat.

A fainting goat without a pedigree typically costs between $100 and $300.

If you get a fainting goat or two from a local person trying to rehome these cuties, you might strike gold. Many people give away fainting goats for free or have small fees to cover care expenses.

Owners tend to adore the personalities of fainting goats. These little creatures tend to be very loving and nature, affectionate with their owners. They can get into mischief sometimes but aren’t as notably stubborn as other breeds.

Because they are so easy to handle, they make fantastic playmates for children. It would also be effortless for a child to do projects such as 4H and other farm-related extracurricular activities.

Most people would describe the fainting goat as highly amusing, entertaining, and charismatic. They tend to get along very well with other farm life.

So you’re probably most intrigued by the concept of myotonia. Sometimes, when these goats are bound up and fall, it can look quite painful and concerning. However, it is essential to note that myotonia only affects muscles and nothing else. There’s nothing wrong with their brain, oxygen intake, or neurological system.

Myotonia is simply a genetic stress response to a startling situation. In no way will this affect the health of our livelihood of your goat friends. You will soon get used to their little quirk.

The adorable fainting goat can range quite a bit in color and size. It isn’t unusual to see a fainting goat that weighs 50 pounds as an adult, but it’s just as normal to see one at 120 pounds.

Much like their weight, their coats can come in many colors.

Some of the most common colors in fainting goats are:

Fainting goats can also have horns. A buck might have horns that twist outwardly.

How to Take Care of Fainting Goats

There might be a lot to learn when you first own your fainting goats. However, the overall acclimation process will vary depending on your familiarity with raising farm life. Fainting goats won’t be a suitable pet choice for a lot of people. Many don’t have the land, space, time, or resources available to take care of them.

Also, this isn’t a pot-bellied pig situation where you can keep them as housepets. They belong outside with the proper reinforcements, nutritional care, and medical attention.

Because of the livelihood and energetic nature of fainting goats, they will need plenty of space to kick their legs. Having a goat locked in a small enclosure is not healthy for your animals because they cannot get the exercise they need.

It’s a general rule of thumb to have at least 30 square feet per goat.

You have probably heard the stories about how goats can jump and climb. Some are master escape artists. Also, you’ll want a predator-proof fence to keep threats out. You must opt for at least 4-inch spacing in your fencing to keep them in and unwanted guests out.

Fainting goats benefit most from absorbent dry bedding. There are several choices, and you can choose the type you like most. Typically pine shavings, sawdust, and straw are the most common selections.

You don’t need to have anything fancy in terms of shelter. However, you will need to ensure that your goat is protected from any inclement weather, high winds, and extreme temperatures.

Make sure that the shelter you select is large enough to cover all of your goats.

You should never purchase a singular goat. Always make sure to have a pair or small group. These animals are highly social and require like-species attention and interaction.

Fainting goats need regular vet care to keep them in top-notch shape. You will need to have annual exams to check for any abnormalities. Goats also require routine vaccinations to protect them from diseases.

Goats need to have their hooves trimmed every 6 weeks.

Do Fainting Goats Get Along with Other Pets?

If your fainting goat has been socialized with other animals from a very early age, they will be accepting of them. Fainting goats have a natural curiosity about other creatures around them.

It wouldn’t be an unusual circumstance to see a fainting goat befriending a totally different species. For instance, they might get excited when they see the family dog. For this reason, they make superb choices for farms that have multiple types of animals.

What to Feed Your Fainting Goats

Roughly 90% of a fainting goat’s daily diet should be hay like alfalfa and clover. They also benefit from grazing so that they can eat fibrous, fresh grasses, and shrubs.

You should also provide your goats with a few salt licks or mineral blocks. Always make sure your goats have a fresh water source available to them at all times.

Your goat will require special maintenance and proper living conditions to stay healthy. Regular vet checkups are so important to keep up with. That way, you can stay ahead of any developing or potential health issues as they come.

Johne’s disease is a condition seen more often in myotonic goats. It’s a gastrointestinal disease caused by paratuberculosis bacteria. It’s contagious, so getting the infection under control at an early stage is crucial for the herd.

You would have to separate the sick goat or goats as soon as possible to prevent further transmission, as the disease is fatal.

Fainting goats reach sexual maturity at about 4-5 months old. However, the recommendation is to wait until they are between 6-9 months to breed. The reason behind it is that the female needs time for her reproductive system and overall structure to develop soundly before trying—avoiding any complications during birth.

You can breed your nanny twice per year, but that doesn’t mean it is healthy to breed too close together. Her body needs time to recover fully.

Are Fainting Goats Suitable For You?

Fainting goats can make fantastic pals for several situations. But that doesn’t mean that owning these creatures will be for everyone. You have to make sure you have all of the necessary requirements checked off your list before you make a purchase.

Goat owning takes careful planning—and even construction if you don’t have an existing shelter or fence. Ensure that you do all of your homework and prep accordingly before you welcome a few fainting goats to your barnyard.