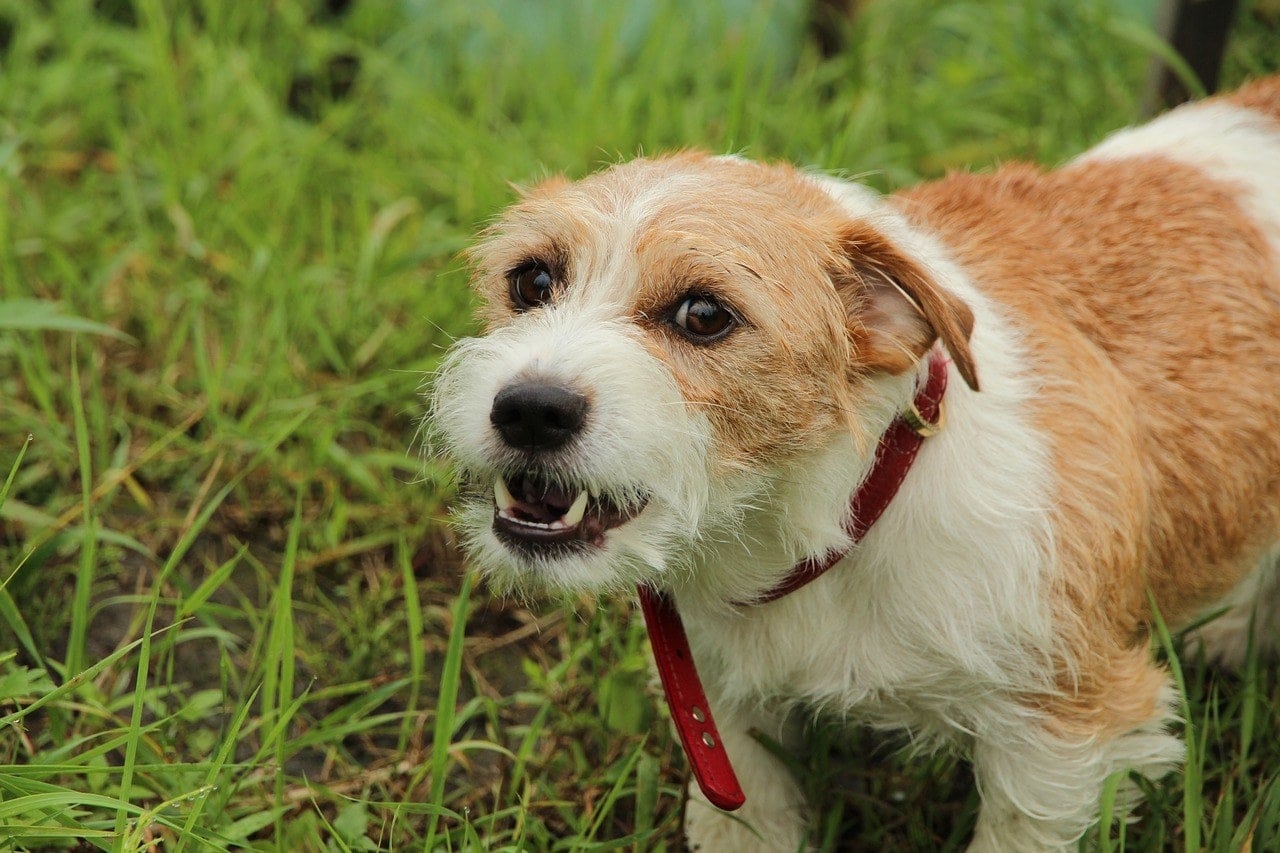 Aggression is one of the most commonly cited reasons that a person gives up their dog. When your dog is acting aggressive, it can be downright scary, not to mention dangerous. The last thing you want is to be attacked by your dog. But often, the aggression your dog is displaying is due to some underlying cause that you just don’t understand. More often than not, that underlying cause is simply fear. Your dog is acting aggressively because it’s afraid, which is a very understandable reaction.

But how can you know when your dog is acting aggressively out of fear and not for some other reason? And once you know you’re dealing with fear aggression, how can you prevent it, and what are the triggers? We’re about to cover all these topics and more so that you’re fully prepared to handle it if you think your dog is acting out of fear aggression.

What Is Fear Aggression in Dogs?

Fear aggression, also called anxiety-related aggression, is one of the most common types of aggression in dogs, which means that if your dog is being aggressive, there’s a good chance that it’s fear-based aggression. This type of aggression could result in defensive or offensive mannerisms and body language, which can make it a bit confusing to deal with.

Fear-based aggression happens because your dog is afraid of something. It could be afraid of something new or something that’s been bothering it for some time. Essentially, something is activating your dog’s fight or flight response, which is causing it to get into fight mode. It probably would flee instead, but if that’s not an option, the next best thing is to fight, which your dog is trying to display that it’s willing to do.

Since this type of aggression is caused by fear, it’s most common in places where dogs have unpleasant experiences. For example, fear aggression is pretty prevalent in dogs that are visiting the vet or being approached by a stranger. You’ll also often see dogs become very aggressive when cornered, which is definitely a form of fear aggression.

It’s important to understand that fear aggression doesn’t mean the dog is bad or there’s anything wrong with it. In fact, it might be a great dog that’s usually well behaved but is simply feeling very scared of something at the moment, which is causing it to act out of aggression in the hopes that it will keep away whatever it’s scared of.

Triggers and Causes of Fear Aggression in Dogs

Being Trapped or Cornered

If your dog feels trapped or cornered, it begins to feel like aggression is the only option. It can no longer escape, so attacking is the next course of action. Caged dogs will often become aggressive when someone approaches because they have nowhere to run. It’s the same for dogs backed into a corner.

After having a bad experience somewhere, a dog is likely to associate a negative feeling with that place. Upon returning, the dog remembers the feeling it had before, which causes it to react from fear of experiencing the same negative feeling again. This is why many dogs act aggressively at the vet’s office.

Even people get startled when something loud and unexpected jolts us or something moves quickly in our peripheral vision. Your dog is the same way, only worse. Those fast, sudden movements and loud sounds can really send your dog into a panic, and sometimes, the only way it knows how to react is to be aggressive in hopes of keeping itself safe from whatever made the offending noise or movement.

Signs That a Dog Is Acting Out of Fear Aggression

When a dog is acting aggressively out of fear, it will display several cues that can clue you into how it’s feeling. First, the dog will usually try to get away. Flight is generally preferred to fight. But if the dog can’t escape, it might begin making defensive movements or acting submissively. It may tuck its tail between its legs or lower its eyes, even crouching down to make itself appear smaller. You might notice it trembling or shaking while avoiding eye contact.

If the first signs are ignored, the dog might move into more serious signs. It might begin barking loudly, growling, showing its teeth, snapping its jaws together. You could see the hackles rise up and the dog may snarl. If you see these signs, you should just back away as the dog is trying to communicate that it’s ready to attack out of fear. The next step will be a bite, which you don’t want to experience.

How To Prevent or Cure Fear Aggression

If your dog is acting out of fear aggression, then you’ll need to be careful not to make things worse accidentally. You need to calm your dog down and show it that it’s safe by doing the following:

Fear aggression is just one of many forms that aggression can take, but it’s the most common type of aggression that dogs display. Remember, your dog is only acting out of fear. It’s not a bad dog, and if you follow the tips we’ve just covered, you should be able to help your dog feel more comfortable and put an end to its fear aggression.

Looking for other types of dog aggression? Try: