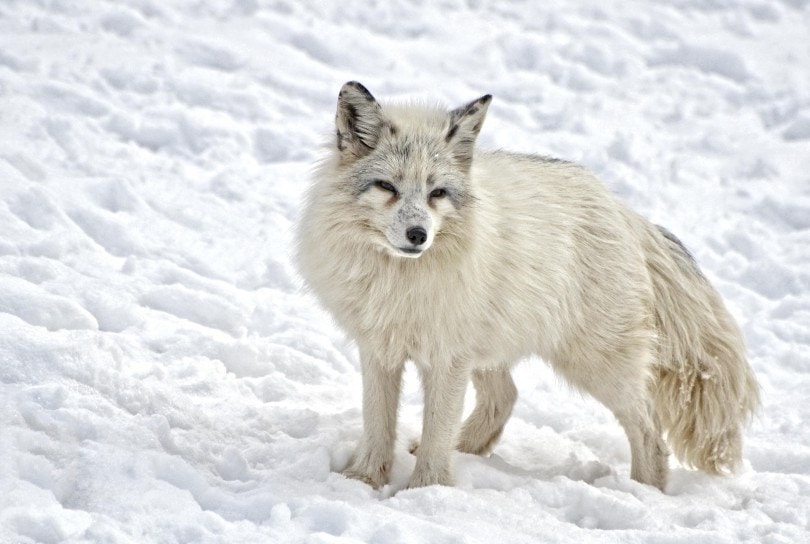 Red foxes are one of the most successful predators on the planet today; spread across most regions of the world and thriving in a wide range of environments. This includes North America, where foxes are flourishing. Foxes are found across most of the continent, with multiple species making appearances. Of course, the red fox is most common, but they’re far from the only fox species calling North America home.

Across North America, there are four distinct species of fox that you’ll find in the wild.

Red foxes are the most prevalent of all foxes. In North America, they’ve spread across most of the continent. The only places in North America where you won’t find red foxes are in the northernmost areas where you’ll only find arctic foxes.

Red foxes are found in every state of the US, except for Florida. They live for 5 years on average and can run at 30 mph for several miles.

In North America, there are two types of red foxes; the native red fox species and European red foxes that were introduced artificially. Today, the European red fox is considered an invasive species in the US.

Gray foxes inhabit approximately the same range as red foxes in North America. They also share similar mating habits, though Gray Foxes are less promiscuous than their red cousins. Compared to red foxes, grays are much better fighters and can take on a single dog that would most likely kill a red fox.

Gray foxes avoid the coldest areas and prefer highly wooded areas. They’re also known for climbing trees to take naps, which has earned them the nickname of tree foxes.

Naturally, arctic foxes thrive in arctic climates with cold temperatures and plenty of snow. They’re the heaviest foxes in North America, with an average weight of 15 pounds. Unlike other foxes on the continent, arctic foxes will change colors throughout the year to match their surroundings.

Arctic foxes are the only foxes to inhabit the northernmost reaches of North America where it’s too cold and harsh for other foxes to survive.

While arctic foxes are the largest fox species in North America, kit foxes are at the opposite end of the spectrum; the smallest North American fox species. They generally weigh just 4 to 6 pounds and stand about a foot tall at the shoulder and are known for being swift and agile.

While most fox cubs leave their parents within a few months of being born, kit foxes stay with their parents for an entire year. They’re mostly found in the plains and desert regions of the US; sticking mainly to dry areas that are full of brush.

Though there are red foxes that are a native part of the North American animal family, efforts have been to introduce European red foxes onto the continent as well. They’ve been introduced in several areas of the US, mainly for the purposes of hunting and fur farming.

European red foxes have been released across several states in the south-eastern and central US, as well as Alaska and California. Due to their damage to native bird populations, European red foxes are considered to be an invasive species in the US.

Foxes are an incredibly successful species, thriving in various environments across the world. Four different species exist in North America alone, with red foxes and gray foxes spread across the continent, arctic foxes occupying the northernmost regions, and kit foxes mainly focused around the desert and plains regions of the US. But the European red fox, one of two red fox species in North America, is an invasive species that damages local bird populations, similar to what red foxes have done in Australia.