Foxes and Mange: Everything You Need to Know 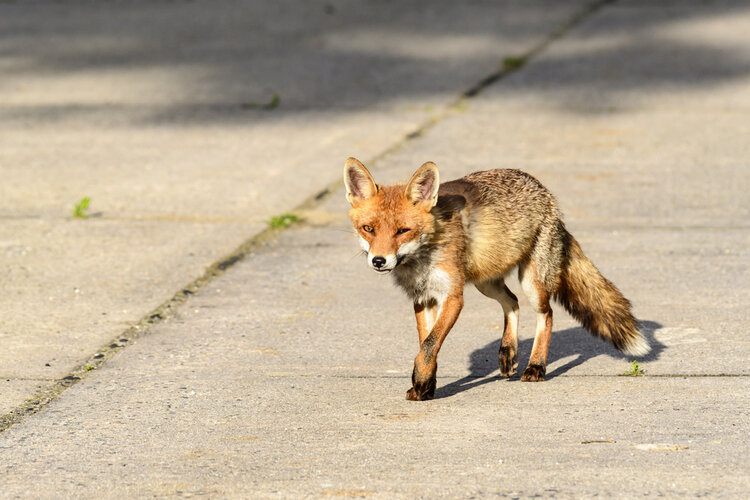 Sarcoptic mange is a terrible infection that affects canid animals in particular, though other types of creatures can also get it. You might not know it by its full name, but you’ve probably heard of its other name; scabies. When an animal gets scabies, they begin to look dreadful in short order. It’s such an awful experience that many animals have been known to chew off their tails in a desperate bid to stop the incessant itching. Unfortunately, this disease is quite common among foxes and can have devastating effects on individuals and entire populations.

Many people who have heard of mange don’t know exactly what it is. It appears as hair loss and clearly affected skin, but what is the underlying problem of mange? This irritating infection is created by little mites called Sarcoptes scabiei.

These mites burrow into the skin, which forms many small tunnels. They then fill these tunnels with a variety of different materials, including pieces of their shells that have shed, feces, eggs, and digestive secretions. All of these materials cause incredible irritation and itchiness, as well as visible marks.

Sarcoptes scabiei mites live for up to two weeks. During that time, infestations can multiply in number many times over as they recreate rapidly.

How Does Mange Affect Foxes?

So, what happens to a fox that gets mange? It’s pretty rough. If they’re only lightly infected, they might luck out and experience itching and burning for only a few weeks.

For those animals that get heavily infected, it’s a nightmare. Heavy fur loss is soon to follow. You’ll see a thick crust forming on the surface of their skin, which is parasitic waste from all the mites.

All of this causes incredible itchiness that can almost drive an animal mad. Animals who are intensely infected will be seen wandering around during the daytime, even in cold weather.

Death can even result from mange, though primarily through other means. For instance, an infected fox could easily starve or freeze to death while wandering and seeking escape from the non-stop itching and burning.

How Does Mange Affect Fox Populations?

When mange hits a group of foxes, it spreads rapidly, like wildfire. Nearly the entire population of foxes will be infected before long. A bad bout of mange can truly decimate fox populations.

There have been several massive mange outbreaks across the world, and we’ve been able to study their effects on foxes. One of the worst infections in recent history occurred in Bristol, UK, in the early 90s. Once the mange hit, fox populations declined by about 95% over just two years, nearly wiping foxes out in the area entirely.

Can my pets get mange from a fox?

If you know that there are infected foxes near where you live, one of your biggest fears is probably that your pets might get this awful infection. The truth is that it depends on what pets you have.

Sarcoptic mange is a disease that primarily affects canid animals. As such, your dog could possibly contract mange from an infected fox. However, it’s not that likely, as foxes only transmitted mange to dogs during the Bristol outbreak when fox density was at its highest. But there’s good news for your pooch; mange is very easy to treat in dogs.

Cats can catch mange, but it’s incredibly rare. Only 11 cases of feline mange have occurred between 1973 and 2006. So, if you have a cat, there’s no need to worry about it contracting mange.

Can people catch mange from a fox?

There are many different strains of Sarcoptic mange, and some even affect humans. For this reason, it’s recommended that you don’t handle mangy foxes without some type of protection. But the truth is that the strain of mange that foxes carry can’t persist in humans. You could catch it, but it would die off naturally in a few weeks. Still, it’s best to avoid such an infection in the first place.

Mange is an awful infection that can destroy the lives of individual foxes as well as entire populations. If you see a fox that’s infected with mange, keep your distance. You and your pets aren’t at much risk for contracting the mites, but it’s still best to avoid any chance of infection if possible.