Can You Have a Fox as a Pet? Here’s What You Need to Know! 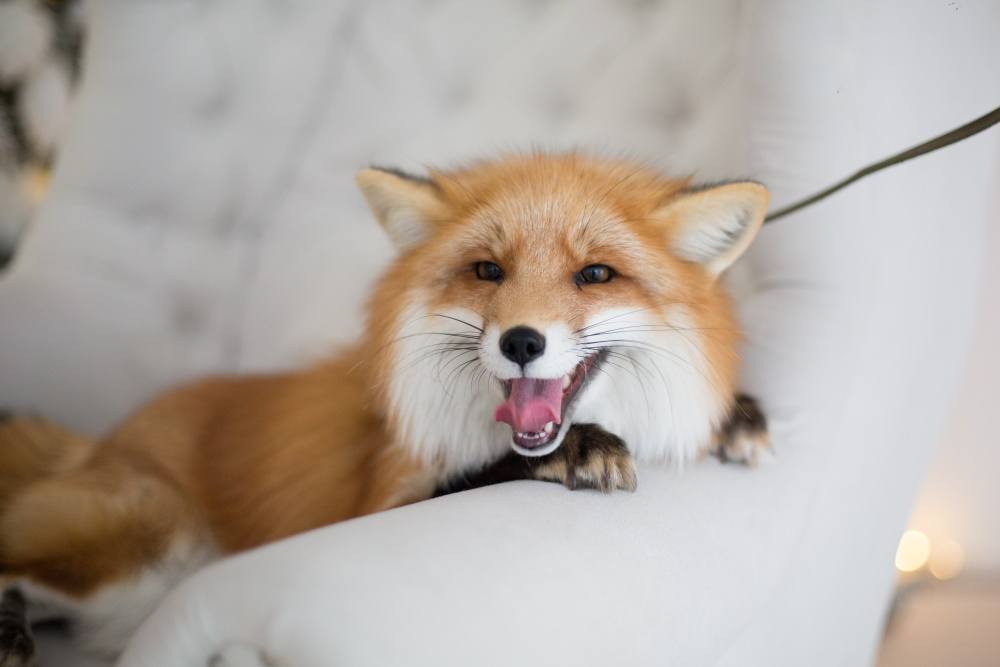 Many people seem to have an obsession with having the most exotic, outlandish, and unique pets around. Celebrities including the likes of Michael Jackson and Mike Tyson were known to keep some pretty interesting animals, only fueling the public’s love of exotic pets all the more.

Mike Tyson kept three pet tigers, which is, obviously, a very dangerous way to live. One even attacked a trespasser on his property! But one exotic pet that doesn’t seem quite as dangerous even though it’s nearly twice as cute is a fox. The question is; can you own a fox as a pet? If you’ve been considering cuddling up with your own fox cub, then read on to find out if that’s a possibility.

Is it Legal to Own a Fox as a Pet?

In America, some states allow you to keep a fox as a pet, but it’s definitely not the norm. The rules differ between the states that do allow foxes as pets, and the laws can even change depending on the species of fox you want to keep.

For example, Red foxes are legal pets in 14 states. Fennec foxes, on the other hand, are only legal for private possession in 13 states. The rules regarding permits and more can change between fox species and usually affect exotic and native fox species in different ways.

Altogether, there are 15 states where it’s legal to own a fox in some capacity. The rules can change in every state and with each fox species though. So, keep in mind that just because it might be legal to own a fox in your state doesn’t mean you can just go catch one in the wild and domesticate it. You’ll still need to check on the laws in your specific state, county, and municipality.

It is legal to own a fox in the following 15 states:

States in a Gray Area

There are some states that technically allow you to keep a fox, but make it essentially impossible to do so. For example, both Maine and Delaware legally let you keep foxes, but refuse to issue the necessary permits. In other states, it’s legal to own a fox, but illegal to import one. Chances are good that there aren’t any fox breeders within the state, making it practically impossible to legally own.

Purchasing a Pet Fox or Catching One

Let’s say you live in a state that allows foxes to be kept as pets. Can you go out and catch a fox to domesticate? Maybe not. In some states, such as Arkansas, you are allowed to catch foxes in the wild and domesticate them. But Arkansas is the exception, not the rule.

In many states, even though it’s legal to own a fox, you can’t just go out and catch one. That said, other states are the opposite. Kentucky, for example, allows you to own foxes, but you can’t legally import any of the fox species that are available in the pet trade. This means that if you want a pet fox in Kentucky, you pretty much have no choice but to catch it yourself.

Rules Change Depending on the Fox Species

Even if foxes are legal to keep as pets in your state, you’ll need to be very careful about what type of fox you get. It might be the case that only certain species of fox are legal to keep and others will get you in trouble with a hefty fine or worse as punishment. In many states, the rules differ depending on whether the fox species is native or exotic.

So, before you go and catch a fox to bring home, do some research. Find out what species of foxes are legal to own in your state, if they’re legal to keep at all. Make sure you can identify different fox species and tell the differences between them. Then, be certain you only attempt to purchase fox that’s a legal species in your area. And remember, there are even stricter laws regarding the capture of wild animals, so if you plan to go that route, even more forethought will be necessary to ensure you remain with the boundaries of the law.

All of the laws and rules we’ve discussed so far pertain to individual people who wish to keep foxes as personal pets. However, there are exceptions to these rules made for certain special groups.

For instance, groups that do educational exhibitions at different places like schools and libraries can often get special permits to keep a fox, even in places where it’s not legal under ordinary circumstances. In these cases, annual inspections are generally required.

If you wish to keep a fox in your family, you’re going to need to be pretty lucky. First, you have to be lucky enough to live in one of the 15 states that allow the legal ownership of foxes as pets. Next, you have to luck into being in a state where it’s not incredibly difficult to get a fox.

If you manage to make your way past these hurdles, then you have made it past step one of fox ownership. But for most Americans, these laws and regulations mean that fox ownership is likely out of reach unless you plan on moving in the near future.