Furlong In Horse Racing: What Is It, And Why Is It Used? 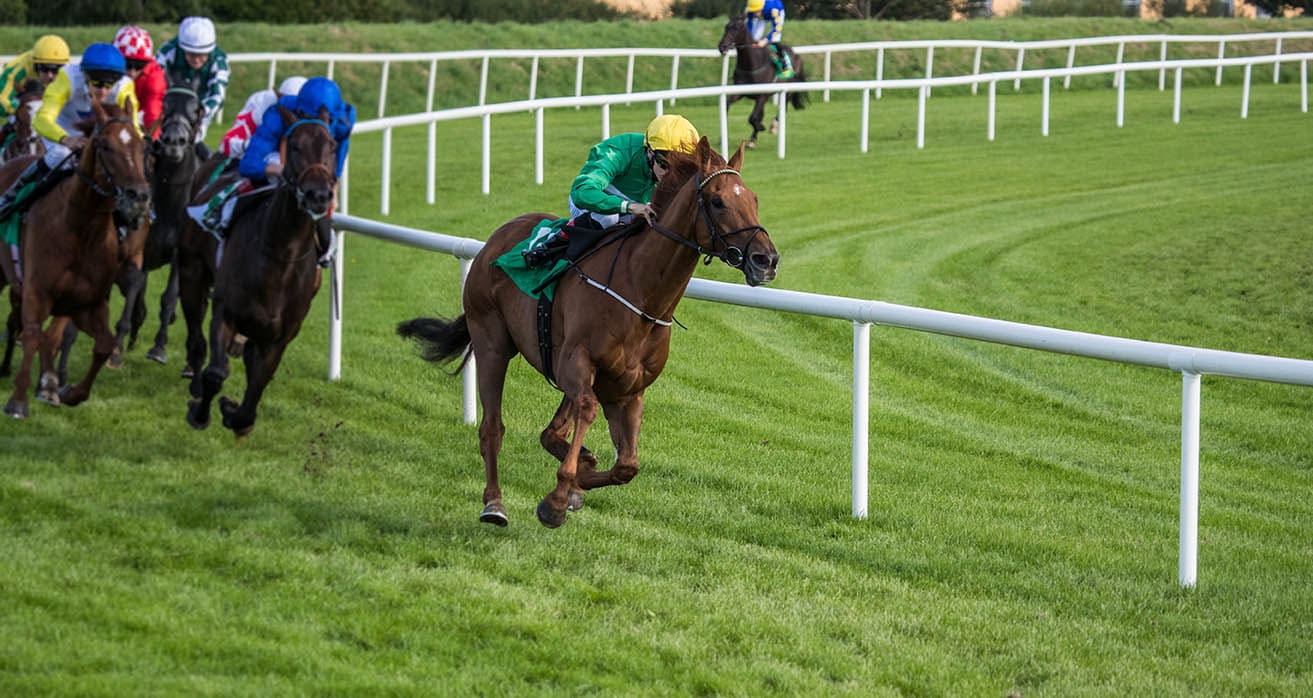 If you’ve spent any time watching horse races or trying to learn about them, you’ve probably encountered the word “furlong” and wondered what it meant. It’s not a term that you’re likely to hear outside of the horseracing world; at least, not in the modern era. At one time, this was widely used terminology though. So, what exactly is a furlong and why does horseracing utilize this outdated language? Keep reading to find out.

What Is a Furlong?

A furlong is simply a unit of measurement, just like a foot, inch, mile, yard, or lightyear. If you’ve never heard someone use this term before, it’s because no one really does outside of horseracing, but it used to be a much more commonly used system of measurement.

Where Does the Furlong Come From?

Though you rarely hear the term anymore, furlong is actually a very old word used in Ancient Rome to represent the length of a stadium, which was equal to one-eighth of a Roman mile. This wasn’t the same mile that England used, however. But in the 14th century, the English mile was changed to prevent disrupting existing practices of land measurement, and England adopted the eight furlongs per mile system of the Romans.

Why Are Furlongs Used in Horse Racing?

Though ancient Rome and England both used the furlong, it’s rarely heard today. You’ve probably never seen a measurement in furlongs unless you’ve been to The Republic of the Union of Myanmar, which is the one unique place in the world that uses furlong measurements on their highway signage. England still uses furlongs in reference to their canals, but that’s about it. All of this begs the question; why are furlongs used in horse racing? Why not just switch to a more common system of measurement such as yards or miles?

It might seem silly, but in truth, it all comes down to tradition. Horseracing first became formalized with official rules and racecourses in England in the 16th century. At this time, furlongs were used for setting up these initial racetracks, and the tradition simply stuck around throughout the many years between.

Still, there have been some changes made. In modern horseracing, furlongs are only used to express the length of racetracks that are one mile or shorter in distance. A half-mile track is referred to as four furlongs, but if the track were a mile and a half, it would just be called a mile and a half. Any track longer than a mile is expressed in miles and fractions; only races shorter than a mile use furlongs.

Many horses have competed in furlong races through the years, and along the way, some impressive world records have been set.

The record for the fastest one-furlong horse race was set in a claiming race of all places. Travel Plan, a Quarter Horse, set the record of 11.493 seconds at the Los Alamitos Racecourse in 2009. Thoroughbreds don’t compete in races that are just one-furlong in length.

This record was set by a Thoroughbred named Drip Brew in 2020. Remember, two furlongs equals a quarter-mile, and Drip Brew ran it in 19.93 seconds, beating the long-standing record set previously in 2008 of 20.57 seconds by Winning Brew.

The fastest time on a five-furlong race is just over 55 seconds, set by a Thoroughbred named Chinook Pass in 1982.

Furlong is a term not often used in the modern era. If you’re a big fan of horseracing, then it might benefit you to understand this term and where it comes from. Remember, only races that are shorter than a mile will be measured in furlongs. Otherwise, they’ll be expressed in miles and fractions, which makes them much easier to understand. A furlong is equal to one-eighth of a mile, so eight furlongs make a mile. Just remember that easy conversion and you’ll always never be confused about the length of a race.