5 Types of Gerbil Breeds: An Overview (With Pictures) 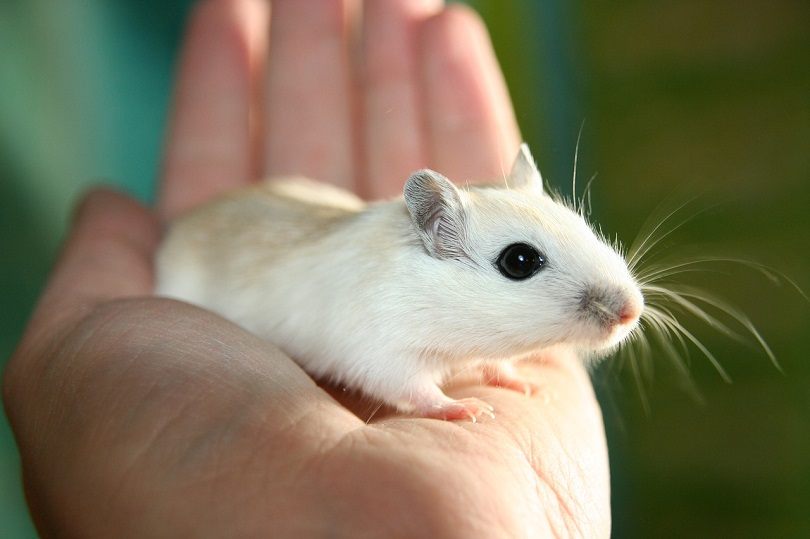 There are many different kinds of gerbils globally, 87 known species, and a current 14 genera of gerbil, to be exact. They are all classed in the mammal subfamily Gerbillinae, previously known as the desert rats. These small creatures are primarily native to Africa, Asia, and India.

Nowadays, almost any pet shop that you enter will have gerbils on sale, except in California, where they are illegal to purchase or keep as a pet. Out of all of the various gerbils spread across the world, you can only keep two of these types as pets in most areas.

Other kinds of gerbils, the last three on our list, for example, might make great pets but are only found in their native lands.

Read on to find out which type of gerbil may be right for you!

The Mongolian gerbil is the most common gerbil that you will find in the pet shops. They are very typical in their overall appearance, with large, black eyes and a medium coat with a long, thin tail.

Mongolian gerbils are native to the Steppe region of Mongolia. They were brought for research to the USA by Dr. Victor Schwentker in 1954. They were quickly introduced into the pet industry and became immensely popular as a small mammal. They weren’t brought to the UK and the rest of Europe until the 1960s.

Since Mongolian gerbils are such a common pet now, they have been selectively bred to have various coat colors. In the wild, they only ever have golden agouti colors.

These gerbils can come in:

Mongolian gerbils are often kept in medium to large-sized enclosures since they prefer to live in pairs or larger groups. They are exceptionally social animals but will typically like the company of gerbils from the same litter. An ideal group of Mongolian gerbils is the combination of two males and two females from the same litter. Be careful if you try to introduce them to another gerbil after reaching maturity since they are unlikely to accept a new pairing.

Towards humans, these gerbils are non-aggressive, quirky, and curious. They are also quite confident, making it easier to handle them soon after adoption and while managing them outside of their enclosure.

Mongolian gerbils typically reach a length between 4-6 inches long from the nose to the base of their tail. The tail is about ⅔ the length of their bodies. Their average lifespan is 3-5 years, although they can live longer if cared for properly.

Fat-tailed gerbils are the only other gerbil common to find as a pet outside of their native lands. They are only just beginning to gain popularity in pet stores across North America and the European continent.

These gerbils are easy to tell apart from the Mongolian gerbils solely based on their tail width. They earned their name for good reason, growing a short tail that only reaches about 2 inches long but is club-shaped and very thick. Their tails are unique since this species of gerbil uses them to store fats and water inside. It functions as a good indicator of their health since a happy fat-tailed gerbil has a nice, rounded tail.

Fat-tailed gerbils have not become popular enough to be selectively bred at this point. They only come in one coat type. They have soft, thick, and fluffy fur in a mottled yellow-gray pattern across the top and fades into white underneath. They grow up to 4 inches in length from the nose to the base of their tail and can live 5-7 years.

The fat-tailed gerbil is native to the desert regions in northern Africa. They were discovered and documented for the first time in 1880 in Algeria by French zoologist Fernand Lataste.

Fat-tailed gerbils make a convenient pet to keep because although they are social, they are also quite happy to live alone. They are not aggressive and will rarely bite, adjusting quickly to being handled. They have earned a reputation as being one of the most docile species within the gerbil family.

Less is known about the pallid gerbil, great gerbil, and Shaw’s jird. They are not typically kept as pets except occasionally in their native countries. They are among some of the more commonly known gerbils and have found a place on our list.

Pallid gerbils, or Gerbillus perpallidus, hail from Egypt. They are very similar in size, shape, and coloring to the Mongolian gerbil but have shorter bodies and longer tails. They are covered in a thin layer of pale orange fur that fades into white across their midsection. They also have thinner coats than the Mongolian due to the hotter areas in which they live.

The pallid gerbil is easy to look after in a similar way to the Mongolian gerbil. The requirements to keep them fed, cleaned, and handled properly are all the same. On average, pallid gerbils will only live until they are about 5 years old if they receive proper treatment.

The great gerbil, or Rhombomys opimus, is one of the largest species in the gerbil subfamily, much as their name would suggest. They are not typically kept as pets anywhere in the world since they have a much more aggressive behavior than most others and have voracious appetites.

It doesn’t help that instead of the cute, mouse-like appearance typical to the Mongolian gerbil, the great gerbil is larger than most rats and looks more like a Midwestern prairie dog than anything fluffy and adorable for your kids

There is also a rumor among the science community that great gerbils were responsible for the Black Death and not rats, as many thought at the time.

The great gerbil is native to parts of Central Asia. Communities have particular problems with them in Western China since they can hoard astonishing amounts of grain in their never-ending, destructive burrows.

Lastly, to contrast the well-known and little-loved great gerbil, there is the Shaw’s jird. The Shaw’s jird, or Meriones shawi, is another larger gerbil breed but one that has managed to maintain the appearance of a cute, small pet. Instead of a tail covered in skin, they often have very long tails covered in short, fine hairs that give them a nicer appearance than some other hairless gerbils.

Shaw’s jird is common among the North African countries but is one of the least common pet gerbils you find in pet stores. They are not as friendly as the first three gerbils on the list, with females being aggressive with each other and very territorial. It is best to keep two male Shaw’s jirds together or a male and a female.

The Shaw’s jird can have black or tan fur on top that fades into white underneath. They are typically very docile around humans and take handling quite well. They very rarely bite. In fact, these gerbils often become tamer than any other gerbil species once they become accustomed to their human counterparts. 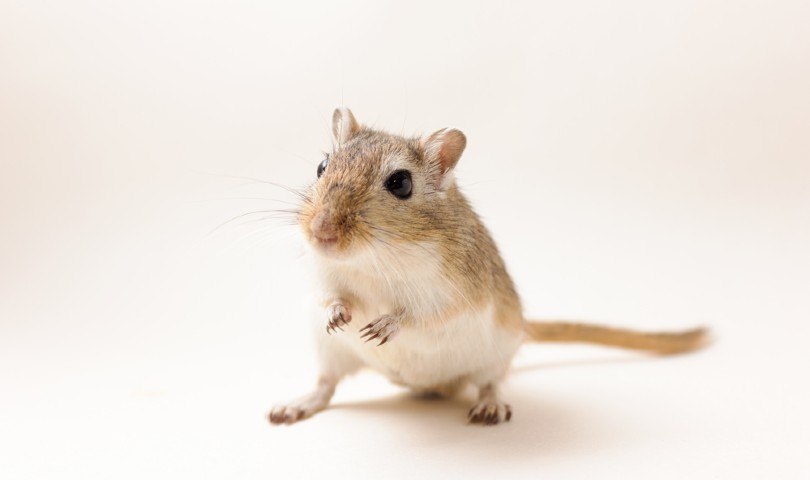 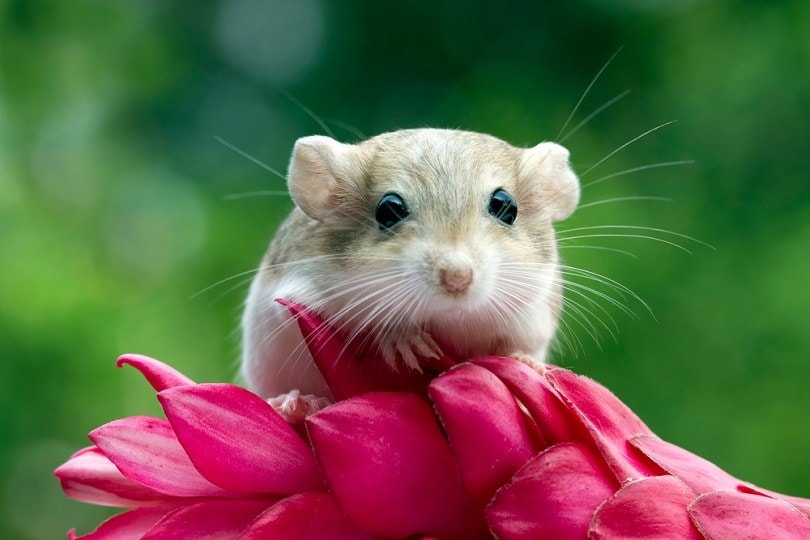 5 Gerbil Sounds and Their Meanings (with Audio)