10 Things to Know Before Getting a Chinchilla as Pet 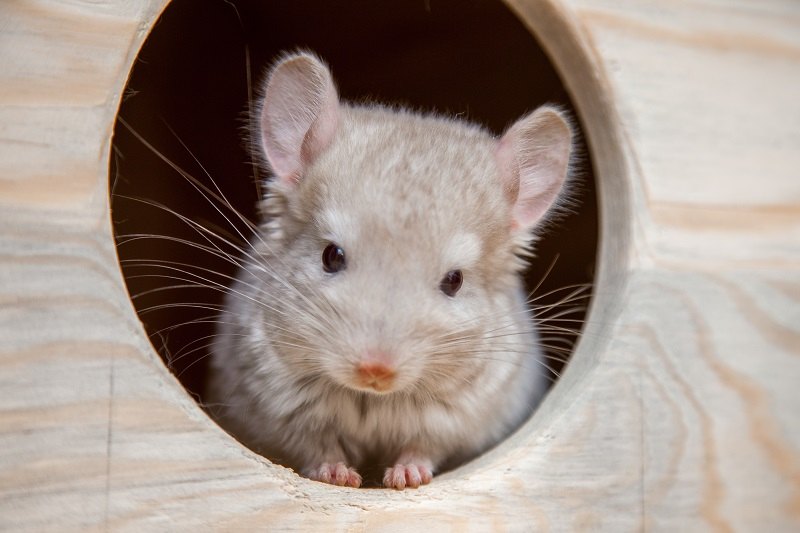 Small animals are popular pets because they are often so easy to care for in your home. According to the American Pet Products Association, Inc, over 5 million American households have welcomed them into their home. You may think of hamsters and mice first. However, chinchillas are another more exotic option that you may want to consider for you or older children.

All of the pet chinchillas in the United States descended from 13 critters brought to the country in the 1920s. Already, they were on the brink of extinction in their native Chile. The first thing you notice about the chinchilla—other than his adorable face—is the density of his fur. These animals can have up to 80 hairs per follicle! Their coats are indeed luxurious.

There are several things you need to know upfront before you bring this Chilean rodent home. A few of them may surprise you. Owning a pet is a serious responsibility, no matter if you’re thinking about a dog or a chinchilla. Let’s get down to the facts to help you make an informed choice.

As we mentioned, chinchillas are rodents. That means that their front teeth keep growing throughout their lives. Their diet in the wild would help manage their growth. As a pet owner, you should provide your chinchilla with a pumice stone to help keep his chompers in check so that it doesn’t interfere with his eating.

It’s worth mentioning that your chinchilla will find other things to chew if you let him out unattended. Think of your furniture and dining room table. His teeth can make fast work of anything he finds.

2. Chinchilla are active and fast.

Chinchillas are a prey species in their native land. Their high energy helped them elude predators. If you let your chinchilla out of his cage, make sure it’s in a small room with no hiding places. This little guy can squeeze himself into some tight spots that may make catching him quite the chore. He can also jump relatively high, thanks to his mountain roots.

3. Chinchillas need a lot of space.

Chinchillas need a considerably larger cage when compared to other rodents. He must have room to bound around as he would in the wild. A home base that is at least 3’ H is ideal for giving him the space he craves to work off all that energy. You can provide a hiding place or two so that he’ll feel secure when he’s not running around or playing.

4. Chinchillas are a commitment.

Perhaps his harsh environment gave the chinchilla an edge. Unlike many small animals, this guy is surprisingly long-lived. As long as you feed him a healthy diet and mind where you put his cage, your chinchilla can easily live 10 or more years! That makes getting one as much of a commitment as getting a dog or cat.

Many prey species come out as dusk or dawn. It’s an excellent way to avoid predators while making it harder for them to spot a chinchilla foraging. Your domesticated chinchilla has hung on to these roots. He’s more likely to become active after the sun sets. That’s something to keep in mind when deciding where to place his cage.

Even with a coat as dense as his, your chinchilla still needs regular baths. Instead of breaking out the shampoo and conditioner, reach for the dust bath. Your pet will enjoy rolling around in specially formulated powder that will absorb excess oil and keep his fur looking its best. We recommend offering it to him at least two or three times a week.

7. Chinchillas prefer it on the cool side.

The chinchilla’s preferred temperature range is another holdout from his wild side. His native habitat is the Andes Mountains with its challenging climate. He is so well-adapted to this environment that temperatures over 80°F can put your pet at risk of heatstroke. However, drafts are equally as dangerous for this furry rodent.

Chinchillas are relatively new to domestication, as we discussed earlier. Even so, they began life as a fur source instead of a pet. That means that you’ll have to be patient to get him used to you and being handled. It’s best if you can get a younger animal that is less set in their ways. You’ll have an easier time with the transition. Of course, a treat always helps.

Chinchillas are omnivores in the wild, which means that they eat both plants and meat, or eggs if they can snatch one or two. You should feed him a commercial diet to ensure he gets the nutrients he needs. Chinchillas also need adequate fiber in their diet to stay healthy. They can eat small amounts of fresh greens. However, too much can cause GI distress.

Related Read: What Do Chinchillas Eat in the Wild and as Pets?

Chinchillas get a lot of the moisture they need from the foods they eat. It makes sense when you think of hay being primarily water. Keep fresh liquids available at all times. However, don’t be surprised if he doesn’t drink a lot of fluids. It’s another adaptation from living in the dry and sometimes barren shrublands of the Andes Mountains.

Final Thoughts About Having a Chinchilla as a Pet

Chinchillas are fascinating animals on several scores. The fact that they are so in touch with wild nature makes them even more unique. While not as cuddly as a puppy, you’ll find that inviting one into your life is a rewarding experience. It merely requires patience and a gentle approach toward gaining his trust. With the proper care, you’ll have your chinchilla for many years to come.