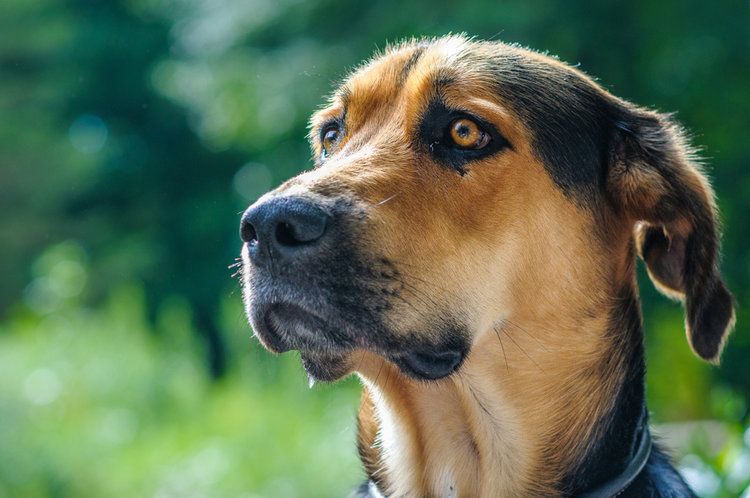 The Golden Shepherd is a mixed breed also known as a hybrid. She is the result of a breeding between the Golden Retriever and the German Shepherd. She is expected to live between 10 to 14 years and falls into the breed groups herding and sporting. She is multi-talented with talents in obedience, search and rescue, watchdog, agility, hunting, tricks, competitive obedience, tracking, retrieving, guarding and police work.

Where does the Golden Shepherd come from?

Designer dogs are a recent trend, a deliberate breeding of two different purebreds to create a hybrid with hopefully the better qualities of the parents. However in the majority of cases that cannot be controlled. Some puppies end up with the worst of both parents, and even in one littler you can get a variety of outcomes. Whatever type of dog you want it is important to buy from trustworthy sources. This recent boon in designer dogs has led to a large jump in puppy mills and disreputable breeders who are out to make money with no care about the results of their actions. The hope with a Golden Shepherd is to create a puppy with the alertness, courage and quickness of the German Shepherd while getting the retrieving ability and gentle nature of a Golden Retriever. Here is a look at the parent breeds.

The German Shepherd was bred by a man called Captain Max von Stephanitz, a German cavalry captain who wanted to create a herding dog that surpassed all others. In the early 20th century he created a dog that was intelligent, fast, capable and athletic. There was less of a demand for herding dogs by this point though in Germany so using his connections the captain got him into military and police work. During the first war he worked as a rescuer, guard, sentry, red cross dog and supply carrier. His bravery was seen by allied soldiers and he was brought back to American. Rin Tin Tin is one such dog, a famous German Shepherd who starred in 26 movies.

Today the German Shepherd is a reserved dog but while he may not make friends straight away he is still extremely loyal and dedicated once he does. For his family he is easy going, and affectionate but if he feels threatened, or he feels his family is threatened he will become protective. He is very easy to train, very intelligent and makes a great work dog or family dog. Because of his intelligence and high activity levels if he is left to become bored he can become destructive.

This dog was developed by Lord Tweedmouth in the 19th century who loved to hunt waterfowl and wanted a retriever more attentive than setters and spaniels, and one who would be a calm and loyal companion at home. He focused on yellow puppies as he liked the look and so the Golden Retriever was born. They were recognized as a breed the the KC in 1911 in England and were officially named Golden Retriever in 1920.

This dog is still calm and gentle today at home and he is very much a people dog. He loves to be a part of anything that is going on and is eager to please. He is intelligent too making him highly trainable. He does not do well being alone for a long time, his humans are his pack and needs to be with them. He is trustworthy and thrives on mental challenges and needs a good hour of physical exercise a day.

The Golden Shepherd is like the Golden Retriever in that she loves people and needs to be with them. She is not good therefore being left alone for too long. She is a devoted dog, gentle and affectionate. She is also intelligent, alert and energetic outside. She is agile and great as a work dog or family dog. She is quite bold and is protective of her family. She loves to have fun and can be playful and is good with other pets and children.

She is a large dog weighing 60 to 85 pounds and standing 20 to 26 inches tall. Her body is often much like a German Shepherd’s but she has a head like a Golden Retriever’s. Her ears are droopy but short and they can lift up when they are excited. She has a long coat that can be soft, wavy or smooth, or rough and dense. Common colors are black, cream, yellow, tan, white, golden and blue. She has a thick chest.

How active does the Golden Shepherd need to be?

She loves to be active and take part in activities like retrieving a ball, swimming, Frisbee. She needs daily exercise, at least 60 minutes a day. One or two long walks, play time, jogging or hiking with her owners and so on. A yard is a bonus place for her to play but if you do not have one she can adapt. When she is in the house she remains calm, she saves the activity for outside mostly.

She is intelligent, eager to please, able to learn quickly and inclined to obey commands so she trains very quickly. She will need fewer repetitions so it will be quicker than many other dogs. Be consistent, firm but positive. You need to be dominant and set yourself as pack leader but still encourage her with praise and rewards, either treats or play or a new toy. Early socialization and training are key for all dogs in how they behave, how well they react to other people, animals and situations.

Living with a Golden Shepherd

She is a frequent constant shedder so you will need to vacuum often as hair will be on your furniture, carpets and probably your clothes too. It also means she will need daily brushing to try and keep on top of the loose hairs and to keep her coat looking shiny and healthy. Give her a bath when she needs it and make sure you use a suitable shampoo. Check her ears once a week and give them a wipe with a cotton ball or cloth damp with water or an ear cleaning solution. Do not insert anything down into the ear though. Her nails will need to be cut when they get too long, being careful not to cut down too low. Her teeth will need regular brushing, once a day or at least three times a week.

Early socialization and training should be undertaken with any dog. The Golden Shepherd is usually good with children, other dogs and other pets. She is gentle and patient with them and playful when they want to play. Watch the toddlers with her in case she accidentally bumps one over though. Also make sure you teach them how to be nice to her, no pulling ears or tails, no being mean or teasing her.

She can adapt to apartment living if taken out regularly for exercise and play. She is not much of a barker but she will bark to alert you if an intruder enters your home. She is good for most climates though take care of her in extreme heat. She will need to be fed high quality dry dog food in two meals, totaling 3 to 4 cups a day.

She can be prone to certain conditions or diseases that her parents are more prone to, as is the case with any offspring. In the Golden Shepherd’s case this includes OCD, Von Willebrand’s Disease, bloat, epilepsy, cancer, Degenerative Myelopathy, EPI, joint dysplasia, eye problems, allergies and hyperthyroidism.

She will set you back between $200 and $500 plus she will need some health checks, spaying, a micro chip, a collar and leash and a crate. Those will come to around $450. Recurring medical costs for vaccinations, flea and tick prevention, pet insurance and medical checks come between $485 – $600 a year. Recurring non-medical costs for long hair grooming, food, license, training, toys and treats come between $920 – $1050 a year.

Looking for a Golden Shepherd Puppy Name? Let select one from our list!

She is a intelligent and loyal dog, gentle and protective with her family. She loves to be with her owners and her family more than anything else. Offer her you love and she will give back her devotion. She is best suited to an owner or family who enjoy being active though.