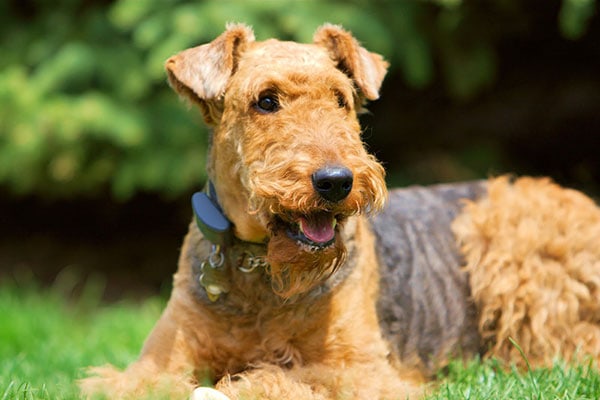 Forget about elaborate, complicated, and expensive alarm systems! While these can be helpful when it comes to protecting your home, a well-trained guard dog is one of the best security systems around! Protecting their owners has been one of the domesticated dog’s primary jobs for centuries, and this comes instinctually to many breeds.

A large, well-trained dog is far more of a deterrent to would-be criminals than a fence or alarm system. Not only are dogs a scary prospect for a criminal to face, but breaking into a home with a dog is also a far riskier proposition than a home with an alarm or no dog at all. Dogs have also been used as service animals in the military and police force, which is a testament to how well adapted they are to this job.

Some dogs are great guard dogs due to their acute hearing, alert temperament, and loud bark, while others will gladly put themselves in front of an intruder in the protection of their family. With this in mind, we set out to find out which breeds make the best guard dogs for protecting your home and came up with these 13 options. Let’s get started!

The muscular, courageous, double-coated Akita originated in the mountainous regions of Japan and is an ancient breed famous for their devotion, loyalty, and intelligence. The Akita has a spiritual significance in their native Japan and is a symbol of health, happiness, and long life. Although the Akita is a powerful guard dog, they do have a tendency for aggression toward other dogs and need dedicated training and socialization — they are not recommended for first-time dog owners.

Closely resembling their cousin, the German Shepherd, the Belgian Malinois was originally bred as a herding dog but now more commonly serves as a police and military animal. These dogs are athletic and full of energy and need a ton of exercise and mental stimulation to keep them happy and healthy. They are sensitive dogs, though, and do not respond well to harsh training methods. If trained correctly and given plenty of stimulation, this dog makes a loyal guard dog that will be a close companion for life.

The muscular Boxer needs no introduction, as these dogs are one of the most popular breeds on the planet and for good reason. Just their muscular, stocky build alone is enough to ward off would-be intruders, but their high intelligence and loyalty also make them formidable protectors. They are fearless, alert, and powerful animals yet are playful and friendly too, making them ideal family dogs. They are independent, headstrong animals, though, which can make training a challenge.

The formidable appearance of the Bullmastiff is almost enough on their own to make them a perfect guard dog, but when you take into account their high intellect and loyal character, they are one of the best guard dogs out there. Although these dogs are large and powerful, they are not super high energy. They can adapt to a variety of living situations, even apartments, provided that they get adequate stimulation. They need a firm hand and consistency in training early on; otherwise, these independently minded dogs can quickly rule the roost!

A working dog that does best when given a job to do, the Cane Corso is an Italian breed that was developed for protection and hunting. While these dogs are generally friendly and even-tempered dogs and bond strongly with their owners, they take a while to warm up to strangers, which makes them great when tasked with protecting your home. They are energetic animals that need a large amount of space and a great deal of regular exercise and are not happy to be lying around all day. While this can make them a large responsibility, the effort is certainly worth it.

The Doberman Pinscher originated in Germany and was developed as a guard dog — the breed is synonymous with protection. They are popular animals within the police and military, but they make great family animals too, even though they are often stereotyped as being vicious and aggressive. In truth, they are loving, loyal, and obedient dogs that are natural family protectors. They need a ton of exercise, though, and are known to resort to destructive behavior without it.

Supremely obedient and endlessly affectionate, the Dutch Shepherd may not seem like a likely guard dog, but their trainability, loyalty, and intellect make them an ideal family protector. They have traditionally been used in their native Netherlands as all-around farm animals but are now commonly used in police work and as service animals. They are fairly rare dogs and are known for their ease of training, even for beginners, and make wonderful family pets.

The infamous German Shepherd is likely one of the first breeds that come to mind when you imagine a guard dog, and the breed has been used as such for centuries. They are supremely loyal dogs, making the breed one of the most popular in the United States, and they are incredibly devoted and intelligent. These versatile dogs are ideal family animals that do well with children. They are also devoted guard dogs and have been used widely in police work, as service animals, and in search-and-rescue operations. They are high-energy dogs, though, and need a ton of daily exercise.

The enormous size of the Great Dane alone is enough to scare off most visitors, let alone criminals! They are, however, sweet-natured, gentle, and loving animals that love to play and have an innate desire to please. They were originally bred for hunting, although they are kept mostly as devoted companion animals nowadays. They are eager to please and intelligent dogs, making them a breeze to train, and they are great with children, making them ideal all-around family protectors.

The large Great Pyrenees was originally bred as a protector of livestock on farms and is commonly used as a therapy dog nowadays. They still have a powerful protective instinct, though, making them excellent guard dogs. They are highly intelligent animals that can be independently minded at times, making them great protectors, but rather challenging to train. They need a ton of dedication, patience, and socialization, but their calm and reserved demeanor makes them ideal family pets.

The Rhodesian Ridgeback is a loyal family protector that was bred in Southern Africa expressly for this purpose, as well as for hunting. They are supremely athletic animals that are extremely high energy as puppies but tend to calm down as they grow older. The breed is still commonly used for hunting but has also become a popular family pet due to their dedication, loyalty, and protective nature. They are known to be somewhat independent and strong-willed animals and need a great deal of patience and dedication in training.

The Rottweiler is instantly recognizable and has a firm reputation as a vicious and protective guard dog. In reality, however, they are gentle animals that make ideal family pets. Still, they can take some time to warm up to strangers, giving them their formidable reputation. They are commonly used as police dogs and in the military due to their fearless nature and intelligence and are one of the most common breeds kept as guard dogs. These dogs are powerful and intense animals that need dedicated and consistent training.

Originally developed in Tibet centuries ago as guard dogs, the Tibetan Mastiff has been gaining popularity around the world due to their gentle nature. These dogs are large, powerful, intimidating animals that make great guard dogs but are sweet and loving with their human companions, making them excellent family pets. They are fairly independent animals that need consistent and early training, as they can be a great deal to handle and are known for their stubborn nature.