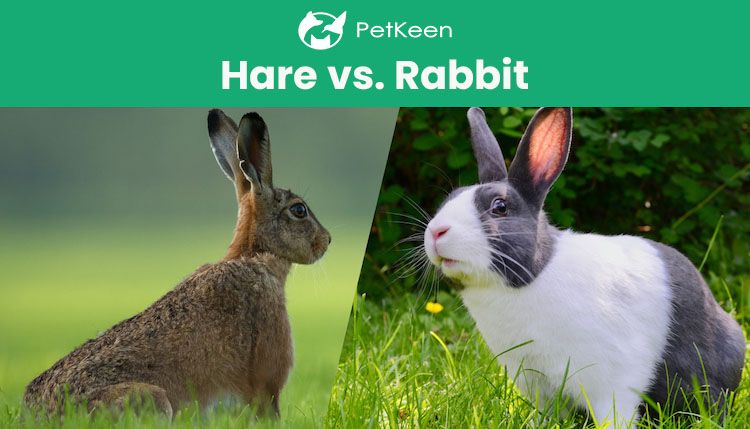 You have heard of rabbits and hares, but do you know what the difference is between them? Some rabbits have evolved from hares, but that doesn’t mean they should be classified as a hare. There are distinguishing factors between the two that are good to know if you plan to be a rabbit expert — or if you want to impress your friends and family at the next get-together.

Let’s begin with similarities and then go over the differences between these two species.

What Are the Similarities?

Rabbits and hares belong to the Leporidae family (which actually contains 60 species), and they are both mammals. You will notice that the rabbit and the hare have long ears, strong hindquarters for hopping, long front teeth, and a second set of incisors.

That sums up how they are similar. Let’s move on to their differences, since they aren’t the same species.

What Is a Rabbit?

What Is a Hare?

Now that you know the difference between a rabbit and a hare, if you see one or the other in the wild, you can identify them with confidence. Even though they look similar in certain aspects, they are different species — just like a goat and sheep — and they have more differences than similarities.