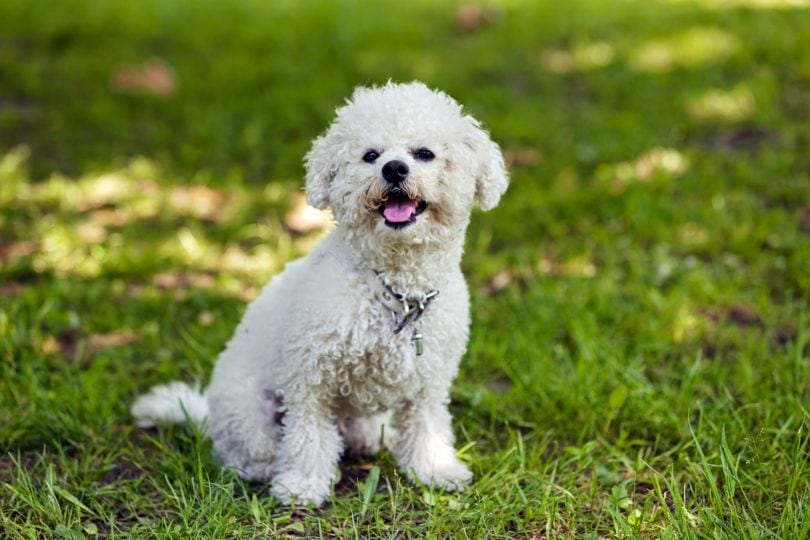 The Havachon is a small mixed breed also called the Frise Havanese. She is the result of breeding a Bichon Frise with a Havanese and is also referred to as a hybrid dog. She has a life span of 12 to 15 years and while she can be very willing and sweet she can also be stubborn and loves to explore everywhere!

Where does the Havachon come from?

Designer dogs are a recent phenomena in the last two or so decades. This refers to mixed breeds being created with deliberate intent. Some are often given blended names that reflect their parentage, most come from two purebred dogs. And most have little known about where or why they were created. Some come from well meaning breeders wanting to combine the best of two dogs into their offspring and some no doubt come from disreputable breeders and puppy mills who see the money that can be made from this trend. With any designer dog though there is a lot of luck in the draw, there is not any kind of breeding standard or a long history of careful selection so which characteristic of the parents they pick up is luck. You can find puppies from the same littler looking quite different and growing up to be different in temperament and health. To get a sense of where the Havachon comes from lets take a brief look at the parents.

A lot of dogs come with unclear origins and the Bichon Frise is one of them. There is a belief common to many dog experts that he descends from a Barbet and comes from the Mediterranean. It is thought that either Italian or French sailors brought the Bichon Frise home from the Canary Islands. How they got there is disputed somewhat. Whoever brought them over to Europe, they soon became very popular especially with the nobility and royalty. However by the late 1800s they were less popular and he became thought of as a common dog. What saved him from disappearing was his looks and intelligence which led to organ grinders and performers in the circus to keep and train him to perform tricks.

Today the Bichon Frise is a well loved dog known for being cheerful, charming and at the center of everyone’s attention! He can be playful, and while he does have an independent side he does not like being left alone and can develop separation anxiety. He is intelligent and quick to train and loves to perform tricks still to get even more attention!

This dog is the ancestor of dogs that the Spanish settlers brought with them to Cuba after 1492. Those dogs bred with the dogs on the island and eventually developed into the Havanese breed. He was bred to have a long silky coat to protect him from the sun. He was popular amongst the rich Cuban families in the 1800s and by the mid 1800s was popular in Europe too. AS with many trends this one took a down turn and the Havanese nearly disappeared not just from Europe but from Cuba too. Thankfully a small number of Cuban families still bred him and they were brought to the US during the 1959 revolution.

Today the Havanese is a gentle and loving dog who loves to be in the company of his owner or family. If you are moving around the house he will move around with you. He gets anxious too if left alone. He is intelligent and can amuse with his playfulness and clowning around. He is also happy to be a lap dog as long as he is with you. He has a strange habit of trying to get up in high places to watch what is going on so expect to look up on top of tables, cabinets and so on! He also loves to play with and chew paper. Do not let him get to the toilet paper unless you want your house to look like a Halloween prank has happened.

The Havachon is a a lovely dog, very devoted to his owner, very curious about everything, and quite smart. He is quite agreeable too and that makes him easy to train though he can have a stubborn side to him. He likes getting a lot of attention but a small few can develop shyness around strangers if not properly socialized and trained from a young age. He is a great companion dog suitable for most families, singles and seniors. He is gentle, happy and energetic too and loves to explore and solve puzzles.

He is a small dog weighing 6 to 12 pounds and measuring 9 to 12 inches tall. He has a medium length tail, a muzzle that directs up a little and round shaped eyes that are dark brown or black. His ears droop down and he has a double coat that is soft, long haired and silky. Common colors are white, cream, gray, black, brown, silver and blue.

How active does the Havachon need to be?

He can live in any situation really from a large house with a yard to an apartment as long as he gets regular walks as for his size he is an active dog. He should go for a long walk a day plus some play time, or a couple of moderate walks. If he has access to a yard this could be part of his play. He enjoys games like fetch and tug of war as much as any large dog. He has a lot of endurance for a small dog too. If you are looking for a small lap dog that doesn’t need taking out much this is not the right small dog for you.

He is intelligent, he loves to do tricks and is curious so tends to like learning things, and he enjoys your company and is willing. All of these factors make him easy to train. There are a couple of buts though. He does have a stubborn side and he needs a trainer and owner who is firm, consistent but positive with their approach. If he doubts your leadership he will take advantage of that. If he recognizes you as the pack leader training should be easy and take less time than many other dogs. He should receive early socialization and training to ensure he develops into the best dog he can be.

Being a long haired dog he will need brushing two to three times a week to remove any mats or tangles. He should be hypo-allergenic though it is always a good idea to test this before buying if that is a concern. He does not shed much so there is less work vacuuming up after him. Unless you intend to show the dog you can get him trimmed at a professional groomers. He will also need the hair between the pads on his feet to be clipped, around his eyes and ears and his nails to be trimmed when they grow too long. Once a week check his ears and give them a wipe clean and brush his teeth at least three times a week. Give him a bath when he needs one.

This dog tends to be very good with all ages, from small children all the way up to seniors and is also good with other pets and other dogs. Early socialization and training are still an important part of this but those traits are within most Havachons. Children should also be taught to be kind to animals and things that they should not do when playing with dogs of any size.

The Havachon is good for most climates but does better in hot ones than extreme colds. He is not a huge barker but will bark if he needs to alert you to something. It is worth mentioning though that some of these dogs will use barking when he doesn’t want to obey a command you have given. This is not a problem you will save though if you have handled training properly. He will need to eat ½ to 1 cup of high quality dry dog food each day, divided into two meals.

As with any puppy he could inherit health issues from either parent. To avoid this you should ask to see health clearance not just for the puppy but for the parents too. However this practice is less common when buying mixed breed dogs. Possible health issues your dog may be more prone to are Chondrodysplasia, Legg-Perthes Disease, eye problems, Patellar Luxation, deafness, heart problems, vaccination sensitivity, Joint dysplasia, bladder problems and allergies.

Costs involved in owning a Havachon

A puppy should cost between $300 to $800 though if the trend for the Havachon shoots up the prices will too. He will need a carrier bag, a crate, collar and leash. He will also need initial medical tests, shots, neutering and a micro chip put in. These will cost $360 to $400. Each year non medical costs for food, long hair grooming, trainings, a license, treats and toys will come to between $585 to $700. Each year medical costs for check ups, flea prevention, pet insurance and vaccinations will come to between $435 to $550.

Looking for a Havachon Puppy Name? Let select one from our list!

The Havachon is a great small dog, he will be happy to curl in your lap but also needs regular activity every day still. As cute and endearing as he is he will take advantage of you if you do not make it clear you are the boss!