15 Horse Statistics All Animal Lovers Should Know in 2022 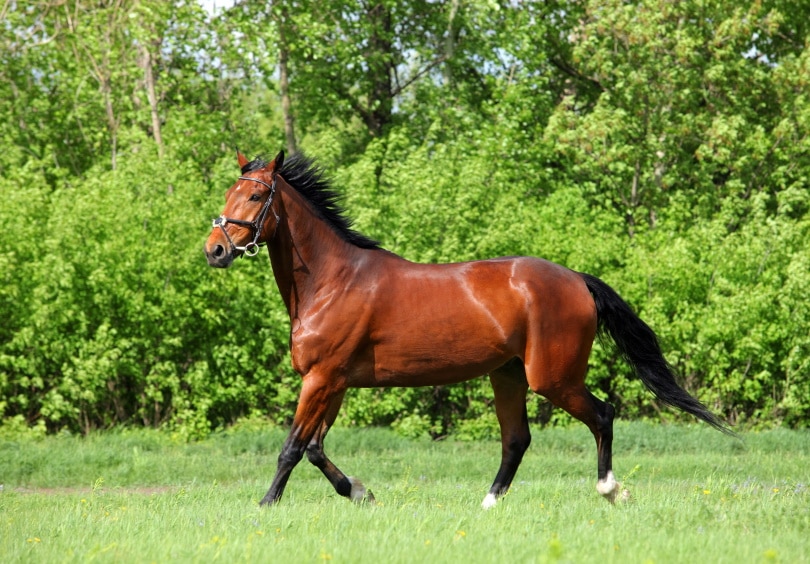 When we picture which creatures animal lovers adore most, horses aren’t at often at the forefront of many people’s minds. However, horses have always been very important to society in terms of the services that they can provide. It makes sense that when it comes to animal-related industries, the horse industry is one of the most prominent.

Given its importance, it’s critical to learn everything you can about it to make sure that the animals are treated ethically. That’s why if you’re an animal lover, you may be surprised and even saddened by some of the facts and statistics that we’ve gathered related to the horse industry in general, as well as different sectors of it. Keep reading for the truth about these majestic animals.

1. The horse industry contributes an average of $50 billion to the U.S. economy each year.

In addition, there are approximately 988,000 people employed by the horse industry, which pays a combined $38 billion for wages, salaries, and benefits.

Texas has the most horses of any U.S. state at approximately 767,000, followed by California and Florida.

3. There are over 1.2 million horses in the horse racing sector of the horse industry.

Horse racing holds the third-highest number of horses in the horse industry. Horses used for recreation are the highest at over 3 million.

4. Many racehorses never have a home or form bonds with other people or horses.

Racehorses are constantly on the go, traveling to different racetracks in different states and countries. There are many people involved in their care, including jockeys, trainers, handlers, and veterinarians. They don’t have time to create bonds with other places, people, or horses.

5. Many racehorses become addicted to drugs.

Sometimes trainers and veterinarians give racehorses drugs so they can race even when they aren’t physically able to. Some common drugs given to racehorses are steroids and anti-inflammatories that can make a horse run faster or ease pain.

Horse racing is a competitive sport, often with high monetary stakes involved. Horses are not given much time to rest. Many horses are often euthanized due to not handling surgery well and as a way to save money for veterinary expenses and fees.

7. Limb injuries are the leading cause of death in racehorses.

Even minor injuries can result in death, including strained tendons and hairline fractures. These two injuries are hard to diagnose and can become worse during consecutive races. Other causes of death include respiratory and digestive issues as well as other organ system disorders.

This is the lowest number of fatalities reported since the Jockey Club first started compiling injury and fatality rates in 2009. The 1.41 fatalities represent a 29.5% decline since that same year.

9. The Burns Amendment repealed the prohibition of the commercial sale of wild horses and burros for slaughter.

In 1971, the Free-Roaming Wild Horses and Burros Act was passed, protecting them from capture, harassment, and death, including due to slaughter. In 2004, the Burns Amendment was passed in Montana which repealed the 1971 Act.

10. In 2007, all facilities in the U.S. that slaughtered horses for consumption were closed.

A court ruling upheld a Texas law that banned horse slaughter. However, it doesn’t prevent horses from being shipped to other countries for slaughter for human consumption.

11. Tens of thousands of horses are sent to Canada and Mexico for slaughter every year.

Since horse slaughtering facilities were closed in the U.S., the number of horses sent to Canada and Mexico for slaughter increased from the years prior to 2007. The year 2012 saw the highest number, with over 166,500 sent to these two countries.

12. Approximately 50,000 wild horses have been rounded up by the Bureau of Land Management (BLM).

13. Equestrian sports are the leading cause of sports-related traumatic brain injury in the United States.

14. The overall injury rate for horse riding is low compared to other sports.

There are approximately 3.7 horse riding injuries for 1,000 hours of participation in the sport. This is compared to 10-35 injuries in football, 9.1 in basketball, and 7.5 in ice hockey. However, horseback riding injuries are more likely to result in hospitalization.

15. Rodeo events are the most likely equestrian-related activities to result in injury.

Horse racing is a sport that has been around since the 12th century, but it is not as popular today as it used to be. This is mainly due to the discovery of how these horses are treated, especially after dozens of horses died at one California race track, Santa Anita, in one year.  The unethical treatment of horses including drugging and abuse has caused many people to boycott the sport.

In fact, the drugging of horses has been one of the most controversial topics in the industry. Concerns surrounding the lack of a singular regulatory body to monitor the safety of the horses.

Another concern surrounding horse racing was a loss of money due in part to the coronavirus pandemic. Many races were canceled or put on without the presence of spectators. This posed a huge problem for bettors who make a lot of their money betting on horse racing.

However, despite these problems, horse racing is still a multi-billion-dollar industry. New legislation to form a regulatory body under the U.S. Anti-Doping Agency passed and is expected to start in July 2022. The hope is that this will help to diminish some of the controversy surrounding horse racing and raise its popularity, especially with young people.

2. Is it illegal to drug horses for racing?

The answer to this question is complicated. Some drugs are legal in certain doses and in certain cases. Plus, each state has its own anti-doping regulations and rules (which further verifies the need for a single governing body to control doping). Not only does doping horses encourage cheating, but it is also harmful to the horses.

With that being said, there are some drugs that are completely banned in horse racing. Examples of these drugs are steroids or drugs that allow the body to send more blood to the horse’s muscles.

However, there are some drugs that are considered therapeutic. These drugs are not typically banned from horse racing. Sometimes they are used to ease or mask pain, but in a lot of cases, they are abused. However, due to varying regulations and the lack of a central governing body, it can be hard to determine at what point giving a horse therapeutic drugs turns into doping and/or cheating.

3. What drugs are abused in horse racing?

There are two drugs that are legal to use in horse racing but are commonly abused. The first one is Lasix, which is used to treat human patients that have certain heart, liver, or kidney problems. But it can also supposedly “prevent bleeding in the lungs,” which is why it is often given to horses on race day. In actuality, the drug makes horses lose weight and run faster since it is a diuretic. Giving Lasix to horses has since been banned on race day starting in 2021.

The other type of drug that is commonly abused in horse racing is anti-inflammatory steroids. These are used to prevent pain and are often given to horses who are recovering from injury. However, it is often given to already injured horses on race day to make them able to race, which can actually make injuries worse because the horse doesn’t know when to quit while medicated. The Horseracing Integrity and Safety Authority, the new governing body, is designed to implement regulations, testing, and enforcement of drug abuse in horse racing.

4. Why are horses slaughtered?

The main reason that horses are slaughtered is for human consumption. However, it is dangerous for humans to consume horse meat. Horses that are collected for slaughter come from different sources and there is no system in place designed to track the medical history of horses.

(The Humane Society of the United States)

Much of the opposition to slaughtering horses in the United States is due to its inhumaneness. There is no way to make it humane either due mostly to a horse’s biology. Horses tend to be skittish, which makes it hard to tranquilize and euthanize them in a way that is humane. Because of this, horses are often physically abused and tortured, which only prolongs their death.

(The Humane Society of the United States)

Many of the facts and statistics that you learned in this article may have been surprising and even a little upsetting.  While some sectors of the horse industry are okay in terms of ethics and the overall treatment of horses, there are others that are not.

It’s important to remember that horses have feelings too. That’s why increased education and awareness of the problems that are found in this industry can help decrease the abuse and otherwise unethical behavior that horses are put through, and hopefully eventually prevent it from happening altogether.