How Big Do Ball Pythons Get? (Size & Growth Chart) 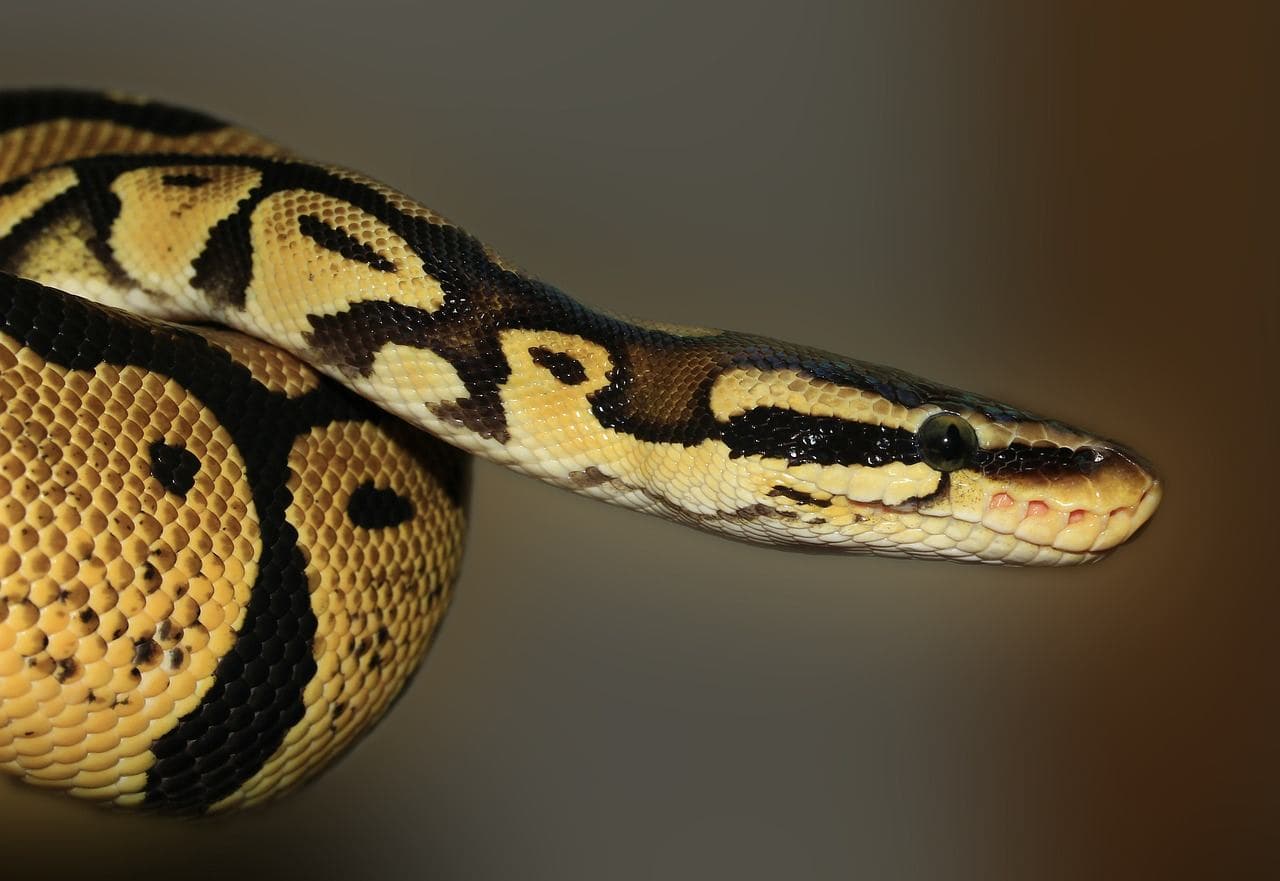 The Ball Python, also commonly known as the “Royal Python,” is native to West and Central Africa and is named after their unique defensive behavior. Ball Pythons will curl up into a tight ball with their heads in the center when they feel threatened.

They are popular pet reptiles due to their beautiful coloring and patterns, their exceedingly long lifespans, and their ease of care that makes them ideal for beginner reptile enthusiasts. Of course, keeping a Ball Python is still a massive responsibility, as they require specialized care and attention. Ball Pythons often require several different enclosures throughout their lives to meet their needs as they grow in size, so it helps to know exactly what to expect in terms of their growth rates.

In this article, we’ll give a rundown of a Ball Python’s growth rate, how much to feed them at these different stages, and general care guidelines. Let’s get started!

Facts About the Ball Python

Ball Pythons are one of the most popular reptiles kept as pets and for good reason. Besides their unique morphs and patterning, they are docile and easily handled with proper socialization, making them ideal for beginners. Their beautiful patterning earned them the nickname, “Royal Python,” as they were often worn as jewelry among African royalty, and no two Ball Pythons are alike.

Ball Pythons are slightly smaller and shorter-lived than many other python species, but they can still easily live for up to 40 years in captivity. They are easily bred in captivity too, and this has led to many unique varieties of Ball Python, including pastel, pinstripe, albino, Mojave, and spider varieties. Breeders are constantly developing new morphs, and there are an estimated 6,500 different varieties currently in existence.

The two main factors that affect the size of Ball Pythons are their food and enclosure size. Pythons that are kept in small tanks where they cannot adequately stretch out will be smaller on average, and females tend to be slightly larger than males in general, although this is not universally the case.

Ball Pythons are notoriously finicky eaters, and it can be difficult to introduce a new food to them. Snakes can go for a long time without a meal, and although this is not ideal for their health, overfeeding is also a large risk. To ensure a healthy growth rate, aim to feed younger pythons every week or two, and older pythons will only need a meal once or twice a month.

All pythons grow at different rates, and their growth rate is determined largely by what food they are consuming and how much. The following chart is an approximate average of the weight that your python should be when fed mice versus young rats. As you can see, the more substantial the food they eat, the faster they will grow.

Ball Pythons typically reach maturity at around 3 years old but do continue to grow very slowly after this point. That being said, Ball Pythons usually reach a maximum length of around 4 feet, with females usually being slightly longer. Males are typically 3-3.5 feet in length, and both sexes will reach a weight of around 3-5 pounds maximum.

When compared to other python species, they are a relatively small snake, and this is a large part of what makes them such popular pets.

Obesity in captive Ball Pythons is, unfortunately, a fairly common problem, and it is often mistaken for a fast growth rate. However, easy-to-spot symptoms include wrinkling or folding scales, visible skin between scales, round body shape, and skin that is very soft to the touch.

The key to avoiding obesity is to feed your python the correct amount of food according to their age. As a general rule of thumb, young snakes need a little food often, whereas adult pythons require more substantial meals less often. Also, make sure they have a large enough enclosure that they can move around and exercise in.

Why Won’t My Ball Python Eat?

There are times when your python may not be eating as much as usual or as often as they should. When this happens, there is usually no reason to worry. It may be that the serving is too large, there may be something in their environment causing them stress, or it may even be seasonal. Some Ball Pythons may not eat for up to a month in some cases! Try to pinpoint the potential reasons for your snake not eating, such as environmental stress or changes in diet, and if your snake still hasn’t eaten for 40-60 days or is showing signs of physical illness, you should take them to a vet.

Compared with other python species, Ball Pythons are comparatively smaller, and this is a large part of what makes them such popular pets. While most Ball Pythons will reach a maximum of about 4 feet in length and 3-5 pounds in weight, they are often smaller when kept in captivity. The biggest factor affecting your Ball Python’s growth rate is the size of their enclosure, which needs to be big enough for them to stretch out inside of, and the amount of food that you give them at different growth stages.